On Friday, Jodie Turner-Smith dropped a teaser for Anne Boleyn on her Instagram. The lighting continues to be bad, but besides that, the teaser shows us brief hits of Anne Boleyn as the world starts to close in around her, with no sons delivered to Henry VIII and a venomous court salivating over her downfall. You know, all the typical Anne Boleyn things. Which makes the tag line of this series sort of confusing, since it reads, “You may know the history, but you don’t know her story.” Now, I’m guessing they’re attempting to play into the history/herstory convention in feminist historical studies, but I don’t think it works in re: Anne Boleyn AT ALL. Anne is one of the most studied, most documented women in European history (along with Joan of Arc and Marie Antoinette, what do they all have in common, hmmm). In film and television, she has been portrayed by the likes of Natalie Portman, Natalie Dormer, Jodhi May, Vanessa Redgrave, and Charlotte Rampling, among others. Unless they’re going to come out strong and insist that Anne really WAS a witch, then we’re all pretty familiar with her story. Try again, marketing department.

As for Jodie Turner-Smith, it’s just a 60 second teaser, but she seems to have the intrigue and sexiness and conviction down pat. I’m into it. But every time I’ve written about this project, people inevitably email me to tell me how they’re not into it, and that if Jodie Turner-Smith can play Anne Boleyn, who was white, then Tom Hanks should be able to play Martin Luther King, Jr. (I’ve seen this example given no less than four times, is someone sending out a memo or something?). First of all, no, and second of all, if you can’t understand the difference in casting BIPOC in historical roles when they have historically so little opportunity to star in projects like this, and casting white people who have EVERY opportunity to star in projects like this, then I don’t know how to explain it to you. I’ve said it a million times, it’s about access and opportunity, but it’s almost like the people complaining about colorblind casting don’t actually care about those things or about making a more equitable industry for everyone.

Also, there is modern relevance to reimagining a controversial English queen who was singled out and persecuted for, allegedly, ensorcelling a king and turning him against the interests—in some views—of his nation. Who does that sound like in this day and age? A beautiful interloper, who happens to be a Black woman, who captures a royal’s interest and leads him to make a massive, culturally divisive shift from the norms of his family…who could it be? Anne Boleyn’s story, reimagined starring a Black woman, carries a lot of significance in a post-Sussexit world. I don’t think the producers of Anne Boleyn came to their casting decision because of Meghan Markle, but Anne Boleyn and Meghan Markle are two women who have had outsize impact on the British monarchy, and Anne, like Meghan, was targeted by what passed for the media machine in her day (to this day there are surviving descriptions of Anne being covered in moles and having six fingers, because she was a “witch”). A big reason to advocate for BIPOC casting in historical roles is because it can highlight the way in which stories that are hundreds of years old can still resonate with us today. Casting Tom Hanks as Martin Luther King, Jr. does not accomplish the same thing. But again, the people who complain about colorblind casting aren’t interested in these discussions. Feel free to vent your spleen at my new email address [email protected] 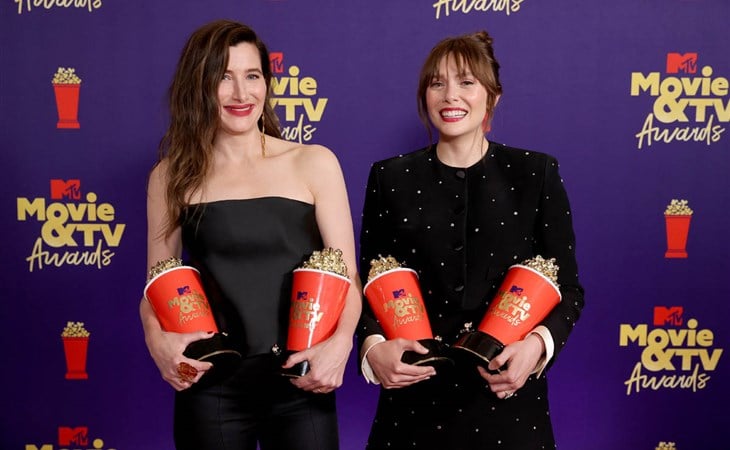