Oprah Gets the Meghan Treatment

Since Monday, when CBS announced that it will air the 90 minute Oprah Winfrey in conversation with Meghan Markle special on March 7, there’s been a lot of angst about it over in the UK. The tabloids, as usual, are accusing Prince Harry and Meghan of hypocrisy; they’re reporting on the British royal family’s worries about what, exactly, the Sussexes will say; and, as I linked to yesterday in What Else?, they’re also going after Oprah herself.

Harry and Meghan to talk to their friend Oprah Winfrey, who made her name doing â€œtabloidâ€ TV talk shows. https://t.co/Q9afK1xQZI

Let’s start with the royal family. Royal commentators are saying that Harry and Meghan should have had the “common courtesy” to give the Queen the heads up about the interview. There are reports that members of the family are “concerned” about what Harry and Meghan will reveal. It’s just been announced that Prince Philip has been taken to hospital for precautions because he’s not feeling well and right about now the tabloids will probably publish a story about how that’s Harry and Meghan’s fault, even though the man is now 99 years old.

Isn’t all of this… off-brand for the British royals, though? Like their whole sh-t is about being above things, never complain, never explain, never bothered. The monarchy is unflappable. Allegedly. And yet we’re getting story after story about how flapped they might be over Harry and Meghan and what tea might be spilled when they hang out with Oprah. A few months ago, the narrative that the tabloids were trying to spin, likely with input from courtiers, was that the British royals were doing just fine without the Sussexes. Good riddance, remember? Royal image consultants, hey, can we talk? Because you may not be doing as good of a job as you think are you are. This is sh-t PR, pick a lane. Either the royal institution is stoic and immune and not checking their mentions every five minutes like a common influencer or they are like the common influencer and living and dying on every like and heart emoji…which one is it?

As for the criticism of Oprah, and disparaging her talk show beginnings, instead of mentioning that, you know, she’s a self-made BILLIONAIRE who remains one of the most powerful media figures around the world, dragging her like this only plays right into Oprah’s hand. Oprah is a celebrity who interviews celebrities. Most of the time, Oprah is more famous than the people she interviews – and there are very few interview subjects who have the profile and the influence of Oprah, which is why sometimes her interviews are a weird dance. Because they sometimes become about Oprah herself. If that’s what people are challenging her on, there definitely is a discussion to be had. This, however, is not what the controversy is about.

In addition to undermining Oprah’s credentials, the UK papers also seem to be suggesting that Oprah was super-thirsty about getting Harry and Meghan to talk. Per The Times of London, via Page Six:

“Oprah Winfrey courted Meghan Markle and Prince Harry for three years to land her exclusive interview with the couple, it was reported Tuesday.

While the 67-year-old talk show queen was described as a “friend of the couple” when she was a guest at their May 2018 royal wedding, she had only met Markle once before then — while first trying to land an interview, according to the Times of London.

She continued to play the “long game” and acted as the Duchess of Sussex’s mentor, even befriending her mother, Doria Ragland, when they moved to Oprah’s upscale California neighborhood last year, the UK Times said.”

The tone here is unmistakable: Oprah schemed, Oprah exploited, like Oprah was somehow shady in her pursuit of the Sussexes. Like somehow they’ve forgotten that one word from Oprah can affect the price of a stock, LOL. And of course there are those pointing out that Oprah was at Harry and Meghan’s wedding, seated in the inner chamber, even though she didn’t know them very well. On that point, and it’s one that we haven’t spent a lot of time discussing, and it’s what Harry and Meghan are frequently criticised for – the celebrity factor at their wedding used as evidence of their famewhoriness. It’s not that I don’t think Harry and Meghan behave like celebrities because they are and they do, and it’s not that I don’t think Harry and Meghan don’t like the attention, because we should have the space to have that conversation about how they perform and activate their celebrity, but it should also be noted what that wedding meant for a lot of people, even those who didn’t know the couple very well.

A Black woman was becoming a member of the British royal family. For many Black people around the world, this meant something that those of us who are not Black will never understand. Not all Black people, but a lot of Black people. In a sense, then, and here’s a comparison that might put it in perspective for a lot of people, this shares some similarities to an inauguration. It doesn’t matter that Oprah wasn’t best, best, best, best friends with Meghan. She was on the guest list because she’s one of the most powerful Black women in America and, arguably, around the world – and she was there to witness another American Black woman becoming a princess. Meghan and her mother, Doria, would have understood this most of all, the significance of that moment being bigger than them. So to reduce Oprah’s presence at the wedding to simple celebritisation (and that of course was part of it, but not all of it) is to overlook the part that race has to do with it. Or, worse, to actually know the greater social and political meaning of this marriage and actively diminish it.

But now, on top of all that, the British tabloids have made Oprah an even bigger player in this situation; by criticising her, questioning her motives, and conveniently downgrading her status, Oprah now has even more reason to insert her own personal experience into this conversation with Meghan. Oprah can now nod to the articles being written about her now by the same people who’ve been bitching about Meghan for the last four, five years and say… oh… me too. Meghan, they’re doing it to me too. And, frankly, it’s an experience they already had in common, being Black women, almost never on the receiving end of grace and or generosity. This may turn out to be a major media miscalculation – yet another one – on the part of certain members of the British press. They might have their own Queen, but they’ve just given the Queen of Talk something to talk about. 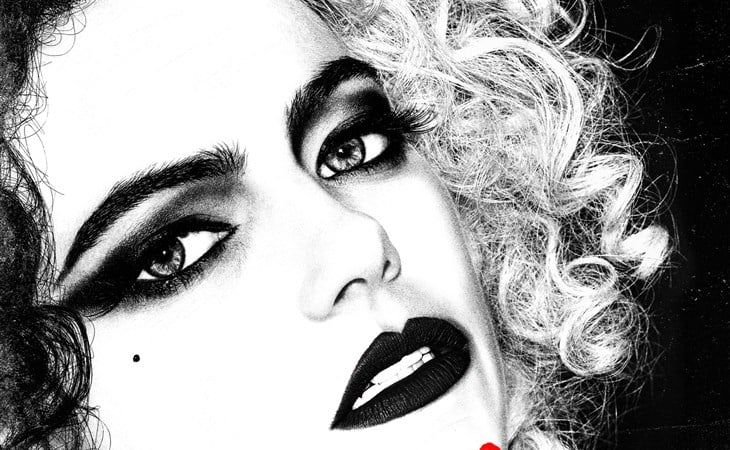