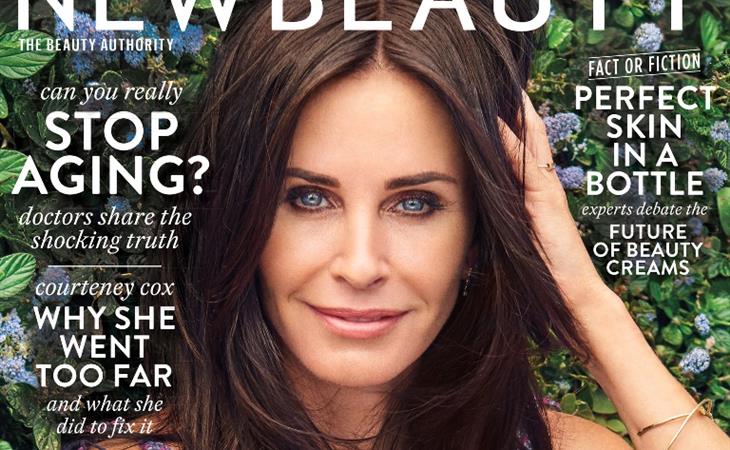 Courteney Cox gets real about her face

Courteney Cox is on the cover of the current issue of New Beauty. When you’re on the cover of a beauty magazine, obviously most of the conversation will be about beauty. And most of the time, when celebrities show up on the cover of beauty magazines, the beauty conversation is about what products they use, getting enough sleep, eating well, exercising, and drinking water. Right? How many times have you read about some actress talking about how the “secret” to how she looks is 8 hours sleep and hydration? And how many people still believe that it’s simply about sleep and water?

This is why I’m so into Courteney’s interview. Because she gets more real about her face than we’ve heard in a long time. And it’s not the first time. But this time, I like the detail. I like how she describes the progression. A friend of mine calls it “the slippery slope”. All you wanted was some Botox to begin with. But you go in for some Botox and suddenly you’re getting your nose done and your eyes pulled back and your cheeks injected and your lips filled. Here’s what “the slippery slope” looked like for Courteney Cox:

NB: How did trying to "keep up" with your appearance get you in trouble?

CC: Well, what would end up happening is that you go to a doctor who would say, “You look great, but what would help is a little injection here or filler there.” So you walk out and you don’t look so bad and you think, no one noticed—it’s good. Then somebody tells you about another doctor: “This person’s amazing. They do this person who looks so natural.” You meet them and they say, “You should just do this.” The next thing you know, you’re layered and layered and layered. You have no idea because it’s gradual until you go, “Oh sh*t, this doesn’t look right.” And it’s worse in pictures than in real life. I have one friend who was like, “Whoa, no more!” I thought, I haven’t done anything in six months. I didn’t realize.

NB: So your friend told you she thought you were doing too much?

CC: Yeah. But I’d see pictures and think, “Oh, is that what I look like?” And I’d ask a friend and they’d say, “Oh God, no.” And I never thought of myself as being delusional. I think photographs do show up worse, so when people in the world see you and write comments that are usually mean, I think, “It can be worse than what it really is.”

NB: Well, you look amazing. What are you doing now?

CC: I’ve had all my fillers dissolved. I’m as natural as I can be. I feel better because I look like myself. I think that I now look more like the person that I was. I hope I do. Things are going to change. Everything’s going to drop. I was trying to make it not drop, but that made me look fake. You need movement in your face, especially if you have thin skin like I do. Those aren’t wrinkles—they’re smile lines. I’ve had to learn to embrace movement and realize that fillers are not my friend.

NB: So are you done with treatments?

CC: I don’t know what the future holds, but I know I want to stay natural. But, they come up with new stuff all the time—it’s crazy how many new machines are out there. I believe in getting laser treatments like Clear + Brilliant. I believe in microneedling. I think microcurrent technology makes sense to strengthen your muscles.

It’s true about photographs. That “different in pictures” thing happens with makeup too. You ever put makeup on and it looks good in your bathroom mirror and then someone takes a picture of you and you’re like, f-ck, is my eyeliner really that wonky? You look different in different light. So imagine what happens when it’s not just makeup but makeup ON TOP of Botox and fillers?

And it’s also true about not seeing yourself until you really SEE yourself in the photos. Because in addition to what Courteney says about it being “gradual”, it’s also the image we have of ourselves in our own minds. Sometimes that doesn’t exactly line up to what’s real.

The point is, I appreciate this. I appreciate that Courteney Cox isn’t here telling us about sleep and water and kale smoothies. That she’s like, yeah, so, this is how it REALLY works. Which is why I think I believe her when she says she says she’s not using fillers anymore and sticking with laser treatments. If you’ve been reading my site for some time you know I’ve been doing the microderm abrasion + cold gel laser double blast with Lorinda Zimmerman at W Skin Care for years now. I’ve been trying to talk Lorinda into giving me a peel, because I’ve never had one, and I want to see if the effects will be even better in combination with the laser. But so far she’s refused me as she says I don’t need it yet, which is also why I keep going back to her. Because Lorinda is not about, as Courteney says, “layering” on so much sh-t at a time on that “slippery slope”. Not that I’m above the slippery slope. One day, I’ll probably want much more than laser treatment and peels. Sometimes I feel like my eyes are sliding down both sides of my face. If that happens, and you ask me about it after, should I tell you my eyes look fresher because I’ve been getting more sleep and drinking more water?

Click here to read more of Courteney Cox’s interview with New Beauty, including her thoughts on having another baby and her relationship with Johnny McDaid. 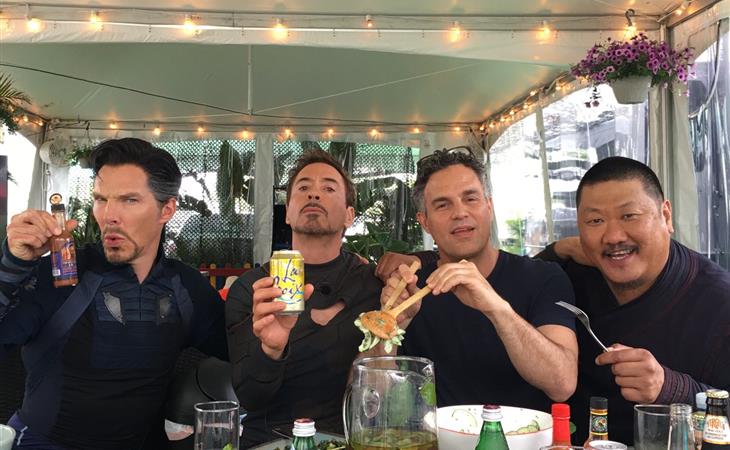