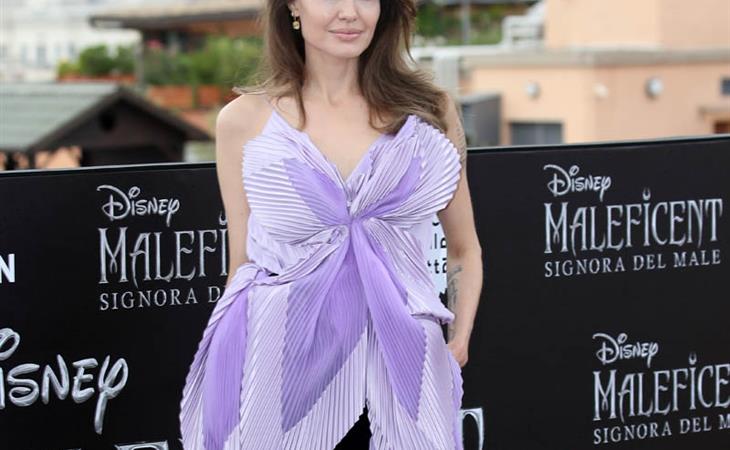 On Friday, in my post about Angelina’s interview with Madame Figaro, I wrote that it feels like Angie’s making a comeback even though she’s never gone anywhere but she herself is talking like it’s a return to form, a return to self. A rediscovery of self. And she’s dressing like it too.

It’s been years since Angelina Jolie’s been exciting for style. I’m not sure she’s ever been? Part of it is That Face. When you’re that beautiful, it doesn’t matter what you’re wearing. Part of it is that I’ve never been convinced she has great taste in clothes. She’s worn a bombshell dress, sure, but picking a bombshell dress is easy, and I don’t know that she’s ever been interested in Fashion, capital F. Now though?

Now it’s a Givenchy top, pleated and arranged like a butterfly, the wings falling long on both sides of the body – not by any stretch safe or basic, but the most imaginative, and therefore exciting, style choice she’s made in years. It’ll be polarising, for sure some people won’t get it…but I think that’s the point. That it was even an option to begin with. That she asked for something not black, not boring. That this is how she wanted to be seen. And, clearly, she loves it. Watch these three minutes of Angie feeling herself and giggling with Michelle Pfeiffer.

Can we take a moment to appreciate Angelina Jolie's @Givenchy top *and* her friendship with Michelle Pfeffier at the #Maleficent photo call? pic.twitter.com/04wmkd07dP

Feeling her whole damn self!

I’m not saying Angie’s going to be like Celine Dion, taking over Paris Fashion Week next summer. But we can hope. Also, Givenchy is Clare Waight Keller. So, maybe, it’s fashion that brings Angelina and Meghan Markle together. Which would be GREAT for gossip, for the future of gossip. What if it’s Angelina who reinvents the Squad? 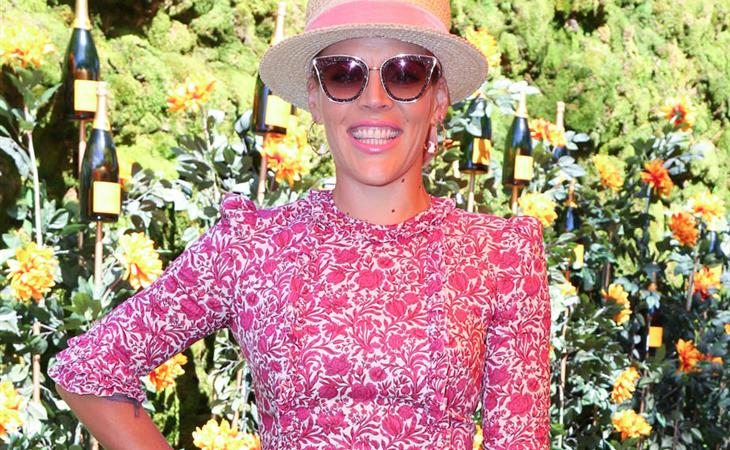 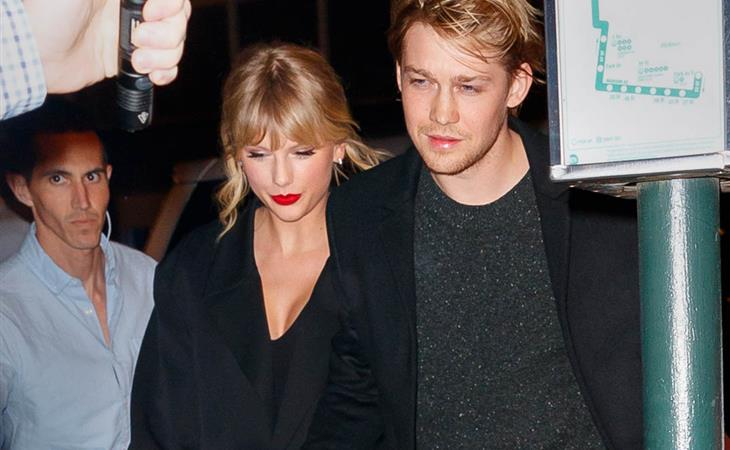