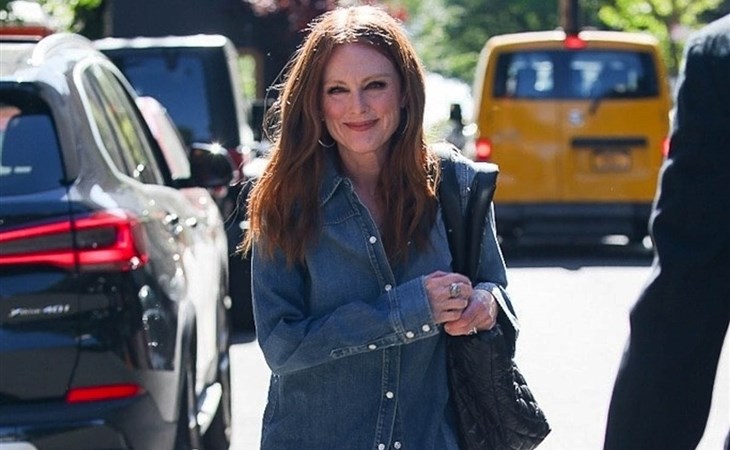 Here’s someone we haven’t talked about in a while…

Julianne Moore was photographed yesterday in New York, presumably doing some promotion for the upcoming Lisey’s Story, an eight episode series premiering on Apple TV+ on June 4. The series is based on Stephen King’s book of the same name and he adapted his own work for television, directed by Pablo Larraín who seems to be becoming, or already is?, an actress’s director with Jackie and Natalie Portman, the upcoming Spencer with Kristen Stewart, and now Julianne. I’ve embedded the Lisey’s Story trailer below – it’s Stephen King so, obviously, there’s the element of psychological thriller here but this is also a story about grief and there’s no doubt we’re getting the full Julianne Moore here, all the angles and depth she can bring to a role. I wonder if that means that Julianne will be in contention for an Emmy next year. Lisey’s Story does not premiere in time for consideration this year but since it’s Julianne Moore, we could see her back at the Emmys in 2022, which would be ten years after her first Emmy nomination and win for playing Sarah Palin in Game Change. How was it that long ago?!

As for her outfit, I know it’s nothing spectacular, but I do love the denim-on-denim situation here and I especially LOVE the fit of these jeans. I must know what they are. It has been over a year since I last put on a pair of jeans and in this time, I have made some jeans resolutions. I am a jeans person, lots of jeans in my closet, different washes and different fits. From now on though, I’ve decided… no more jeans that don’t let my calves breathe. I’ll do a high waist and a mid-waist, I’ll do boyfriend and mom and drop crotch but the calves must not be contained. So no skinny and also no bootcut. If you’re looking for a recommendation, these are the jeans I’m most into right now, not that I’m wearing them, but I ordered them and plan to put them on eventually because they fit like sweatpants.

Anyway, to go back to Julianne’s jeans – they’re SO good, not tight around thighs or the calves and they stop perfectly frayed above the ankle. Must source. 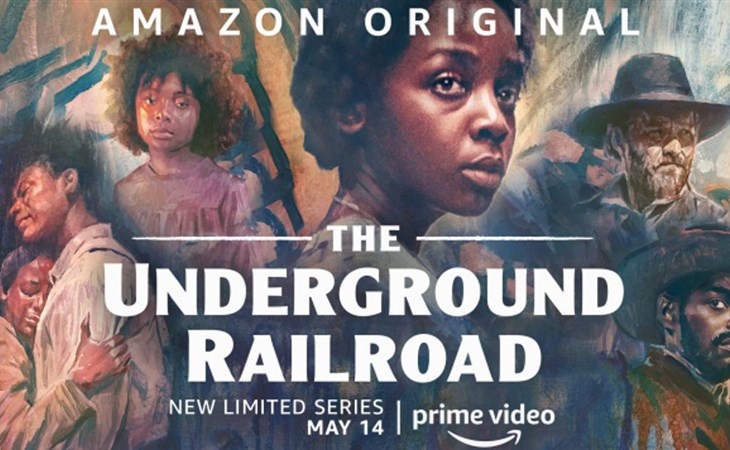 The Underground Railroad rolls to a close