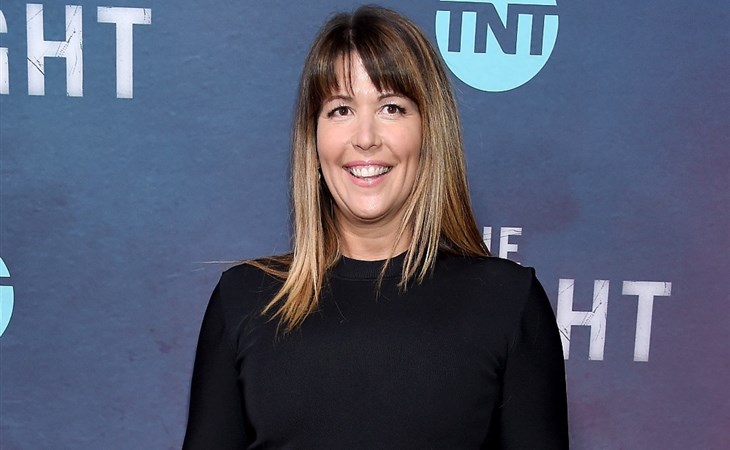 Patty Jenkins gets a Star War

Among all the news coming out of the Disney investor day, one big hit is that Patty Jenkins will be directing a Star Wars spin-off titled Rogue Squadron for Lucasfilm, making her the first woman to head up a Star Wars film. She shot an introduction video for it, explaining she’s always wanted to make a “fighter pilot movie” because her father was a fighter pilot (who sadly died in a training accident). Her passion for the subject is palpable in her intro:

Okay, yes, this is corporate brand expansion at its best, BUT, can we also be glad that someone who obviously loves the subject and is excited by the material is in control? We’ve seen that Jenkins can make great, inspiring adventure films. If she can bring a bit of that magic to Star Wars, I’m in. Rogue Squadron will, I assume, tell the story of the X-Wing squad Luke Skywalker founded. But will it include a young Luke Skywalker? An intriguing possibility if so, though I, of course, am hoping for new people doing new things in new places. That might be too much to ask of Star Wars, though. They love tying all their lore together. Notably, this title card treatment does NOT include the “A Star Wars Story” subtitle we saw on Rogue One and Solo. Given that both of those movies had massive behind-the-scenes issues, and Solo was a flop, perhaps they’ve ditched that particular bit of branding? It’s fine, no one will miss it.

Of course, Jenkins’ current movie, Wonder Woman 1984, recently made headlines because it will be available day-and-date in theaters and on HBO Max. I do not think that will happen to Jenkins working for Disney. For one thing, Rogue Squadron isn’t due till December 2023, so the pandemic excuse shouldn’t be a factor, and Disney has an entirely separate strategy for their streaming platform than Warner Brothers. From the jump, Disney has been pursuing a split strategy of interconnected stories on TV and in the movies. Disney doesn’t NEED to put their blockbuster films on Disney+, because 1) Disney+ is smashing all subscriber expectations even with minimal original offerings, and 2) there will be 10 Star Wars shows rolling out on Disney+ over the next few years. They don’t need to boost Disney+ with their theatrical films because they’ve got plenty of stuff in the pipeline for Disney+ already, from series to films to the occasional day-and-date exclusive (like Raya and the Last Dragon, which, like Mulan before it, will be available on opening day for a $30 premium charge. Obviously, Mulan didn’t flop if they’re willing to repeat the experiment).

So, where Patty Jenkins has joined the chorus of filmmakers unhappy with Warner Brothers dumping their 2021 films on HBO Max—though notably Jenkins had her back-end profit-sharing deal essentially bought out by Warners for Wonder Woman 1984, a deal not extended to the 2021 directors—I don’t think she needs to worry about the same happening with Disney. They’re just in a completely different and much better place than Warner Brothers. More likely, by the time Rogue Squadron is hitting theaters in a few years, there will be a companion series on Disney+ to go with it. Still, this announcement is a sucker-punch to Warner Brothers, who is in real danger of all their notable and cinema-conscious filmmakers jumping ship. The Jenkins deal with Disney was in motion before Warners’ bombshell announcement, but this still looks pretty bad. The HBO Max announcement was meant to boot WarnerMedia stock, but instead it’s been one nightmare after another, and now Disney has stolen all the good press going into the weekend, with their golden girl filmmaker no less. Just a real dick kick for poor Warner Brothers.