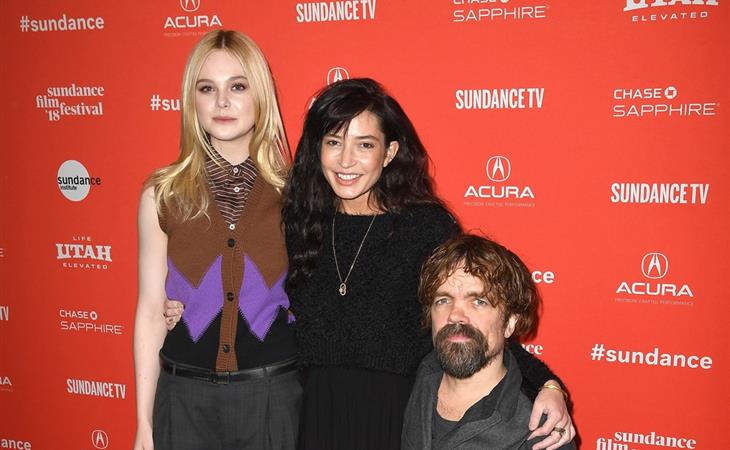 Not the Tiffany song

After working as a cinematographer, Reed Morano made her directorial debut with 2015’s Meadowland. Following that film, she went to work in television, directing episodes of The Handmaid’s Tale—for which she won an Emmy—and working as one of the cinematographers on Beyoncé’s Lemonade. Morano has been busy ever since she broke out, and her next film is due in September. It’s called I Think We’re Alone Now and, somewhat sadly, it is not a behind-the-music drama about Tiffany, but it is an apocalypse drama starring Peter Dinklage and Elle Fanning.

The teaser trailer dropped yesterday, revealing a post-apocalyptic Dinklage who is enjoying his solitude. (Curmudgeons will do GREAT in the apocalypse.) Alone premiered at Sundance, where it won a jury award, but it’s being released in September, which is not a good sign. September isn’t a movie month, what with back to school and the fall festivals preoccupying distributors. No one releases a movie that needs nurturing during September because no one has time to babysit when everyone is scrambling to either promote or acquire their Oscar hopeful. The result is that while it isn’t quite the boneyard of January, it’s still a pretty bleak cinematic landscape.

So while I am 100% down with a post-apocalyptic drama starring Dinklage and the tall Fanning, I am also a little leery of that release date. It’s not a confidence builder. Morano has shown herself to be a capable director so it’s not like I’m expecting garbage, just that September date is a warning sign. And I will confess to being a teensy bit bummed this is not, in fact, a behind-the-music drama about Tiffany. For the record, I would watch the sh*t out of that.