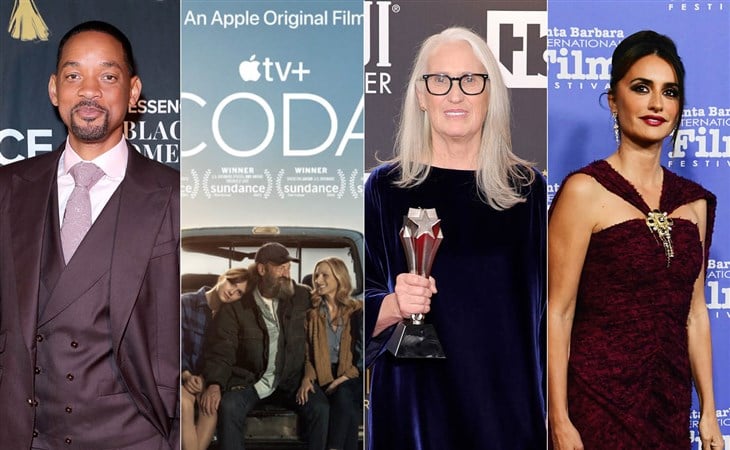 This awards season has been 1) INTERMINABLE, and 2) CHAOTIC. Dramatic momentum shifts, wild nominations at precursor award shows, races too close to call—these Oscars are so chaotic, they should be called the Chaoscars .

Predicting Oscar wins is tougher than usual for a number of reasons, ranging from the ongoing pandemic still resulting in hurly-burly film releases and questions about what and how much the Academy has actually seen, to the recently expanded membership still being a question mark when it comes to taste, to the general air of chaos all awards season resulting in dramatic momentum shifts and truly unpredictable categories (plus this year is the return the ten-film Best Picture category). Generally, when I do this, I attempt to think like an Oscar voter, considering not what I WANT to win, but how I think the Academy will vote given their history and taste. This year, the Oscars feel like a busted March Madness bracket, and I’m tempted to just make my picks as chaotic as possible, in the hopes that the Oscars deliver maximum drama. I shall try to control myself, and make earnest picks, but just know I am rooting for chaos to consume us all on Sunday night.

However this turns out, I suspect it’s a close vote. The Power of the Dog was the presumptive favorite for much of the season, but CODA peaked at the right time, and it has the benefit of being a feel-good film at a time when people are looking for uplifting escapism. That will leave a good impression that lingers in voters’ minds. Just don’t call it Green Book.

Upset: The Power of the Dog

Despite recent controversy, this is still Jane Campion’s to lose, which would make her just the third woman to win, and the first time—if she does win—Best Director will be handed from one woman to another.

Favorite: Jane Campion – The Power of the Dog

I just can’t shake the feeling Penelope Cruz is going to shock us all, and truly make these the Chaoscars.

Nicole Kidman – Being the Ricardos

Will Smith is virtually unstoppable at this point.

Upset: Benedict Cumberbatch – The Power of the Dog

Denzel Washington – The Tragedy of Macbeth

Javier Bardem – Being the Ricardos

The two safest bets in your Oscar pool are Troy Kotsur…

Upset: Kodi Smit-McPhee – The Power of the Dog

Jesse Plemons – The Power of the Dog

J.K. Simmons – Being the Ricardos

Dark Horse: Kirsten Dunst – The Power of the Dog

This is another category I suspect is close, and despite Don’t Look Up winning the WGA award, I suspect it comes down to PTA and Sir Kenneth.

Dark Horse: Joachim Trier and Eksil Vogt – The Worst Person in the World

This is one of the most chaotic, too close to call categories, but it is also a preview of Best Picture. The screenplay awards are usually handed out early in the show, and if CODA loses, it’s over for its Best Picture hopes, but if it wins, Best Picture will be a nail-biter.

Upset: Jane Campion – The Power of the Dog

This is one of the categories being handed out before the telecast starts, but it is also one of the tightest races going into Oscar night. In olden times, Best Editing and Best Picture usually went hand-in-hand, but with ten nominees for Best Picture and only five here, there will likely be more splits between those categories, as I am expecting this year.

Peter Sciberras – The Power of the Dog

Should she win, Ari Wegner would be the first woman to win this category, but Greig Fraser, who also lensed The Batman, has been building momentum over the last month. Given that he did back-to-back super stylish blockbusters, a feat his peers recognize, I think he has the edge.

Upset: Ari Wegner – The Power of the Dog

Bruno Delbonnel – The Tragedy of Macbeth

Hans Zimmer is the favorite, despite being name-checked in an exposé of how top score composers use musical ghostwriters to pump out their movie scores. That might account for why so much of Zimmer’s music over the last twenty years sounds the same.

Upset: Jonny Greenwood – The Power of the Dog

It feels weird to go against Beyoncé, but Bond songs are pretty much automatic wins, even when they’re not good, and “No Time To Die” is pretty good, and the Encanto soundtrack has been topping the charts for months, giving it the pop edge (plus it has the Lin-Manuel Miranda boost).

“Somehow You Do” – Four Good Days

This will be Jenny Bevan’s third Oscar.

The time for Drive My Car to shine.

Upset: The Worst Person in the World

The Hand of God

Lunana: A Yak in the Classroom

The category I jokingly call “Pixar’s Annual Oscar” is one of the most chaotic of the year and is not a lock for Pixar.

Upset: The Mitchells vs. The Machines

Raya and the Last Dragon

Questlove’s Summer of Soul is great and lauded, but triple-nominee Flee feels like the best fit to win in this category.

Upset: Summer of Soul (Or, When The Revolution Could Not Be Televised)

These are all solid nominations, but once again it’s probably going to the big action movie, it’s just a question of Dune or Bond, and I lean Dune because of the combination of action and contemplative sequences that made for an interesting quiet-loud balance.

Upset: No Time To Die

The craft categories are where Dune will shine.

This is another category that I suspect is closer than we’d expect. Tammy Faye is obvious, given the sheer amount of prosthetics and wiggery, but while Coming 2 America is a garbage movie, it has a distinctive visual style and elaborate individual looks.

Favorite: The Eyes of Tammy Faye

One thing to know about this category is that despite being nominated virtually every year since 2009, Marvel has never won a VFX Oscar, not even for Black Panther, which won in other craft categories. The Marvel bias is real and will favor Dune.

No Time to Die

Shang-Chi and the Legend of the Ten Rings

Ah, the shorts, the categories most likely to f-ck up your Oscar pool.

Affairs of the Art

Favorite: The Queen of Basketball

When We Were Bullies 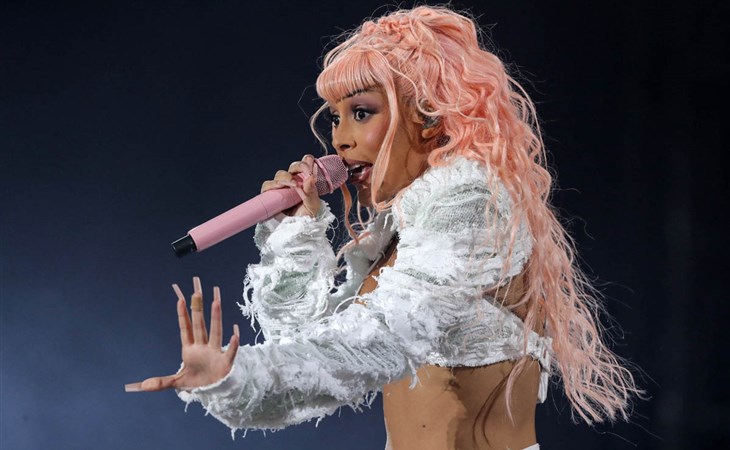 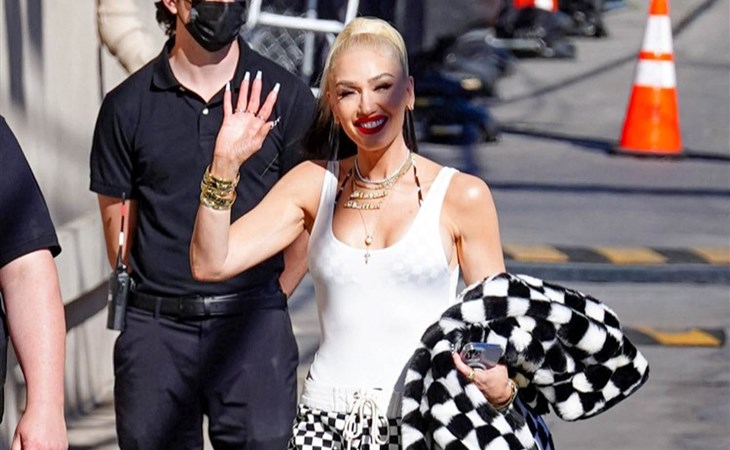