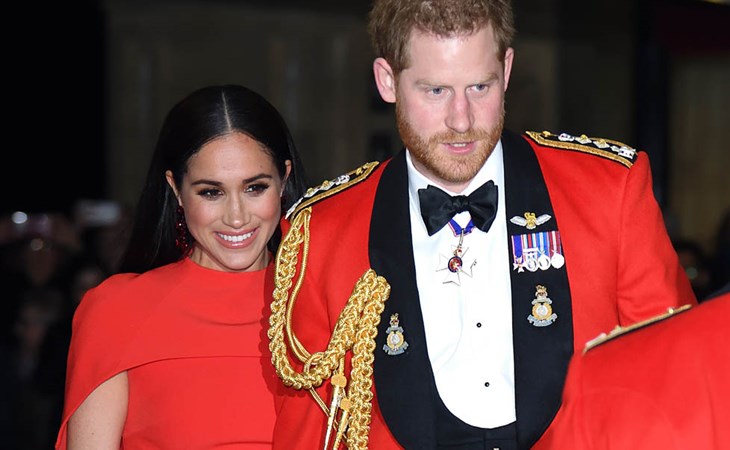 Many media outlets have referred to Prince Harry and Meghan Markle’s current trip to England and their final engagements as senior members of the British royal family as their “farewell tour”. It’s not really, of course, but I get it, I get that it sounds better as a story. And it’s not like they’re not leaning allllll the way into that vibe too. Even though they’d never admit it, there’s definitely been a “show ‘em what they’re missing” flex to their appearances so far. How could there not be, after the constant attacks on them by the British tabloid media and, of course, most hurtfully, by the viper courtiers working at the palace, and perhaps even the family members, who keep selling them out. It’s one thing, though, to want to “show ‘em what they’re missing”. It’s another to execute. They had some luck with the rain the other night at the Endeavour Fund Awards and those beautiful photographs. And then on Saturday, no luck was required, not when you’re matching in military attire and a showstopper of a red gown.

Nobody wears a red dress to blend into the background. A red dress is almost always chosen and worn to be seen. This red dress on Meghan Markle is Safiyaa, similar to a blue one she wore in Fiji in 2018. Her 2020 version is cut closer to the body, particularly around her legs, and the cape detail varies around the shoulder – the difference is dramatic. Especially next to Harry in his Royal Marines red. And make no mistake, that’s a choice too. In fact, it would be the FIRST choice: that Harry was deliberate in how he wanted to be seen, that it may be the last time he’s able to present himself this way because Sussexit takes effect at the end of the month; there’s sentimentality there but also the awareness that these pictures would travel to every corner of the planet, that they would be irresistible, the two of them, boldly matching like this as a united front. “Show ‘em what they’re missing.”

Well, where the British royal family is concerned, diversity is definitely what’s missing. They had some diversity with Meghan at the senior level alongside Harry but that’s not happening anymore and, interestingly, did you hear about the speech the Queen gave this weekend ahead of Commonwealth about … diversity? That’s going to be the royal challenge, non? The Commonwealth is one of her Majesty’s priorities but as the Commonwealth continues to become more diverse, her institution remains the exact opposite and those tasked with protecting the “integrity” of that institution, the viper courtiers, can’t seem to see the disconnect. Contrast that disconnect with the images of Meghan Markle visiting Robert Clack School in Dagenham on Friday. It was part of her International Women’s Day engagement strategy, to be in Dagenham marking the fight for equal pay, and you’ll note how inclusive and representative the student body is at the school – this is the Britain that was excited to see that there could be a member of the British royal family they might have a certain background in common with.

But the winner might have to be this clever fox in the green tie... his reaction is everything 🤣🤣 #MeghanMarkle #EachforEqual pic.twitter.com/jkR3nvDsTa

Those kids were clearly jacked up that she was there, like rock star styles. Which, of course, is not the British royal family’s thing. And yet, for all the “we don’t need you anyway” fronting that blasted off the front pages of the UK tabloids in the days following the confirmation of Sussexit, this must bug their asses that Meghan’s return has had a specific kind of frenzy to it, in the way that it used to feel with Princess Diana.

Yesterday Harry and Meghan were invited to church with the Queen, the exclamation point on what was without a doubt a slamdunk of a weekend. And that had to be the Sussex game plan, what they’d strategised behind the scenes. Even the hair was working for them over the last few days. You can see it in the third photo in the carousel below. It’s one of the reasons that shot was selected – because the hair is saying it all. “Show ‘em what they’re missing.”

Later this morning, it’s Commonwealth Day service at Westminster Abbey. Interestingly, the Wessexes have been added to the list. Edward and Sophie are reliable performers for Her Majesty and they were testing out the Cambridges and the Wessexes as the new “Fab Four” a few weeks ago. You may have seen some headlines this morning about how the Sussexes “will not be in the Queen’s procession” after the procession document was released: This is being reported as a sign of their demotion. And we’ll have to watch and see exactly how the visuals play out but there’s word now that, actually, Will and Kate, Harry and Meghan, and Edward and Sophie will head straight to their seats. It’s only Prince Charles and Camilla who will be part of the Queen’s procession. This is the sh-t the British royals are known for: place settings and hierarchy and who has to stand where and pinky swear and bow and curtsy to whom – only if it happens the way it’s being advised, with Cambridge, Sussex, and Wessex all of them taking their seats and not in the procession, it may be because they know what the noise has been around the situation and don’t want that drama to overshadow the real reason they’ve all gathered; a sign that, at least for today, everyone wants to play nice.

Of course all of them Cambridges and Sussexes, were part of the Procession of the Queen last year, before Sussexit was put into motion.

Note, ahem, who else was also there. At the bottom. The Duke of York. Who will NOT be showing his face today. More on him coming up. And coverage from Commonwealth Day coming up later too. Note also though – Harry has not dropped in to see his brother on this trip. At least not yet. 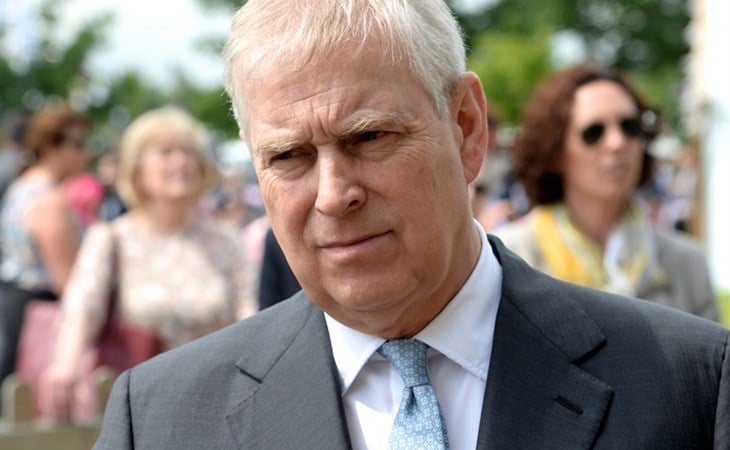 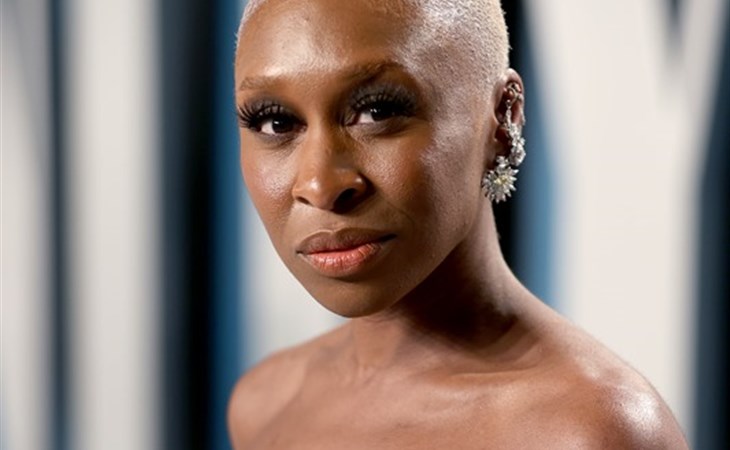