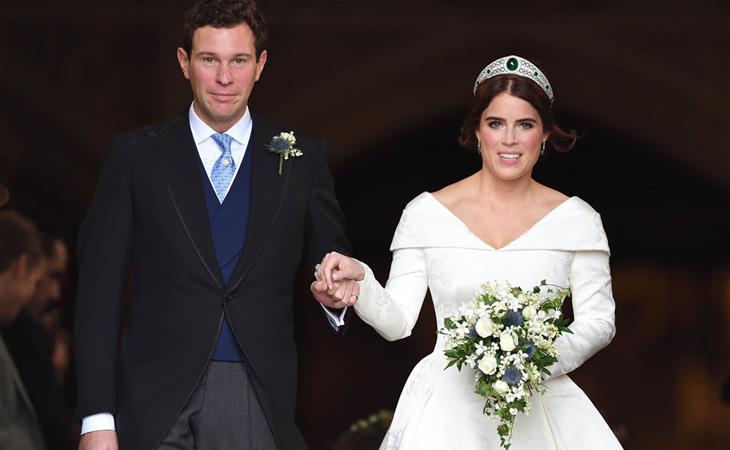 I’m thinking of Duana right now, for two reasons. First, at the beginning of the year, when it was announced that there would be a red carpet blackout at the Golden Globes to launch Time’s Up, Duana predicted that since the celebrities wouldn’t be able to go all out with fashion, the makeup and the accessories would be the headliners. As she put it, which made me laugh and laugh, and it’s still funny to me now, we were going to be seeing a lot of “tiaras and sh-t”. There were no tiaras at the Golden Globes, not that I can remember, but it HAS been a year for “tiaras and sh-t”. Duana’s getting her tiara fix. Before we get to Eugenie’s tiara, however, the second reason Duana’s on my mind is because of her name.

Duana has a way of mangling name pronunciation. She does not mangle Eugenie’s name, in fact she says is correctly, but everyone else has been. I tried to convince my producers a few months ago at etalk about this but they made me say it on our show the wrong way: EUGENE-eeee.

Her Royal Highness Princess Eugenie of York, ninth in line to the throne, is now married to Jack Brooksbank and has just won, in my mind anyway, the Tiara of the Year award. This tiara is SPECTACULAR. Princess Kate’s wedding tiara was lovely. Meghan Markle’s tiara was better. But Eugenie’s? Oh my god, this tiara is a badass. I’m obsessed with it.

Most thought that Eugenie would wear the York tiara, the one her mother, Sarah Ferguson, wore when she married Prince Andrew. It makes sense now that probably that tiara is being saved for Princess Beatrice who is the older of the two? Nobody’s mad about that though.

The Greville Emerald Kokoshnik Tiara was loaned to Eugenie from her grandmother, the Queen. It is rarely seen in public. The centre emerald is 93 carats! 93 carats! And it totally suits her. Well, probably, it would suit anyone but the colour against her skin tone is just so lovely, so flattering.

As for the dress, I’m into it. Given who she is, and who was at her wedding, and the time of year too, Eugenie’s wedding dress, like Kate’s and Meghan’s, wasn’t ever going to be fashion forward. It may, however, be much more of a trendsetter than Meghan’s. You’ll recall, I wasn’t big on Meghan’s Givenchy wedding dress. The material was too stiff. The fit was off. Her veil? Incredible. Her veil was the showstopper. The dress itself was kinda forgettable. Eugenie opted not to go for a veil because she did not want to cover up her scoliosis scars (sob!) which means her dress had a lot more work to do. And it delivered.

The flapover shoulders is so pretty, I quite like the two pleats on the skirt, to give it something subtle but more, and the back is a dream. The open “V” that extends down to an interesting little folded bow, like origami – so good, right? Solid design elements throughout without overwhelming the overall effect so that it still feels simple and polished. Which is why it’ll probably be a big “inspo” for weddings in 2019 and into 2020.

As for Jack – did you see him put on his glasses? He wasn’t wearing them. But when she appeared at the doors, he made sure to put them on. So that he could watch her walk towards him. It was a really sweet moment. Jack appeared to be the more emotional of the two. Eugenie, of course, is of stoic stock.

What a beautiful bride Princess Eugenie is! 💐 #RoyalWedding pic.twitter.com/tYKZjkCj4y

No phones at the chapel and no plastic at the reception. Princess Eugenie of York has walked down the aisle in a Peter Pilotto wedding gown to marry Jack Brooksbank in St George's Chapel at Windsor Castle. #RoyalWedding #7News pic.twitter.com/qW1gpJFbTo 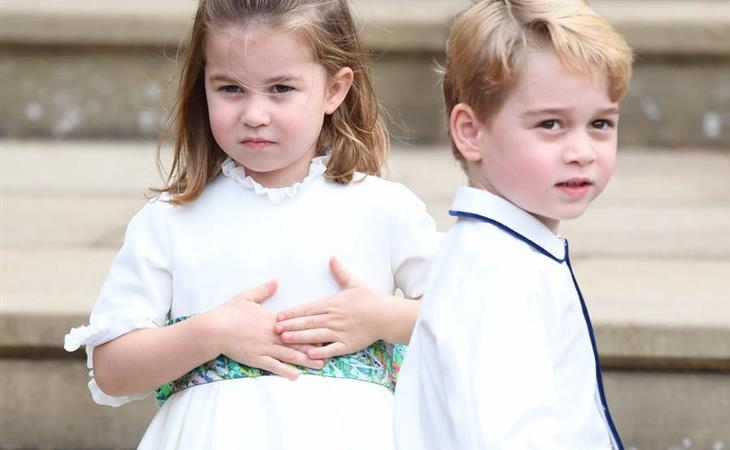 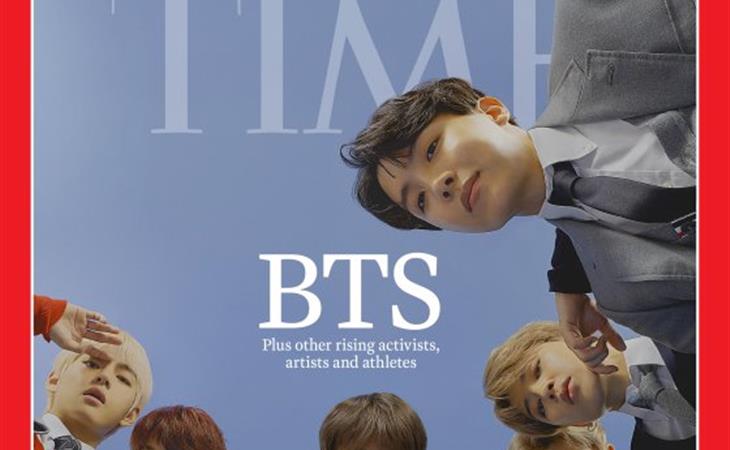