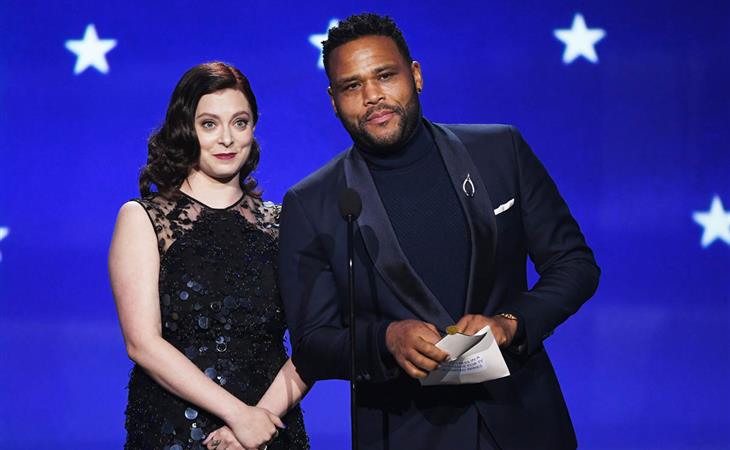 I forgot TJ Miller used to host the Critics’ Choice Awards until Lainey reminded me. I asked her if the show was always so awkward right around the moment where Olivia Munn started rapping and I had to watch it recoiled on my couch, through my fingers attempting to block my face from the transferred embarrassment. She said yes because the host used to be TJ Miller. We all know why TJ Miller wasn’t back this year. Reminder. As soon as Lainey told me, I was waiting for someone to address it. I was waiting for Olivia Munn to crack a joke or for someone to acknowledge the proverbial elephant in the room.

The person who ended up tackling TJ Miller’s absence was Rachel Bloom, with assistance from Anthony Anderson. I’ve never seen Crazy Ex-Girlfriend (Duana and Maria, don’t yell at me) but I know how charming and likeable Rachel Bloom is solely from her presence at award shows. After thanking The CW (a network after my own heart, shout out Riverdale, RIP The Vampire Diaries), Rachel starts a bit about awkward banter with her co-presenter Anthony. After they do their bit, which is in fact awkward, Rachel goes for the punchline:

“Honestly, it’s no more awkward than when TJ Miller used to host this thing so…”

When the audience gasps, Rachel doubles down.

Anthony Anderson is basically just in the background saying “yeah” over and over but I love that these two were unafraid to roast TJ Miller because yes, he can take it. When Sarah wrote about TJ Miller’s horrific sexual assault allegation and of his alleged history of bullying female comedians, she noted that he had yet to be dropped from his upcoming films Deadpool 2 and Ready Player One. As of earlier this week, a Deadpool 2 producer said TJ Miller will probably stay in the film since they’re in the final editing stages. So, it looks like TJ Miller is going to be fine. He can take a little ribbing from Rachel Bloom of The CW. I do wonder if this joke came from someone with more household recognition though, would it put more pressure on 20th Century Fox and DreamWorks (the studios responsible for Deadpool 2 and Ready Player One) to re-evaluate their associations with TJ Miller? 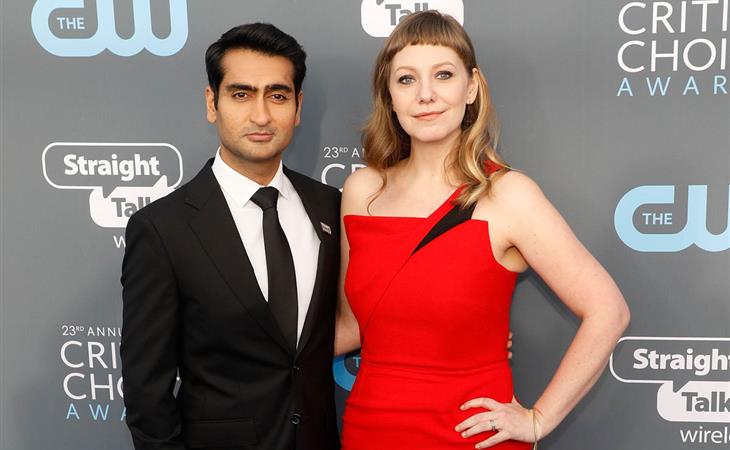 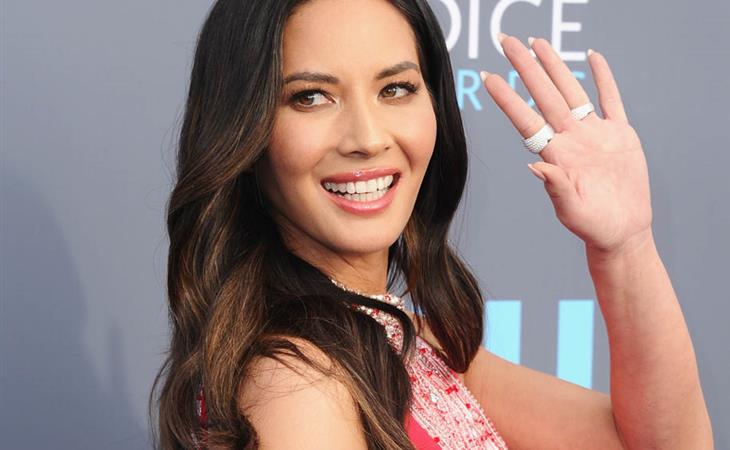