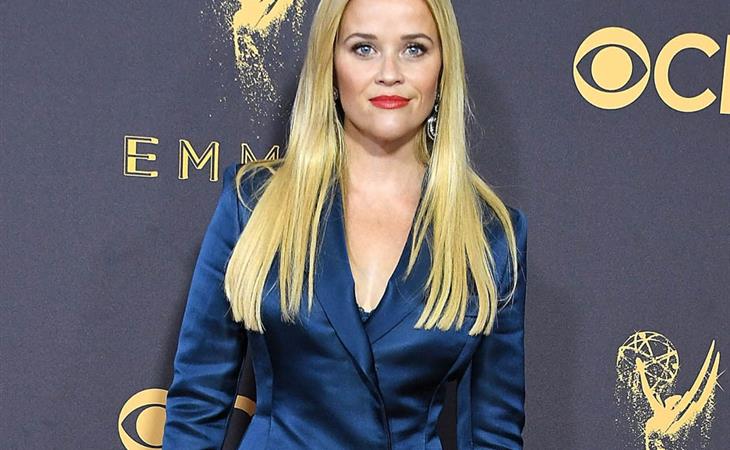 Maybe I’m sleep deprived, but my first thought upon seeing Reese Witherspoon’s dress when she went up to accept the Emmy for Big Little Lies was, ohhh, interesting, she chose a ‘producer’ outfit rather than an ‘actress’ dress.

Lainey’s response was, “That’s a way to defend it.”

I wasn’t trying to defend it. I wasn’t even trying to get out of naming her worst dressed, and yet I can’t not. I didn’t like some of the other dresses last night, but they were your basic showstoppers, whereas this is an actual miss. When I look at the full-body pictures, it doesn’t sit right on her, and it is what my mother once called ‘a depressing colour’ and I’ve never been able to unhear that truth.

Maybe that’s going down a little harder because of how much Reese wound up representing last night.  I loved Big Little Lies and I love that Reese paid proper due to book author Liane Moriarty. Months after watching it, I still feel Madeleine was the role she was born to play, and I wanted the win last night to be a huge triumph – a hand-in-hand with The Handmaid’s Tale piece of evidence (because of course women always need proof, right?) that women-led entertainment can just be entertainment.

Overall, the Big Little Lies wins were just that. But I can’t ignore that Reese said she decided to produce the project because she and Nicole weren’t getting offered parts they wanted… then in the next breath, she thanks Jean-Marc Vallee and David Kelley (sidebar: has he dropped the ‘E’? ) for ‘creating’ these parts for them. I feel a bit churlish complaining about that because it’s what you should and would say about any writer or director. They bring characters and worlds to actors, who inhabit them. Maybe it has to do with Reese’s line about “Bring women to the front of their stories and make them the hero of their own stories!”

Yes, sure—but the front of their stories, the backs, too, the sides—that is, the more women are telling their stories all the way through (as with Lena Waithe in Master of None,) the more three-dimensional they’re going to be.

Not that all of this needs to fall on Reese Witherspoon alone, obviously. But it’s interesting coupled with her quote in the October issue of Glamour, where she points out that Mindy Kaling schooled her in her own privilege:

When I asked Mindy Kaling "Don't you ever get exhausted by always having to create your own roles?" she said, "Reese, I've never had anything I didn't create for myself."

(It’s a great article with lots of process-heavy details about producing—we might even pull it out of the vault when #ShowYourWork returns.)

Overall, Reese’s ‘producer’ win last night marked a bit of a crossroads. She’s always been capable and labeled herself ‘Type A’ -- but now comes the real test. Act 2 of her career, where she’s not just an instantly-castable cute pert blond, or even a deeply talented cute pert blonde. Instead, she’s now a woman in Hollywood who truly sees what it means to have a career beyond being ‘just’ an actress. It’s hilarious, but she may only now be realizing she won’t be a leading woman for the next 10 years the way she was for the previous 10. It’s time for things to get more interesting.

The great news is that Reese Witherspoon is realizing, part and parcel with her own privilege, that she will have to make her opportunities and they can look any way she wants them to. Which is to say that if she decides she’s going to win an Oscar for directing in 10 years, there’s no reason why not—she’s at least as talented as Ben Affleck, right?

It goes without saying that Reese doesn’t need to work. I mean, I don’t know her alimony life, but I think she’s fine for cash. All of this is about wanting to continue a career because she’s got something to say – which means the moves are about to be big and bold.

…and maybe she’s saving the showstopper dresses for the Golden Globes. 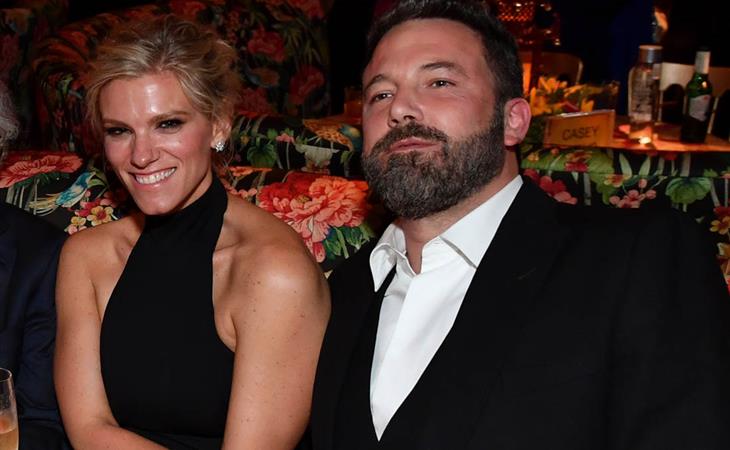 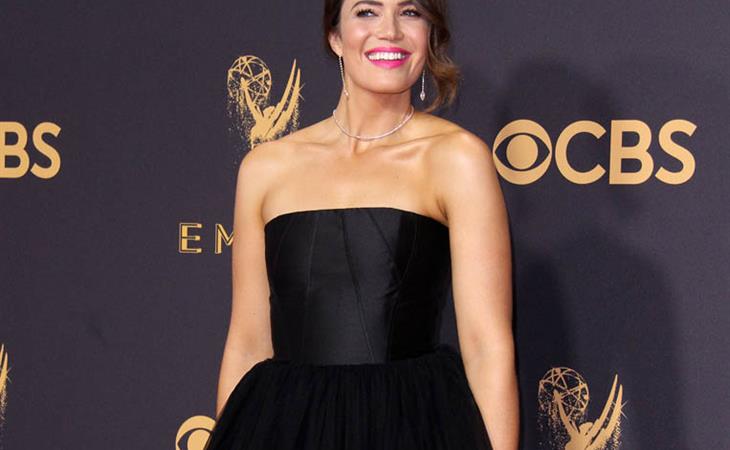