Heist movies never go out of style because people LOVE heists. And in 2001, Ocean’s 11 combined everyone’s natural interest in heists with superstar glamor in a moment shadowed by tragedy—Ocean’s 11 premiered three months after September 11th—but not yet touched by post-recession distaste for conspicuous consumption. It’s interesting that by the time Ocean’s 8 arrives in 2018, that film feels the need to justify what the women have done with their ill-gotten money, showing them pursuing lives enabled by financial freedom. But in 2001, it’s enough for the thieves to get their cut and walk away, no explanation, no justification. No one was mad at rich people yet, beyond a vague feeling that Terry Benedict is kind of a bad guy because he represents the “new” Vegas of mega-resorts and corporate interests.

The 1990s were an interesting time in Las Vegas, when the casinos of the Rat Pack and Elvis eras, with their seedy after-hours clubs and showgirl revues, began either making over or being outright replaced by more family-friendly ventures. Despite Showgirls’ assertion in 1995 that Vegas was still a land of topless dancers and sex work, Vegas tried, with some success, to lure families with roller coasters and kid-friendly arcades and more family-oriented revues. But more families meant cutting into the gaming industry, and by the early aughts, Vegas was returning to its roots and bringing back topless revues, night clubs, and other adult-oriented fun zones (pools with bar service were all the rage). The early aughts also introduced the “What happens in Vegas” ad campaign, which rebranded the city as an adult Disneyland where bad behavior was not only tolerated but encouraged. In the battle between Showgirls and families, Showgirls won.

Ocean’s 11 came just as Vegas was ditching the family-friendly efforts of the 1990s for the champagne-guzzling conspicuous consumption of the “naughty aughties”. Director Steven Soderbergh isn’t particularly interested in the glitz and glamor of Vegas, though, except that he stuffs his movie to the gills with capital-letter Movie Stars, who more than capably provide all the style and shine you could want. Ocean’s 11 is an INCREDIBLY glamorous film, and it’s almost entirely because of the cast. Soderbergh invests very little in the appearance of Vegas, beyond some beauty shots of the Bellagio’s water feature, and Rueben’s mid-century house is very cool. But mostly, we spend time in anonymous hotel rooms and the distinctly unsexy backstage areas of the Bellagio, where the people who run Vegas work.

But therein lies the power of Ocean’s 11. Soderbergh knows he doesn’t need beauty shots of showgirls and the strip, because he has the biggest Movie Stars in the world in his film. This is peak Brad Pitt, peak bachelor-era George Clooney, pre-Bourne but post-Ripley Matt Damon, and Julia Roberts at the apex of her post-Notting Hill revival, Erin Brockovich Oscar in hand (Soderbergh directed her in Brockovich). Ocean’s 11 also features memorable turns from Don Cheadle, Bernie Mac, legends Carl Reiner and Elliott Gould, and Andy Garcia only beginning to excavate the depths of ham he would later reach in the sequels as villainous casino owner Terry Benedict. Not to mention Ocean’s 11 is most people’s introduction to Hollywood nepotism beneficiaries Scott Caan and Casey Affleck.

With a cast that stacked, and Clooney and Pitt swanning around in an assemblage of excellent menswear—Rusty’s vaguely 70s style teeters on the edge of sleaze, but Pitt’s effortless cool carries it off—you don’t need to go overkill on the location shots. Soderbergh lets his stars provide the glamor, and in hindsight, Ocean’s 11 is one of the last films that succeeds almost entirely because of Movie Stars. By the end of the decade, the Movie Star will be breathing its last breath as the era of Big Name Characters looms. But in this moment, Movie Stars rule, and Soderbergh understands the power of Cool People Being Cool On Screen. Ocean’s 11 is almost entirely built on the concept.

But the heist is also very good. Terry Benedict (Garcia) is just enough of a jackass that you want to see him get his comeuppance, and the structure of the heist and the multiple reveals within the finale are extremely satisfying. It’s fun watching Danny Ocean (Clooney) and Rusty (Pitt), the veteran thieves calling the shots, roast rookie Linus (Damon) throughout the first two-thirds of the film, which only makes the payoff of Linus realizing he’s a key component in the theft more satisfying. And realizing that Danny set the entire complicated heist up just to back Terry Benedict into a corner and force him to choose between his money and Tess (Roberts) is a great “oh sh-t” moment. The money is INCIDENTAL! It was about Tess all along. There are just enough human stakes underpinning the heist to make the emotional payout as satisfying as watching the cool thieves get away with it (which might be why audiences didn’t embrace Logan Lucky, another Soderbergh heist movie, in the same way. That film implies the thieves aren’t going to get away with it).

Twenty years on, Ocean’s 11 has become a time capsule, capturing not only the moment between Las Vegas’s split identities, but also the last go-round of the Movie Star era, when crowding a film with A-list stars was a spectacle unto itself. We’re used to it now, as the franchise era has been built through a celebrity arms-race system, but in 2001, it was striking to see stars like Clooney, Pitt, Damon, Garcia, and Roberts all collected into one film. And they’re surrounded by a mix of veterans and newcomers that makes Ocean’s 11 feel like the nexus of old and new Hollywood, truly a new Rat Pack for the new millennium. I wish I could say a film like this never goes out of style, but while people will always love heists, Ocean’s 11 HAS gone out of style. Films like Logan Lucky and Ocean’s 8 prove that A-list casts, in and of themselves, aren’t enough to make a movie, even a heist movie, a hit anymore. The Movie Star era is dead, but Ocean’s 11 stands as a testament to a time when an actor’s charisma was enough to compel audiences.

Ocean’s 11 is now streaming on Hulu. 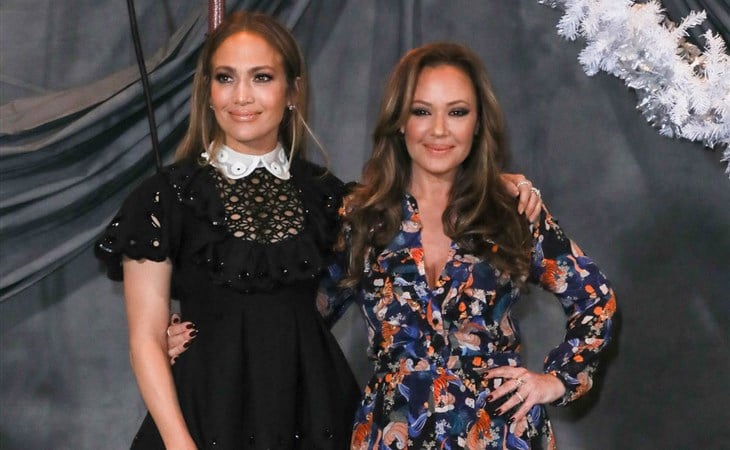