Blade Runner 2049 has been teasing us with glimpses of its orange and neon visuals, and now we have the first full trailer and it’s mind-bogglingly gorgeous. It’s director Denis Villeneuve, of course, and also cinematographer Roger Deakins, who is one of the greatest living cinematographers. They previously made Prisoners and Sicario together, and while those films certainly have great visuals, here they get to indulge in color and the result is legit breathtaking. I don’t think we’ve seen a tent pole this striking since Mad Max Fury Road. The oranges, the neons, the way they shoot darkness so that you can still see what the f*ck is happening—ahem, Zack Snyder—it’s just so f*cking beautiful. (It also makes Ghost in the Shell look retroactively terrible by doing the giant billboards and holo-ads a million times better and illustrating how cluttered and overdone Ghost’s cityscape really is.)

But it’s not just the visuals. We also get a taste of what this movie is about, which unfortunately involves Jared Leto. He seems to play the guy who makes replicants, and his is the first voice we hear in the trailer. Not gonna lie, I groaned out loud, but I also have some questions. Who do you think is more intolerable on set, Jared Leto or Ryan Gosling? They can both be precious Method babies, but which one do you think is worse? And do you think Leto tried any of his Method sh*t on Harrison Ford? I bet he didn’t because we never heard any stories about Jared Leto being taken to the ER after an on-set accident involving Harrison Ford and a door slamming on Leto’s hand.

Gosling is playing a new blade runner, Officer K, and for some reason he’s after Deckard (Ford) for answers. So it would seem that, between now (OG Blade Runner is set in 2019) and then, nothing has really changed. But Officer K is stirring up trouble, which may or may not end up giving us the final answer to one of cinema’s greatest questions. If they can find a way to take us through a Blade Runner sequel without answering The Question, I will be ecstatic. And if somehow you don’t know what The Question is (Lainey), at this point, let it ride till 2049 comes out. You can only be surprised once. But seriously, look at the shot of the two statues with all that orange—it’s perfect. 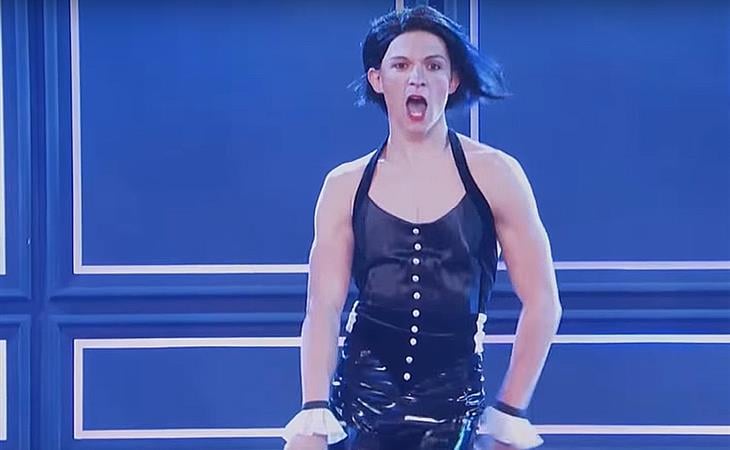