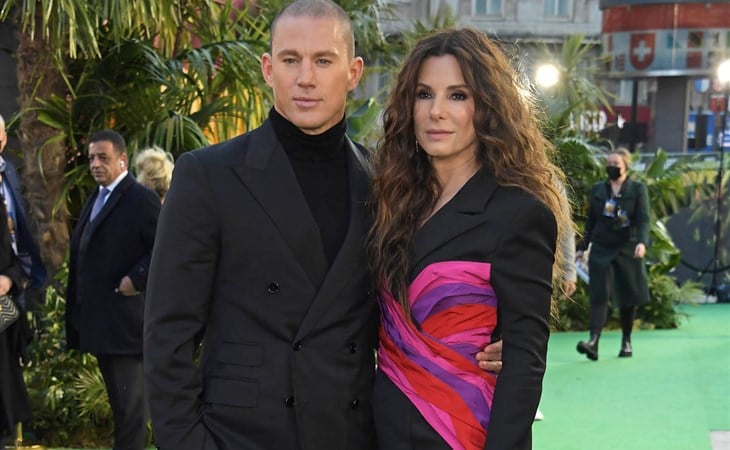 I’ve mentioned a couple of times that Channing Tatum’s been missing from some of the more high-profile promotional events for The Lost City, including the Hollywood premiere. He’s been working on Magic Mike’s Last Dance so the schedule hasn’t allowed for it – but now that team Lost City is in London for the UK premiere, well here he is with Sandra, finally side-by-side on the red carpet.

One shot of them in particular is being used more than most.

Like if we didn’t know better, we could Photo Assumption the sh-t out of that and make some baseless conclusions, right? But then, you know what popped into my head right after? This:

â€œThat wasnâ€™t me. I donâ€™t know who that was, but weâ€™re on to it. Weâ€™ve gotta stop that guy, whoever that was. Iâ€™ve got my best people on it.â€ pic.twitter.com/prRZrs52Ym

Calm down, I’m not saying Sandy and Chan are remotely in the same neighbourhood as the performance that Oscar Isaac and Jessica Chastain gave in Venice. But that’s my point – the performance of a red carpet appearance, and selling your project on the carpet with looks, on multiple levels. Like looks with your eyes, and the way you serve chemistry with a co-star and also, LOOKS, as in fashion looks, which both Sandra and Chan are doing here too.

On men, I am a big fan of a turtleneck under a suit. Big fan. Channing looks amazing in his turtleneck suit. And Sandra looks great in her suit-dress, a suit adorned with a wrap that’s made to look like a hybrid. They’ve put a tighter wave in her hair than we usually see and let it frizz a little which I’m not mad at either. I prefer her standard beachy waves, for sure, but I do like the change-up because, again, to go back to the original point, Sandra understands the importance of the looks and the LOOK when it comes to promoting her projects. And this project is doing well. As mentioned yesterday, The Lost City opened at #1 at the box office last week with over $30 million as women came out in strong support of the movie. It’s a win for Sandra for sure – and a win for rom-coms! Rom-coms starring movie stars! We need more of them! 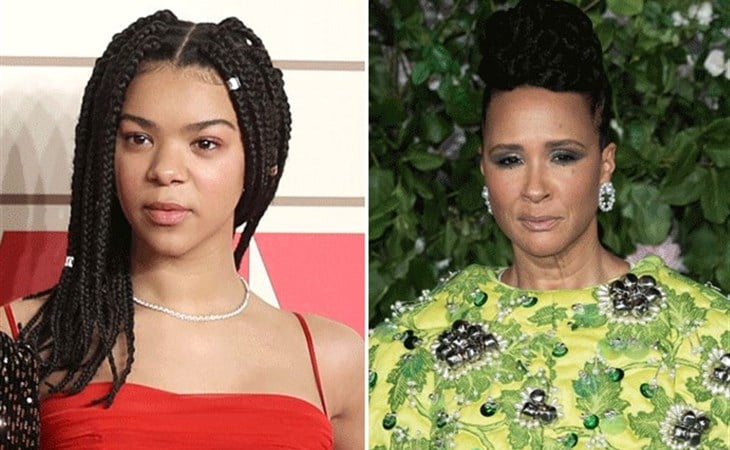