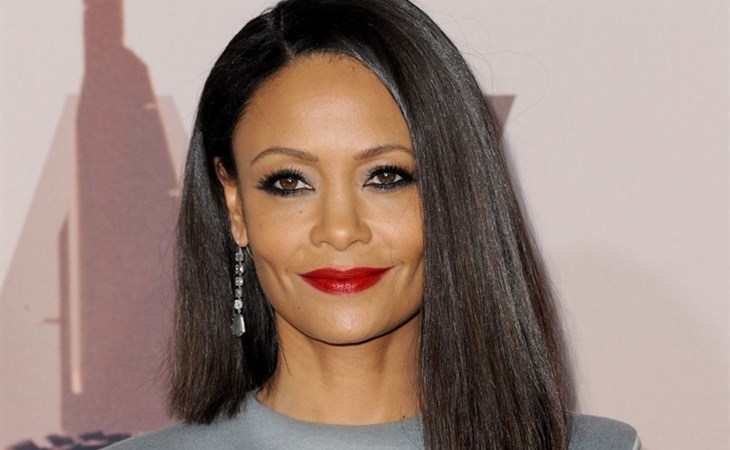 When we analyze an actor’s career, we often look at what common threads can be found among the projects they’ve been a part of and what does it say about that artist. This week we learned that the common thread of Thandie Newton’s career is pain.

E. Alex Jung spoke Thandie for Vulture, in a stunning interview published this week. The headline reads “Thandie Newton Is Finally Ready to Speak Her Mind: After decades onscreen, nothing surprises the Westworld actress, though what she’s ready to share will surprise you”. He wasn’t kidding. It’s shocking the amount of information Newton shares, but also the candour with which she shares it. So why is she telling these stories now? Does she feel a sense of freedom with age and changing social attitudes?

The interview is labelled Emmy Insider… and what’s amazing is that she’s using her Emmy campaign to rip into her own industry. There are brow-raising stories like her experience acting opposite an over-worked, over-stressed Tom Cruise, and why she dropped out of Charlie’s Angels, but she starts by discussing her frustrations with her character on HBO’s Westworld, for which she won the Emmy in 2018, although she admits once she’s accepted a role, she does the work that’s assigned; showing up to every class, even when there’s inclement weather and the teacher is M.I.A. Our first takeaway from the mind of Thandie Newton: she delivers despite circumstance. That becomes increasingly interesting the more you dig into her resumé.

How she got that way? Thandie explains when she was young she was the top ballerina, and while her teacher picked her year after year for the big solo, she’d ignore her entirely when it came to handing out recognition.

Thandie’s introduction to the industry was on the 1991 film Flirting, where she was groomed and sexually abused as a teenager by her director. She outlines how she relived her pain as she came across the same horrible things happening others in the industry. It was that pain that changed the course of her career, affecting how she picked her roles, no longer allowing herself to be objectified on film, which is one reason she pulled out of Charlie’s Angels. During pre-production, director McG described his opening shot.

"I can’t wait for this … You’re going to think it’s like yellow lines down a road, and you pull back and you realize it’s the stitching, because the denim is so tight on your ass it’s going to look like tarmac.”

She responded, “Oh, I don’t think we’re going to go down this road together.”

The other reason she left the project was because Amy Pascal, head of Columbia Pictures at the time, used Black stereotypes in discussing how they needed to change the character to make her playing it more “believable.”

One of her biggest roles was in Mission: Impossible 2, the highest grossing film of 2000.

“Tom was not happy with what I was doing because I had the sh-ttiest lines.”

Why is Thandie, clearly a talented actress, continually given sh-tty material and expected to rise above? She explains Tom was so frustrated during a particular scene that they had to shoot the scene while doing each other’s lines, to help her get it.

"It was the most unhelpful … I can’t think of anything less revealing. It just pushed me further into a place of terror and insecurity. It was a real shame.”

And she hilariously likens her emotional journey that evening to Tom’s pimple:

“I remember at the beginning of the night, seeing this slight red mark on his nose, and by the end of the night, I kid you not … he had a big whitehead where that red dot was. I would take anyone else 48 hours to manifest a zit. I saw it growing, and it was like the zit was me, just getting bigger and bigger.”

Is it unfair of me to think this is how Tom probably treats all his Mission: Impossible love interests? Do we think Tom would do this to his male co-stars?

But that’s a gentle aside compared to some of her other war stories. When she was 18, she was once asked to do inappropriate things while a director had a camera shooting up her skirt during a callback. Years later, a drunk producer let it slip that the director had been:

“…showing that audition tape to his friends.”

“I’ve got a little black book, which will be published on my deathbed,” she explains. “I’m not doing it when I’m alive. I don’t want to deal with all the fallout and everyone getting their side of the story. There’s no side of the story when you’re sexually abused. You give that up.”

Her Oscar-winning movie Crash might also be included in her black book. She doesn’t explicitly say if this next story is part of that chapter, but it’s a painful memory nonetheless.

“[Director] Paul Haggis got me and Matt [Dillon] together, and in front of Matt, he said to me, ‘Are you wearing protective underwear?’ And they’re both looking at their feet. I’m like, ‘I mean, I’m just wearing under … yeah. Why?’ ‘Because I want this to be as real as, you know — I really want to go there.’ I’m like, ‘What do you mean?’ ‘Because I just want Matt to feel like he can…’”

Thandie describes heading to the makeup trailer where she burst into tears. She explains that it wasn’t necessarily the scene that made her upset, but she had no idea that’s what they were going to be conveying in the film. The script just said that “his hand goes up her skirt.”

“As far as I was concerned, to insinuate that a cop would hand-rape a woman in the streets, and in a racially charged way, too, I felt this fear that I didn’t want to be part of putting that out in the world…”

Ta-Nehisi Coates called Crash the worst movie of the decade. Thandie admits the white saviour narrative didn’t serve African-Americans, and it’s not the only time she’s felt the pain of disappointing her community. In fact she welcomes the criticism from Black people over her 1995 film Jefferson In Paris, which is an all too kind portrayal of how Thomas Jefferson raped his slave Sally Hemings Jefferson.

“I know the nature of this business has had me play roles that I’m embarrassed I played. It’s has me misrepresent African-Americans. Because I didn’t know. I have not been of great service in my career. I guess it’s been of service in one respect, because there’s a person of colour in a movie, but that can do more harm than good — let’s face it. Anyway, sorry. God, wow. I’ve never cried in an interview before.”

Before Westworld, she was working with a sexist producer and showrunner on the series Rogue, where she denied their request to take her top off during a sex scene. She didn’t think the story called for it.

“I was like, ‘It just doesn’t make any sense to take it off.’ He goes, ‘Listen, kid. Thandie Newton. Top Off. Ratings.”

She says he still got the other actor to pull her top down in the scene, and that’s what ended up in the final cut.

Thandie also felt among the extras on set there was almost no people of colour. Given the show was set in the predominately Black city of Oakland, California, she thought it made no sense and when she brought it up the producer showed he was not only sexist, but racist too.

It’s trauma upon trauma when you’re not only mistreated, but also called out as the token. After that she was out. The show got renewed for a third season, pretty much without Thandie. But they couldn’t help but disrespect her even as she was leaving. Her character was strangled to death, before being dumped into a garbage-disposal.

"The last shot of me is sinking down into garbage, like into sewage, babe. But listen to this: On the side of the garage disposal tanks, it says WESTWORLD GARBAGE DISPOSAL. They all knew I was going to go on to do Westworld because I’d already signed up to do it.”

That’s awful. And admittedly it makes me want to scream ‘Thandie, why are you putting up with the treatment?’ But that’s not fair to Thandie. The treatment shouldn’t happen in the first place and the onus is not on her on the right way to react to it. But also, it’s important to note that for her and so many others, there’s only one way to react because she’s doesn’t want her “difficult” behaviour to shut the door behind her.

“Careful what you do, everybody. Because you might find yourself f-cking over a little brown girl at the beginning of her career, when no one knows who she is and no one gives a f-ck. She might turn out to be Thandie Newton.”

If I was Thandie Newton I don’t know if I’d still be acting. I think I would have fallen out of love with the craft after all that pain, all the heartache. But that’s not Thandie, she shows up and brings it, no matter the circumstances. As she says in the first paragraph of the piece: 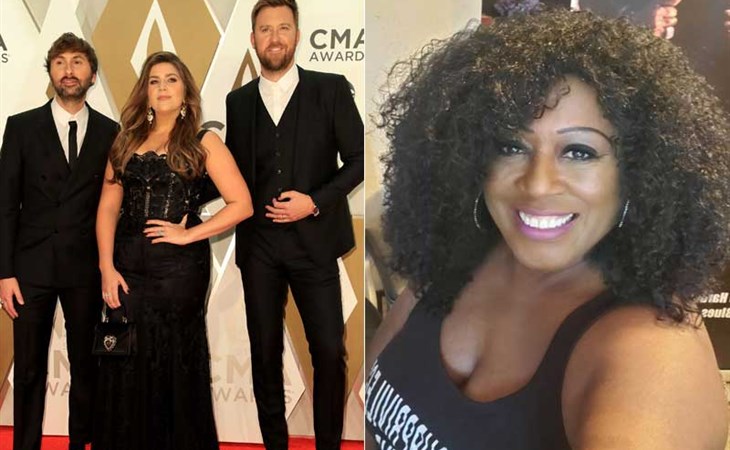 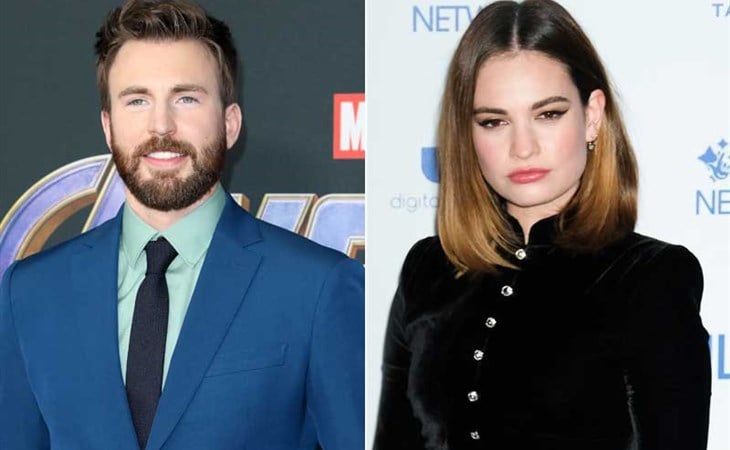