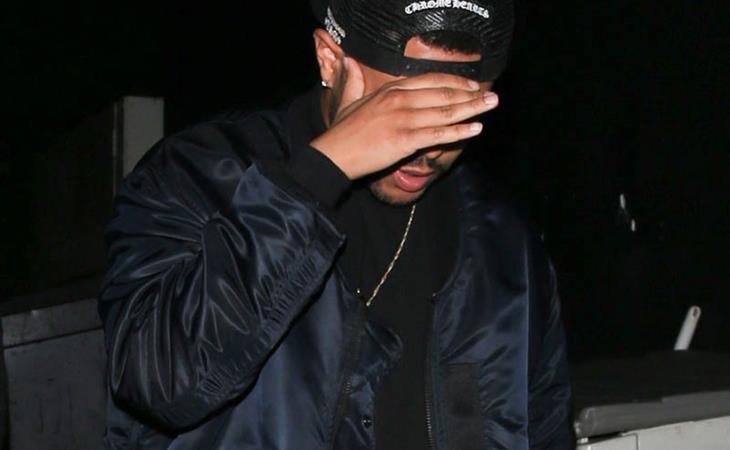 The Weeknd dropped a surprise six-song album on Friday called My Dear Melancholy, and it is exactly as full of heartbreak and angst as it sounds. The good thing is that musically, The Weeknd is at his best when he's being all broken and angsty. The dark and gloomy Abel we were introduced to back in his mixtape days is back and we have Selena Gomez to thank. Oh yeah, the other good thing for us is that My Dear Melancholy, (this comma is part of the album title and it’s infuriating) is GREAT for gossip.

This is The Weeknd's first solo release since his breakup with Selena Gomez. Before I get to what Abel says about Selena on his new songs, let’s look back at what she said about their breakup to Billboard in November:

“Something that I’m really proud of is that there’s such a true friendship [between me and The Weeknd]. I truly have never experienced anything like that in my life. We ended it as best friends, and it was genuinely about encouraging and caring [for each other], and that was pretty remarkable for me.”

Best friends? Uh, I don’t think Abel feels the same way. Here’s how he opens the album on the track Call Out My Name, which is just the first of many insights into the dissolution of his relationship with Selena Gomez:

We found each other / I helped you out of a broken place / You gave me comfort / But falling for you was my mistake.

Oh, he’s just warming up. The narrative that The Weeknd is the scorned hero and Selena is the villainous ex runs strong throughout My Dear Melancholy,. Of course, Selena went back to Justin Bieber relatively soon after she and The Weeknd broke up so it’s an easy storyline. Abel is going after public pity and he’s doing it well. Based on this album, it seems like The Weeknd took a page out of the Taylor Swift songwriting playbook of being subtle enough to feign ignorance yet specific enough that if you're even slightly paying attention, you know exactly who these lyrics are about.

I said I didn’t feel nothing, baby, but I lied / I almost cut a piece of myself for your life / Guess I was just another pit stop / ‘Til you made up your mind / You just wasted my time

“I almost cut a piece of myself for your life.” OK, maybe subtle was the wrong word. There is nothing subtle about this. These lyrics have been interpreted to mean that Abel was almost Selena’s kidney donor. Let’s take an educated guess and assume that this is exactly what he means, that he in fact almost donated a kidney to his girlfriend at the time that she needed a kidney. Are we supposed to give him a cookie? Does he want a pat on the back for almost doing the decent thing to save a loved one’s life? I don’t mean to downplay the severity of a kidney transplant. Lainey wrote about the responsibility and intensity that comes with being the giver and the receiver of a new kidney. It is an act of bravery. We now know that it was Selena’s best friend Francia Raisa who actually did, to use Abel’s words, cut a piece of herself for Selena’s life.  If The Weeknd did offer up his own kidney, it feels gross to me that he is now throwing that back in Selena’s face. It feels like a cruel and calculating play for sympathy. Now, there are a bunch of tweets and memes about how cold Selena Gomez is for leaving a dude who would be selfless enough to give her a kidney. Is it really fair to shame Selena Gomez for having a kidney transplant and ending a relationship? I don’t think so and my immediate reaction to these lyrics was discomfort. I know we say and do a lot of dumb sh-t when we’re heartbroken. I know I have. But going after an ex’s medical history as an example of how she used you is a low blow. Going after her rebound to Justin Bieber, however, is totally OK with me.

There are a few shots at Bieber on My Dear Melancholy, but the most damning is on I Was Never There when The Weeknd calls out the toxicity of Jelena.

When no one knows what love is / And I know it ain’t you for sure / You’d rather something toxic / So, I poison myself again, again / ‘Til I feel nothing.

I mean, he’s not wrong. I haven’t been on board for any incarnation of Jelena because it does just seem like they’re on a merry-go-round of heartbreak and self-destruction. The Weeknd refers to himself as a “pit stop” in the ongoing saga of Jelena. Again, from the outside looking in, I don’t see the lie. What bugs me about The Weeknd’s melancholy is that he’s reframing Selena Gomez as the manipulative one who used him (remember when Bieber accused her of the same? Maybe they do agree on something) like he wasn’t an active participant in their relationship and like he didn’t go right back to his ex too.

When The Weeknd laments that he “claimed [Selena] so proud and openly,” I just have one question: who made you? He willingly participated in the Met Gala red carpet public declaration of their relationship. He also was posting about her on his Instagram account. Again, he also went back to his ex-girlfriend, Bella Hadid, shortly after his breakup with Selena.

My Dear Melancholy, is a solid breakup album. I just don’t think that Selena Gomez is the villain it makes her out to be. Maybe Sad Abel is responsible for his own melancholy.

Attached - The Weeknd leaving The Nice Guy in LA the other night and Selena Gomez running errands after church yesterday. 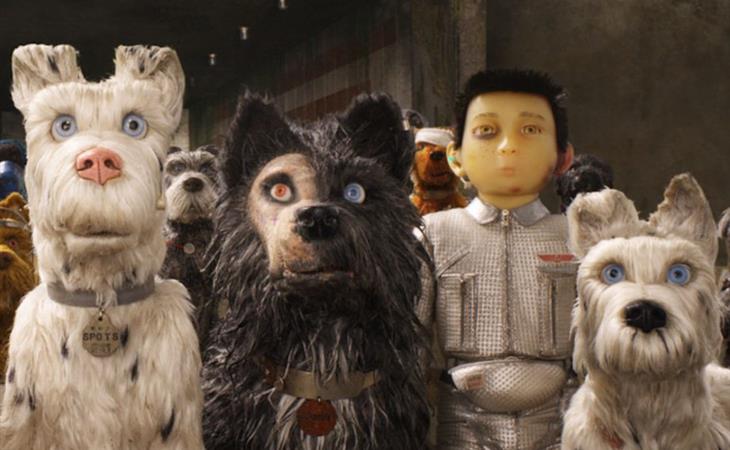 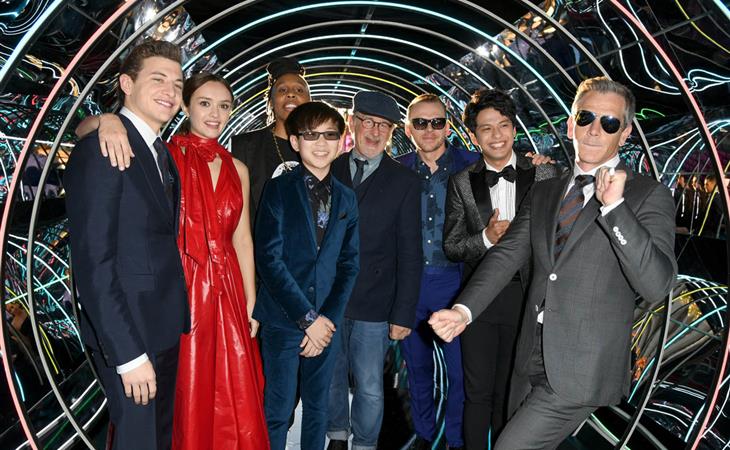 Ready Player One is the nadir of fanboy culture