Spider-Man 3 (version 2) is set to start filming this month—and may already be picking up shots in Queens, though Tom Holland is still working on the Uncharted movie—and with that comes another round of casting news, though this has not yet been backed up by the trades. Fandomwire is reporting that Tobey Maguire and Andrew Garfield are in talks to reprise their respective roles as Peter Parker, and not as cameos, but as full-blown characters in Spider-Man 3 (version 2). When news of Benedict Cumberbatch joining the film came out, I said, “Like, at this point I fully expect Tobey Maguire and Andrew Garfield to pop up in cameos,” so I was half-right. The previous Spider-Men are coming back, but not just to wave and exit stage left.

If this news is true, then Spider-Man 3 (version 2) WILL be a full-blown multiverse story, and not just dipping a toe in the pool of interdimensional possibility. Fandomwire’s report includes details that “many” of the past Spider-Man villains will return, not just Jamie Foxx’s Electro. Does this mean Alfred Molina will return as Doctor Octopus? James Franco and/or Dane DeHaan as Green Goblin? (Willem Defoe’s Goblin died, so I assume he’s out.) Thomas Hayden-Church as the Sandman? How about Rhys Ifans as the Lizard from The Amazing Spider-Man? Paul Giamatti as the Rhino? How deep on the bench of past Spider-Man movies will they go? Can we assume Michael Keaton will return as the Vulture? Also, apparently Foxx is playing the same version of Electro, just with a new, less blue look. Is this how Sony will jump-start the fabled Sinister Six movie, by cobbling together past and present villains instead of organically introducing new characters?

I assume this is happening because the animated Into the Spider-Verse was a big hit for Sony, and now they want a live-action version (starring a white guy this time), too. Though Marvel did announce Doctor Strange and the Multiverse of Madness at Comic-Con in 2019, so they’ve always been headed in this direction and obviously Spider-Man is a big part of that plan. But it does mean that Spider-Man 3 (version 2) and The Flash are basically the same movie. Both movies are going to cross multiverse lines to unite a trio of actors playing different versions of the same characters, all to combine disparate continuity no one was asking to tie together (no one was confused about the reboots, nobody is stumbling around, unable to tell the continuities apart). I have no doubt the moment Andrew Garfield and, especially, Tobey Maguire appear on screen will elicit huge cheers from fans. People will go NUTS, just as they will to see all the Batmen united. But at a time when superhero movies are primed to move forward—Marvel to their next-gen characters, and DC to a new style and tone—it feels like we’re about to spend an awful lot of time looking back. 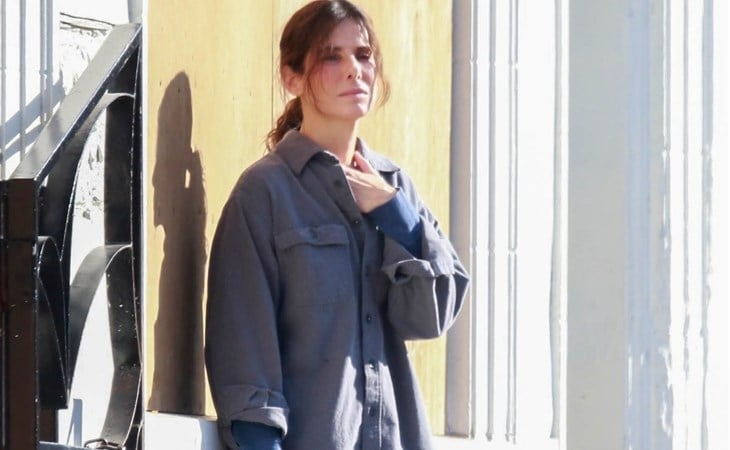 The Return of Rom-Com Sandra