Thanks for all your emails last week about Prince Harry’s appearance on Dax Shepard and Monica Padman’s podcast Armchair Expert. It was over an hour and a half so I banked it for the weekend and probably it was the same for others, so now that people have had a few days to get through it, let’s get into what Harry discussed – like what he ACTUALLY discussed, and not what the UK tabloids are misinterpreting – and some overall takeaways. I’ll start with the not-so-good and build to what’s good.

What wasn’t all that interesting to me was how both Dax and Harry talked about echo chambers and then climbed into one themselves during the part of their discussion about the paparazzi. This is not to say that they don’t have a point about privacy, especially where children are concerned. They should be upset when their kids are followed and safety is compromised. Of course it’s obvious why Harry in particular has profound issues about the paps and their pursuits – the aggression that can ensue by paparazzi chasing their money shots is totally offside and can and has resulted in tragedy. But in Hollywood especially, where Harry lives now, there are more layers to this issue than simply “the paps and the tabloids suck, period the end”. Fame is an ecosystem involving many players. There are the famous people and there are those who orbit them to feed that fame. And some famous people, in this case, in this example, Dax and Harry’s peers, who engage the paparazzi…

Not unlike the way Harry told us during the Television Event of the Year with Oprah Winfrey that his own family engages the UK tabloids like the Daily Mail and the Sun. He called it out as an “invisible contract”, remember?

"There is this invisible contract behind closed doors, behind the [royal] institution and U.K. tabloids. Well, to simplify it, it's a case of if you, as a family member, are willing to wine, dine, and give full access to these reporters, then you will get better press.”

He went on to explain that the Firm was too afraid to break that contract, to not get into bed with racists and irresponsible journalism – and you do get the sense that that’s what he was encouraging, for them to stop giving the tabloids so much power – but the same can apply to certain players in Hollywood who are actively part of the ecosystem working in much the same way with the paps and the tabloid media. By all means, call out the paps and the tabloids, as he and Dax were doing, but also, while we’re here, let’s dig deeper and explore how that ecosystem really functions and speak to the other celebrities who are participating in the process, because if you have one celebrity on the one side being all like, the paps are vile and the other down the block telling their publicist to call them up and photograph them when they’re wearing a cute outfit, then this becomes a more nuanced problem. That, to me, was the weakest part of the episode. But then again, that’s pretty standard when it’s two celebrities talking to each other.

Fortunately that was maybe just 10% of the pod and the other parts were quite enjoyable. Because even when Dax and Harry were in their echo chamber, this was a pretty freeball conversation – and we haven’t had too many opportunities to listen to Harry freeball. He’s been interviewed many times, certainly, and a good interview is when two people are exchanging ideas so that it becomes a conversation, but we’ve all seen, in these situations, it often becomes one person just answering questions instead of a true dialogue.

What Dax, Monica, and Harry had was a dialogue, a back and forth, with everyone interjecting and following tangents and joking, so it felt loose, it felt like the closest representation to what it actually might be like to hang out with Harry and shoot the sh-t. What I took away from this pod then is that Prince Harry is quick and he’s curious – and he’s prone to get carried away, speaking freely and unscripted, with an idea when it moves him, which is endearing; as in, he can be longwinded …and it’s kind of cute, listening to him keep going and going, especially at the end when they were wrapping up and Dax and Monica were ready to say goodbye and they still got another few minutes out of him because he didn’t want to stop.

This challenges the misconception that’s been more and more pervasive, especially over the last year as Harry has stepped up his criticism of the British media, in the “royal rota” in particular, that he’s not bright or articulate, that he’s controlled by Meghan Markle. Meghan wasn’t there, these were his thoughts, his perspectives. And they certainly weren’t perspectives that she could have planted in him either, not when you listened to him talk about his time in the military. This was the first time that I’ve heard Harry talk at length about serving – and I don’t mean sharing his thoughts on the contributions of servicepeople but in the everyday details about training and camaraderie, the internalised stress of that kind of active duty…he’s knowledgeable about it because he’s been there, and he’s actually quite good at communicating that experience that’s relatable to those who haven’t. This is, clearly, why he’s been able to connect with people who have served: he speaks their language. And to Dax and Monica’s credit, they brought it out in him.

Needless to say, these aren’t really the parts that are making headlines right now. The UK press is focusing on his comments about parenting and about breaking the cycle of genetic trauma and how he hopes to achieve this with his own children. Certain segments of the British media are perceiving this as an “attack” on his family, a criticism of the way his father raised him and the way his father’s father raised his father. But context is important. And in the context of where the conversation was flowing, it wasn’t like Dax was baiting Harry into trashing his family – they were both sharing how their childhoods shaped them, both reflecting on their families and how internally they processed pain unproductively. In many ways, Harry characterising his family past as genetic trauma (or generational trauma, which may be the more common expression) is compassion, not confrontation. Because it correctly labels what that past is: traumatic. It’s a recognition of someone else’s trauma which means that he’s tried to understand his father’s actions through a lens of mental health. To call this an “attack” then is to actually miss the point of mental health awareness. When you talk about a person and you describe them as someone who has been through genetic or generational trauma, it’s not an insult to them, it’s an understanding of them. And again, this part of the conversation, in the context of what they were discussing, was more about how future generations need to be encouraged to confront their pain, not because it’s a weakness, but because it takes more strength to heal than to escape. And that was his big point – which, not surprisingly, has been entirely missed by the usual suspects.

Harry anticipated this too. At the end of the pod, when it was just Dax and Monica and they were debriefing their time with Harry, Monica revealed that Harry and his people predicted that the UK press would misinterpret his comments and twist them into something else entirely, and that’s exactly what’s happened. Every day for weeks the Daily Mail and the Sun and the others have been running inflammatory headlines about what Harry’s agenda was in doing the podcast to bring down the royal family and launch a PR assault against his father. That’s to be expected – no one is living more for this family feud than they are. Apart from the profitability of that narrative though is some real damage that they’re doing by their criticism of Harry’s mental health awareness efforts.

The Daily Mail published an op-ed from a doctor who thinks that Harry might have had “too much therapy” when he’s never treated Harry, or so much as been in contact with him. People are struggling, globally, with mental health, especially after this year. Many people don’t have access to mental health resources, resulting in self-harm and suicide. Many people don’t have the language to even begin the process of mental healthcare. Many of us, me included, are learning about how we contributed to the stigmatisation of those struggling with their mental health and trying to practise kinder ways of talking about mental health because it literally saves lives.

Or is it precisely the kind of rhetoric that discourages people from getting the help they need? It’s dangerous and irresponsible and you can’t put that on Prince Harry and Meghan Markle. It also undermines almost every angle they take on Prince Harry and Meghan Markle because if they’re operating from this f-cked up position, their lens on everything else is f-cked too.

And now, just in time to counter that kind of f-cksh-t, the first trailer for Oprah and Harry’s series, The Me You Can’t See, just came out today. That Daily Mail article is why shows like this are being made – because too many people are willfully misunderstanding what it means to prioritise mental health and so many people are struggling, not because they’re getting “too much therapy”, but because there’s not enough of it, for f-cks sake! 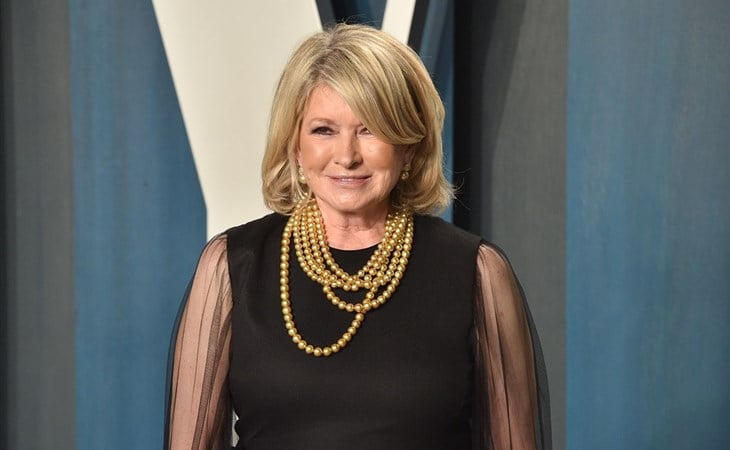