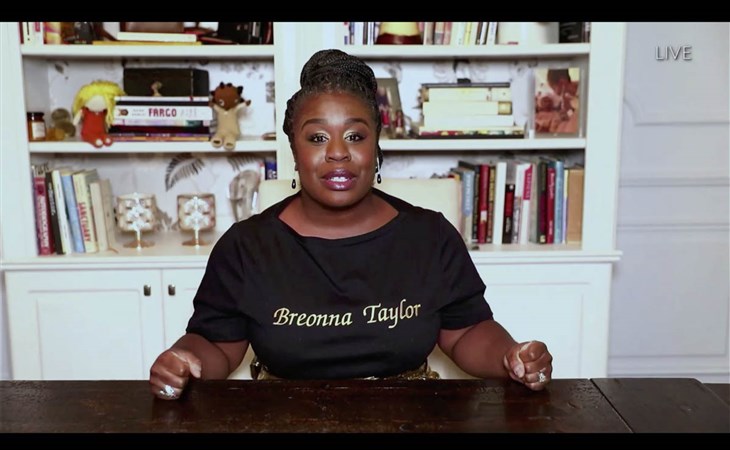 When did you find out that ‘earnest’ is a bad word? Or – do you think it’s a bad word? I always thought it was good, like earnest is honest in a way that means, you know, transparent. I was fully in my 20s before I heard it derided. A showrunner had me take a second pass at a scene that was reading ‘earnest’, and I was all… isn’t that what we want? (He was right, it isn’t, that’s part of the game of screenwriting. But I digress…)

I think maybe that’s why I have such affection for Uzo Aduba. She’s obviously not guileless – she’s an actress, and a very decorated one – clearly she has the ability to hide her feelings, to portray only what she needs to, but her default setting, at least in public, interviews, and awards situations, seems to be wide open, and I find it endearing.

Last night when she won for her portrayal of Shirley Chisholm in the deeply fabulous Mrs. America, her first move was to call offscreen, “Mom, I won!” She’d beaten out fellow castmates Margo Martindale and Tracey Ullman, and when she won, Martindale and Sarah Paulson (who was sitting with Holland Taylor, also nominated – why is this category the coolest?) burst open with joy.

Then Aduba cracked up, clearly not expecting this, composed herself, and in her Breonna Taylor t-shirt, gave a straightforward and clear thank you speech, which she punctuated with a gesture to her shirt and an invitation, “Let’s go change the world”. Beautiful, right?

And then! Back to being shocked, back to ‘Wow’ – and she started yelling offscreen again. “Mom! …Mommy!?” See? No guile!

If I were stretching, I would say that guile, or lack thereof, is one of the biggest concepts in Mrs. America – the idea of women in politics trying to make things better for women (and who violently disagree on how to do that) with no roadmap or guidance, trying to figure out what they’re ‘allowed’ to do and be or how best to frame their ambitions.

But maybe that’s not a selling point. Maybe it’s too earnest? I am confounded by the lack of attention and acclaim for this series. Cate Blanchett is, like, Hela meets Betty Draper. Rose Byrne, who I never really cared about before, makes Gloria Steinem all the way 3-D. Margo Martindale’s Bella, who’s been around the block a few times and is only afraid of being sidelined, is so real and so familiar. It’s funny! It’s complicated! Sarah Paulson goes on a really, really great drug trip!

I just can’t figure it out. Maybe the Powers That Be at FX/Hulu realized Cate Blanchett would be up against Regina King for Watchmen and realized there was no competition, and no point in campaigning, I don’t know. But the show was so real, and once again, still relevant to today… creator/showrunner Dahvi Waller is Canadian, if that moves the needle for you, there’s AMAZING wardrobe and Gloria Steinem’s iconic glasses – what do I need to do to get someone to talk about this show with me?! If you’ve watched, this is an open invitation for a feverish discussion in DMs or, like, on Twitch or something.

Final thought – I was DELIGHTED by Tracy Morgan. I know he only has one setting, I know he basically does the same joke all the time, but I LIKE the joke very much and I was happy to see him. Just me? 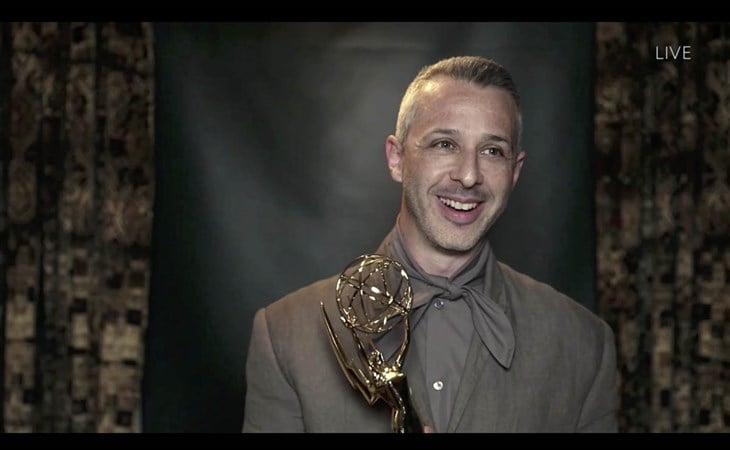 Outfit of the Week: Uzo Aduba