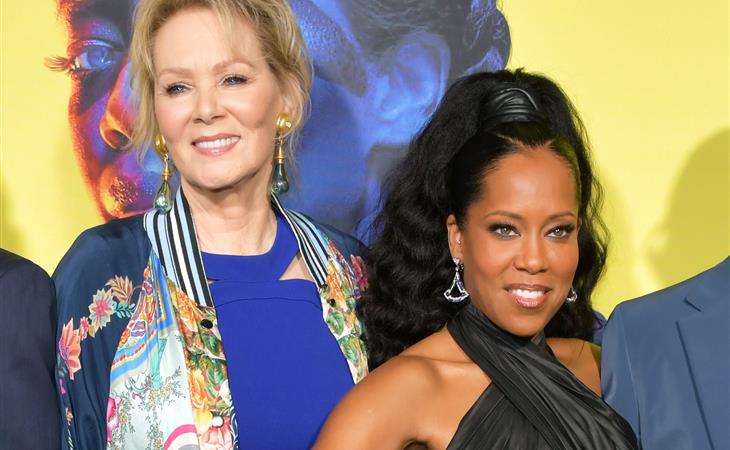 There are many unanswered questions and mysterious premises in Watchmen, but one thing we can say for certain about this show is that it is super into Doctor Manhattan’s big blue dick. Last episode it was Adrian Veidt making his clone-slave hang dong in his play about Manhattan, and this episode we learn that a Doctor Manhattan-inspired vibrator exists. I mean, of course it does. There are Avengers sex toys in this world, in a world with real superheroes there would definitely be sex toys based on actual masked heroes (although I would worry deeply about anyone using a sex toy inspired by the Comedian). This episode, “She Was Killed by Space Junk”, besides embellishing the legacy of Doctor Manhattan, also introduces another original Watchmen character, Laurie Blake, nee Juspeczyk, AKA Silk Spectre II (this was Malin Akerman’s character in the 2009 movie). Jean Smart steps into the role, playing a Laurie burnt out and hardened by cynicism, and, apparently, wholly turned against the masked hero community.

If you want to delve into Laurie’s life between the graphic novel and the show set 30 years later, HBO set up a website called Peteypedia that outlines essential information, such as Laurie’s capture in the 1990s alongside Dan Dreiberg (Nite Owl II). For reasons as yet unknown, Laurie went to work for the FBI on an anti-vigilante taskforce, and Dan remains in custody. (The show includes a lovely touch here—Laurie keeps a caged owl in her apartment.) So this is the Laurie we meet, an FBI agent responsible for tracking and arresting masked vigilantes, who calls Doctor Manhattan on blue public phones that apparently dot the landscape for ordinary citizens to leave a message with the blue god on Mars. She is also deeply suspicious of Judd, so there is DEFINITELY more to Judd and his murder than meet the eye.

I thought Watchmen was going to be the Regina King show, but this episode gives us a taste of yet another brilliant Jean Smart performance, and it sets up Laurie and Angela to work together on Judd’s death. I am, obviously, 100% into this, and you should be, too. Regina King and Jean Smart tearing strips off each other while kicking asses and taking names? Press zero to leave a message directly to my heart, why don’t you? But I also dig this inter-generational dynamic. Laurie comes from the world where masked heroes tried to make a difference and failed. Angela belongs to the world that has reimagined masked heroes as civil servants. Neither of these women are naïve, but Angela obviously is not as cynical—yet—as Laurie. And, we have a hard-boiled FBI agent who absolutely loathes masked heroes, and a woman who not only wears a mask herself, but is connected to, maybe, an OG masked hero. The dynamic between Laurie and Angela is a deep well of possibility and we have six episodes left to mine it.

Even though this episode doesn’t do much to directly address The Conspiracy Angela was warned about, it does add some embellishment to the world that could support such a conspiracy. It’s clear now that Judd was not entirely on the level. Whether his affiliation with the Seventh Kavalry—“Seven K” replacing KKK—is old news, remains of a reformed life, or a current connection is yet to be seen. But clearly Judd was up to some sh-t. Also obviously up to some sh-t? Senator Joe Keene, Jr. There is absolutely zero chance he is the do-gooder politician he plays. His accent is too syrupy. Never trust anyone who comes at you with a Southern accent that thick, they’re definitely trying to get something past you by sounding like they couldn’t possibly mean you no harm, no ma’am.

This episode also confirms Jeremy Irons is playing Adrian Veidt, presumed dead by the world but maybe captive on his own estate? A mysterious “game warden” keeps watch over his activities, although I will not be surprised if the game warden ends up being another piece of Veidt’s theater. Veidt’s obsession with Doctor Manhattan apparently extends to trying to reach Mars; he seems to be building some kind of rocket. The two Minutemen we’ve met so far have not, in thirty years, gotten over their affiliation with Manhattan. Laurie’s is a sadder, lonelier affliction, that of a woman who can’t get over her ex. She keeps a reminder of Dan Dreiberg around, too, so she’s not entirely subsumed by Manhattan, but she masturbates to memories of Manhattan and she sends him messages and seems delighted by the possibility he is still thinking of her, too. Veidt’s obsession, though, is clearly darker. Nothing good can come of Adrian Veidt making contact with Doctor Manhattan. Watchmen is running on a parallel track. What is the conspiracy brewing in Oklahoma, and what does Adrian Veidt want with Doctor Manhattan? Laurie and Angela are on the case. 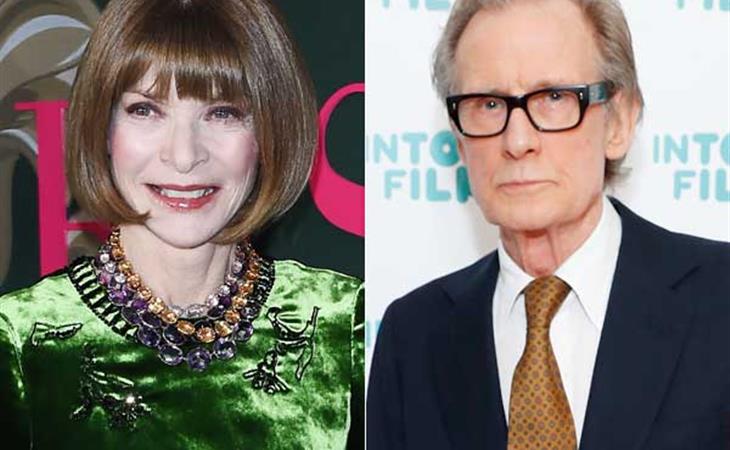