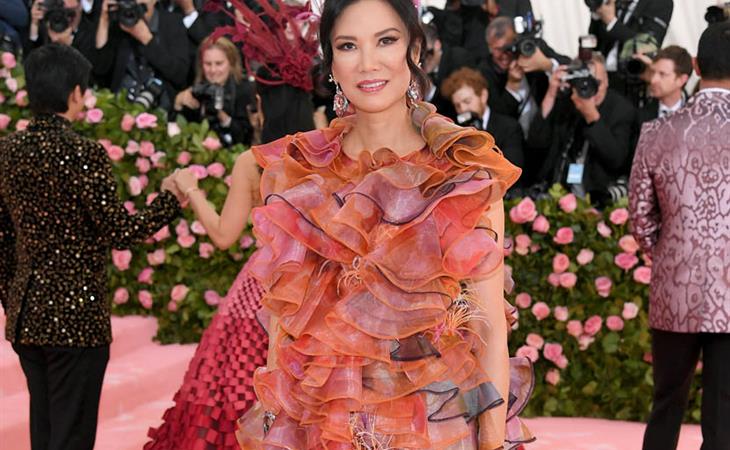 I’ve spent the better part of the last two days reading about Camp, and the more I try to nail down a definition, the harder it is to understand. Prem broke it down wonderfully in his writing: “we can roughly categorize Camp as the appreciation and delight of frivolity, parody, and extravagance. Camp is about artifice, theatricality, and performance.”

Is my problematic fave, Wendi Deng, Camp? Her reputation – as a gold digger who wrote lustfully for the prime minister of England in her diary, and in her second act as a NYC society powerhouse with ties to the White House and a rumoured side-job as a Chinese spy – is Camp. She’s rich as hell and ridiculous, she is an extravagance (of money, of reputation) and nonsense. Wendi Deng is my version of camp. As for the dress … sure. She didn’t have to try at all, and she did. I appreciate this dress isn’t beautiful and she didn’t go for pretty, but it works too hard at being Camp, which makes it less campy.

At the Gala, Wendi will surely kiki with her friend Karlie Kloss. As I wrote to Lainey when Karlie and her husband, Joshua Kushner, came up in my feed, “This photo is homophobic.” There a few thoughts from social media that I wanted to share, because I think they are important.

a moment of silence for karlie kloss, she ain’t dead but her fashion is #MetGala pic.twitter.com/9Rvc6mabho

I was going to say this look would be fit for a Victoria‘s Secret red carpet, but that could be camp. (Wearing VS could actually be camp.) This isn’t that. This is so f-cking lame. Not only is it not camp, but it’s not fun, it’s not irreverent, it’s not referential – it’s the nothingburger of the night. This dress is so insignificant it’s almost making me angry. This dress is a narc.

Oh and it ripped. Even it knew that it didn’t belong on that red carpet. 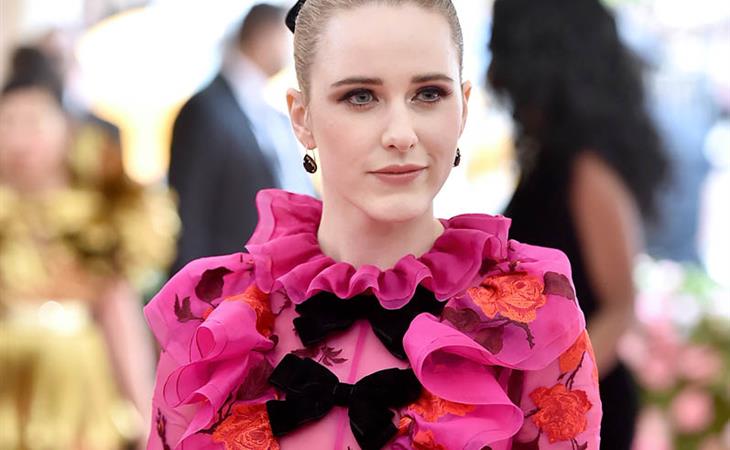 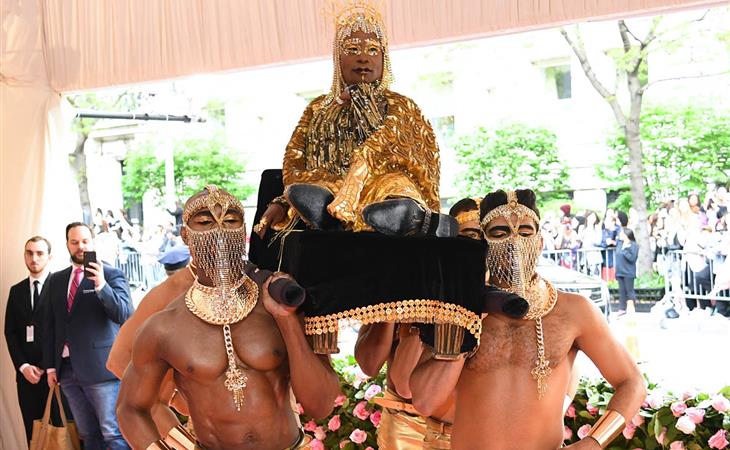