What should Keke Palmer do next?

Page Six is reporting Keke’s Palmer’s latest gig as co-host of Strahan, Sara & Keke has come to an end. Sources say ABC has no plans to resume production on the Good Morning America spinoff, after it was put on hiatus to make room for pandemic news programming since March.

Keke joined the series, previously called GMA Day, and GMA 3: Strahan & Sara, in 2019 after impressing as a fill-in co-host during Sara Haines’s maternity leave. Viewers have always liked Michael Strahan and Sara Haines, but together they were struggling to produce ratings since the show launched in 2018. Keke was the missing piece of the puzzle, with sources telling Page Six, viewership stabilized and they were on the rise when they got pulled off air.

The insider also says, the hope is that Michael, Sara, and Keke will be a big part of the new show GMA 3: What You Need To Know, which has been airing in their absence. Personally I feel like Michael Strahan can do that if he so desires (he’s already a Good Morning America contributor), but Sara Haines needs to return to The View, where she’s sorely missed, and I don’t want Keke wasting her talents as one of the revolving co-hosts of a third hour of GMA.

She’s an actor, author, singer, and TV host, but not many of Keke’s projects have really stuck. Which is always surprising considering how well liked she is by audiences. I don’t think the industry has found the right vehicle for her yet. So what should she do next?

Most people know her as an actress. To my generation she’ll always be that little girl from Akeelah and the Bee, but she did great work in the short-lived Ryan Murphy slasher-satire Scream Queens. She was also a fan favourite recurring character on Lee Daniels’ Star, and I thought she was a standout in Hustlers. But no career making roles. Not yet. Keep it up, but let’s shift the focus somewhere else…

Arguably her best asset is her unmatched ability to create authentic moments that resonate.

Amid protests over George Floyd’s killing at the hands of police, her passionate plea to members of the National Guard at a Black Lives Matter demonstration in LA went viral. Lainey wrote about it here. Last year, she created a meme, with 4 simple words — “Sorry to this man” — after failing to identify former U.S. Vice President Dick Cheney during a Vanity Fair lie-detector test. She later told Andy Cohen, “After finding out who he is, I’m glad I didn’t know.”

My personal favourite Keke Palmer viral moment was back in 2017, when she hilariously explains how Rose’s decision not the share the door she was floating on with Jack in Titanic makes no sense!

The best place this skillset translates is a talk show. That’s her next move.

I remember in 2014 she tested a Monday to Friday daytime talker on BET for for weeks called Just Keke. It never got picked up to series, but I wouldn’t use that example as any sort of market research. They wanted her to be Ellen for young people and there were too many restrictions putting her inside the one hour, daytime format.

Let’s take a cue from Will Smith and Jada Pinkett Smith.

Will, a late adopter of social media, has collected 46.2 million Instagram followers in just three years with viral content and he’s creating similar content for YouTube as well: skits, interviews, vlogs, everything. He’s got a team, which I assume is probably only a handful of people, and they’re creating headline-making content with more production value than anything you’ll see on the late night shows.

His wife, Jada, has really changed the digital television game with her series Red Table Talk, becoming a runaway success for the Facebook Watch platform, with her ability to book news-making guests, and make even more news with their candid chats. I could totally see Keke hosting that or something similar.

Last year Lilly Singh took over Carson Daly’s 1:35AM time slot at the tail-end of the NBC’s late night lineup. She was one of the most subscribed creators on YouTube and digressed to broadcast TV. I’m sure the paycheque was handsome, but there is still the option for someone else to create their own late night series on their own YouTube channel?

I know broadcast TV wants Keke, but does Keke need broadcast TV? I think she could pull off her own late night talk show on a digital platform where her target demo (people around her age) are consuming their content.

Netflix hasn’t had much luck with late night series other than Patriot Act with Hasan Minhaj. The Break with Michelle Wolf, Norm Macdonald Has A Show, The Joel McHale Show with Joel McHale, cancelled, cancelled, cancelled. Chelsea Handler’s eponymous talker was the most successful but still got the axe after 120 episodes.

Netflix should bet on Keke Palmer. Try something for a younger audience, rethinking the format. Nothing big budget or flashy — we want a web series feel, not a stuffy broadcast studio set. Just look a Will Smith’s online presence for aesthetic tips.

Like Red Table Talk, let Keke bring to the screen what people her age are talking about, with actors, and musicians, but also athletes, activist and politicians. She’s got an interview style where she hooks onto that accessible thing that a wide audience will care about, and she’s so engaged that you’re along for the ride.

I want to watch that show. I want to work on that show! Does Keke want to make that show? She’s on the cover of the new issue of Cosmopolitan, where she discusses always having many different diverse projects on the go at once, and says:

“I’m somebody who follows my heart. I’ve always loved hosting. I’ve dealt with a lot of depression and anxiety, through my teens and especially as I became an adult. As I did therapy, I wondered what would happen if my generation had a platform to take what we talk about offline and actually let it be televised for everyone to see.” 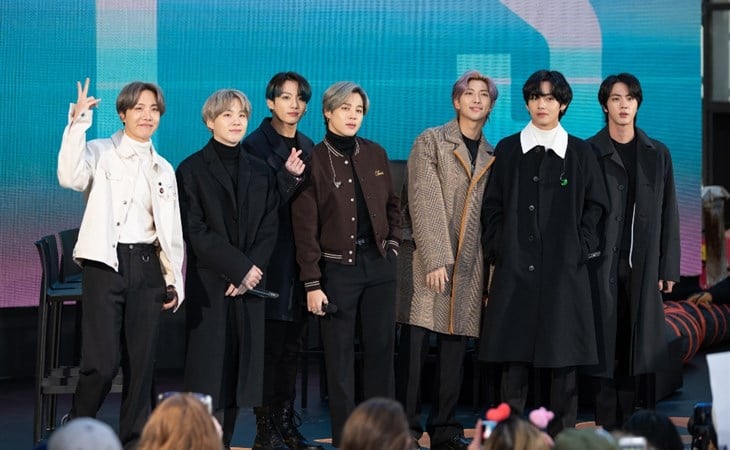