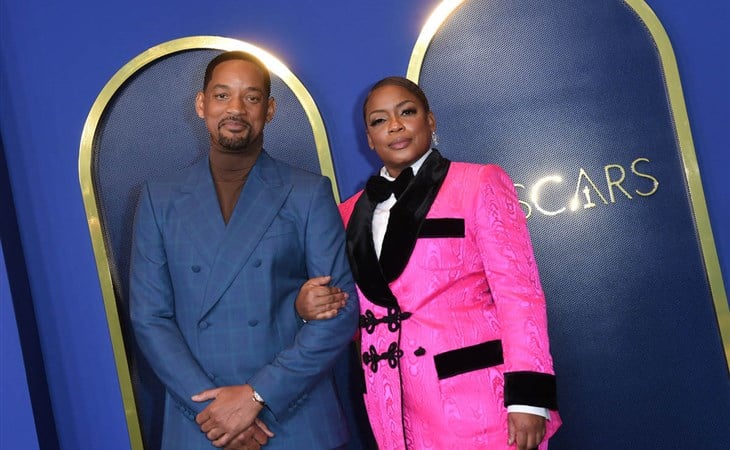 As Sarah wrote in her post yesterday about this past weekend’s schedule of pre-Oscar events and awards ceremonies, King Richard is the industry editors’ choice for Best Picture this year which was a surprise because it was up against a film like Dune which, you would think, is the frontrunner in the technical categories. The point is, Best Picture at the Oscars is still an open race. And right now, maybe, King Richard is picking up some momentum since Will Smith is the presumed favourite in the Best Actor category.

Will and Aunjanue Ellis (in an excellent pink suit) were at the Oscar Nominees’ Luncheon yesterday, where all nominees are invited to hang out with each other and given gentle instructions about the show before voting begins. This is when they’re all told to make their speeches as short and as entertaining as possible and nobody remembers. That said, I don’t think Will is one of the people the Academy is worried about, should his name be called on March 27th. Nobody is changing the channel if Will is up on stage. Will knows how to hold an audience. He also, somehow, knows how to hold onto his face because look at him. Can you see a difference between now and 25 years ago?

King Richard is going into the Oscars with six nominations, including Best Original Song – that would be “Be Alive” by DIXSON and Beyoncé. DIXSON was at the luncheon yesterday:

And he’s been doing some light campaigning, interviews with Deadline, Vanity Fair, and the LA Times, talking about the personal inspiration behind the song and the process of writing the song with Beyoncé. He’d been sending her songs for years and she was the one who reached out to him, inviting him to collaborate with her to come up with a track for the film.

Beyoncé, you will note, was not present at the Oscar Nominees’ Luncheon. This is her first nomination and, well, she couldn’t fit it into her schedule, LOL. I’m not sure anyone would have gotten anything done yesterday if she showed up. Everyone in that room would have been preoccupied with wanting to get closer, it would have been such a headache for Julius. But also, maybe she’s disappeared herself because she doesn’t want to eclipse DIXSON.

And there’s also the standard that Beyoncé has been setting for herself, her own markers of success. As she told British Vogue in 2020:

“You can decide what success looks like for yourself. Being number one does not mean better quality. And commercial success certainly doesn’t equate to being impactful. Cultural currency is invaluable.”

I’m not sure there’s anyone who has more cultural currency than Beyoncé and whether or not she ever wins an Oscar won’t change that. Beyoncé’s seeming lack of thirst for it backs up what she’s shared about her perspective on industry benchmarks and traditional symbols of success.

At the same time, no one knows how to get people thirsting for her better than Beyoncé. Everyone thirsts for an Oscar. But the Oscars are thirsting badly for Beyoncé. I wonder how many calls show producers and ABC, the broadcaster, have put into Parkwood asking whether or not she’ll attend, and perform. 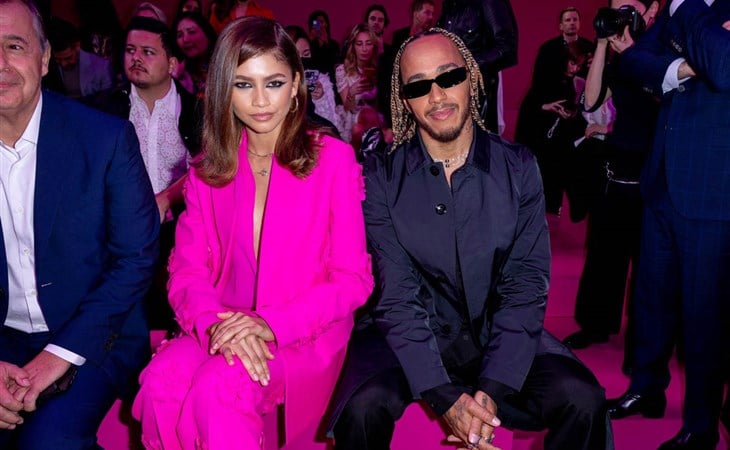