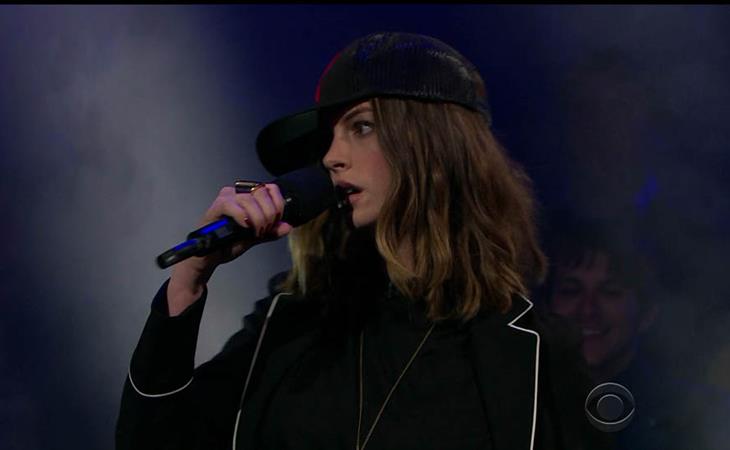 No more weak ass Instagram retreats, THIS is the Anne Hathaway I will defend to the end!

Annie was on The Late Late Show with James Corden last night and accepted the challenge to rap battle. And here is where I don’t think she gets enough credit: live performance. She is well-trained for it. And when she has an able and willing partner to play with, like Hugh Jackman or James Corden – and not James Franco – she shines. She really, really shines.

What I appreciate here is that it took work. She didn’t just go on a talk show and answer some questions. In agreeing to participate in this segment, Jesus, can you imagine the memorisation? You can’t cue card this sh-t. She had to have done her homework and then delivered. Nothing turns me on more than seeing evidence that someone has put in the preparation. Yes, of course, James had to do the same. But it’s his show. It’s his job. His idea. Annie’s not contracted to memorise pages of verse when she goes on a talk show. But she will.

This is how Anne Hathaway is “cool”. She’ll never be that actor who shows up on someone’s couch and gets by on attitude and a slow drawl. (That eventually gets old anyway, I’m looking at you Johnny Depp.) For some people, being “cool” is not caring. Anne Hathaway can’t not care. It’s just not her. When she cares is when she’s at her coolest. 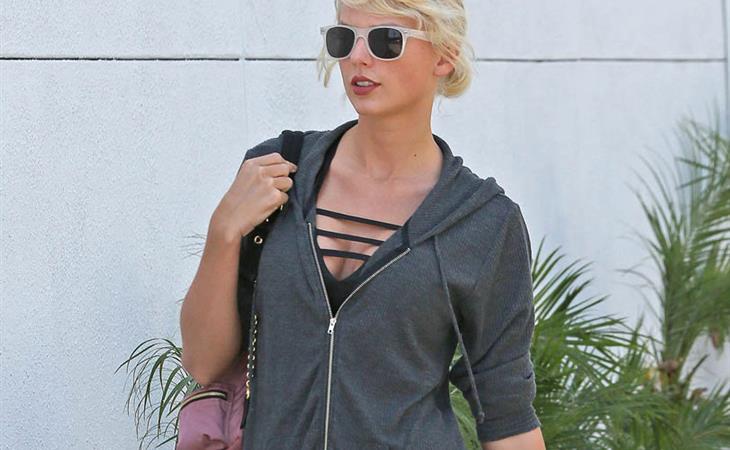 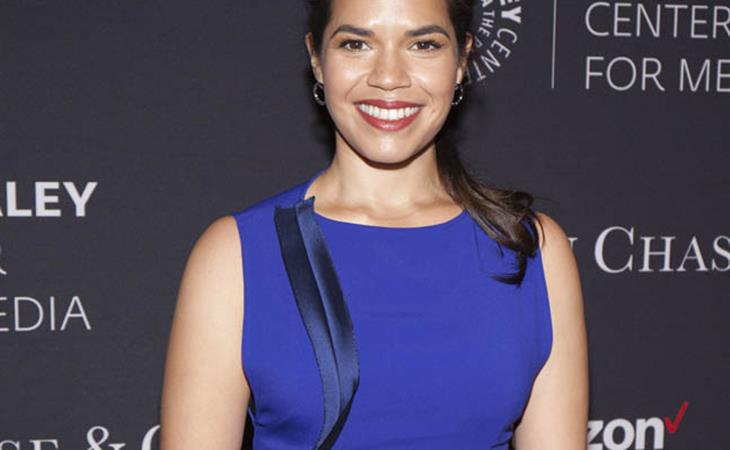