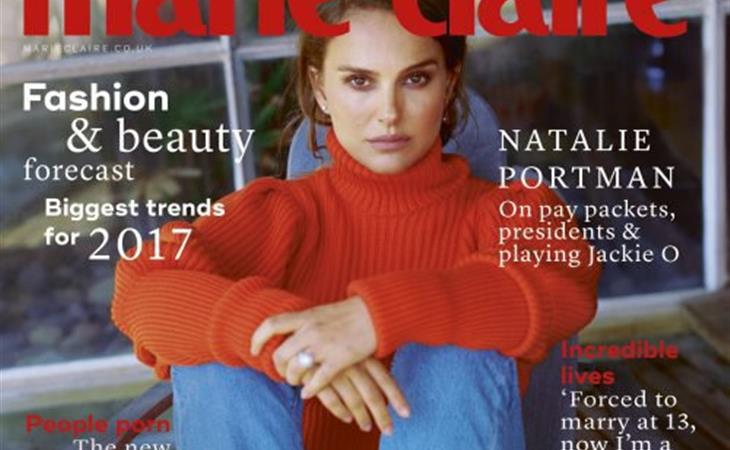 Natalie Portman covers the newest issue of Marie Claire UK. Inside, she talks about legalizing pot, her sense of humour, and, of course, Jackie. But she also reveals that as of 2010, Ashton Kutcher was worth roughly three times as much as she was in the eyes of Hollywood:

“Ashton Kutcher was paid three times as much as me on No Strings Attached. … I knew and I went along with it because there's this thing with "quotes" in Hollywood. … His was three times higher than mine so they said he should get three times more. … I wasn't as pissed as I should have been. I mean, we get paid a lot, so it's hard to complain, but the disparity is crazy.”

So before she won her first Oscar for Black Swan, Natalie’s “quote” was a third of Ashton Kutcher’s. What a bargain. Like Tom Hanks said about Natalie last week at Palm Springs, we know so much about her, and yet so little. She went to Harvard, she’s appeared on Sesame Street, and has worked with nearly everybody, and yet, to the eyes of many in the public (and some of us here at LaineyGossip, sigh), she maintains this quality of mystery… and possibly, her perceived inaccessibility or elitism. But, as the resident Natalie fan and apologist, I will defend her!

Natalie’s a fighter for women. In the article, she talks about why she’s campaigning for a woman to direct her next project after she gives birth, a Ruth Bader Ginsburg biopic. She also says she wants to get back to work ASAP, and goes into detail about why it’s so important to nurture female voices and support each other in Hollywood and beyond. I wrote about this back in August, when she appeared on Charlie Rose, and talked about how Jill Soloway is her role model. Now, she wants to be an advocate for equal pay, just like Jennifer Lawrence did in her Lenny Letter essay in 2015.

When Natalie’s Best Actress Oscar competitor Emma Stone covered Rolling Stone last month, she discussed her industry hardships, and how her male co-stars and crew members did not like it when she improvised, and would often steal her best lines and riffs. Natalie’s paycheck reveal serves a similar purpose in showing how hard it can be for women in the workplace to fight for equal pay, and equal respect on-set. She, like Emma, is making a play at being more relatable, more like us. She’s recognizing her Hollywood privilege and framing her wage war in terms we can understand. And, of course, she’s doing it now, during her Oscar campaign, in a tight race for Best Actress. So, sure, you could say this is pragmatic and self-serving. But that doesn’t mean it has to be a lie.

Speaking of the race – Natalie lost out in the Best Actress Drama category to Isabelle Huppert at the Globes on Sunday, which led to a few pundits speculating she’s lost her lead in the Oscar race.

Also celebrating Isabelle Huppert's win must be Emma Stone, whose main Oscar competitor was thought to be Natalie Portman.

To further compound matters, Emma Stone won in the Best Actress Musical or Comedy category, as predicted. Beyond that, less than a week after hosting a private screening of Jackie on Natalie’s behalf, Hollywood power player Reese Witherspoon tweeted about how La La Land is “pure MAGIC!” Reese used a photo of Ryan Gosling and Emma with their Globes to illustrate her point.

Congrats to these two amazing actors on their very deserved #GoldenGlobe wins! If you haven't seen #Lalaland yet ... Run! It's pure MAGIC✨ pic.twitter.com/dENdeP7VdR


So, has Natalie lost her lead, and Reese’s endorsement?

Well, Reese is a powerful producer (Gone Girl, Wild, soon to be Big Little Lies), and an Oscar winner who is also quite well-respected. Her word, or thumbs up, can carry some significant weight inside several Hollywood circles. Speaking to this, here are photos of Sarah Jessica Parker bowing down to Reese at the HBO Golden Globes after-party:


But back to Reese’s tweet and Instagram post. Of course you can like more than one performance in a year, especially amongst your peers… and especially between women in Hollywood. But this was a particularly interestingly-timed post given its proximity to last week’s Natalie endorsement. Is Reese switching sides to support Emma, who could beat out her friend as she tries to win her second Oscar? That would be a “social media assumption.” This looks to be a “thumbs up” for the film, and the Globes, where La La Land became the winningest film in Globe history.

After her loss, Natalie still attended a Globes after-party. She schmoozed, and continued her hustle.

Prior to posting the photo of Emma and Ryan with their trophies, Reese liked a photo of Natalie at the Fox/Hulu party. Juliette Lewis, Penelope Ann Miller and Amy Adams’ husband Darren Le Gallo liked it too, and Natalie was photographed laughing with Amy and Darren on the Globes red carpet. For what it’s worth, she was also caught on camera posing with Emma during the ceremony. So, perhaps there’s no bad blood, and simply, just ambition. And competition between women through work, not a bad word here at LaineyGossip.

A vision in chartreuse at the Fox party #natalieportman @jackiefilm @foxsearchlight 💋

A photo posted by Barry Dale Johnson (@barrydalenyc) on


However, don’t count Natalie out. From the looks of that “Like” – Reese remains on her side… or she may have just really liked her dress. And it’s not like she posted a photo of Isabelle’s win.

While we’re on that topic:

A photo posted by Isabelle Huppert (@isabelle.huppert) on


Natalie and Emma will next vie for the same Best Actress statue at the SAG Awards in over two weeks, without Isabelle in the mix.

The Oscars are next, but Isabelle may or may not make the cut there either. Her film Elle did not make the Academy’s foreign language film shortlist, making her more of a nomination wildcard. Plus, Isabelle was left out of yesterday’s BAFTA nominations. This leaves us with what looks to be seven women (Emma, Natalie, Meryl, Amy, Annette, Isabelle, Ruth) competing for five spots. 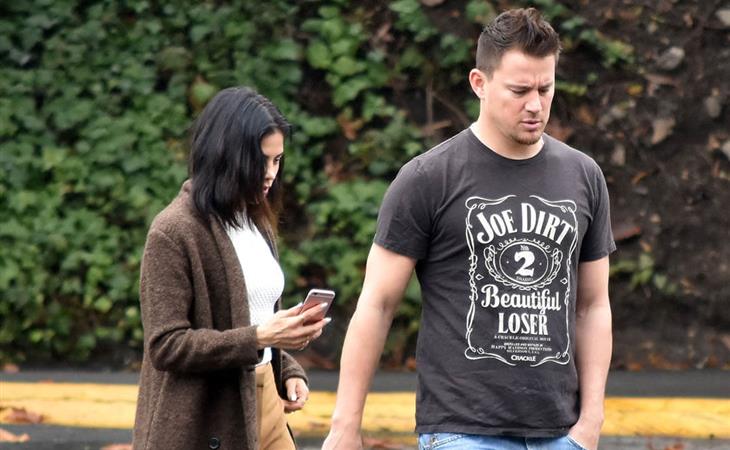 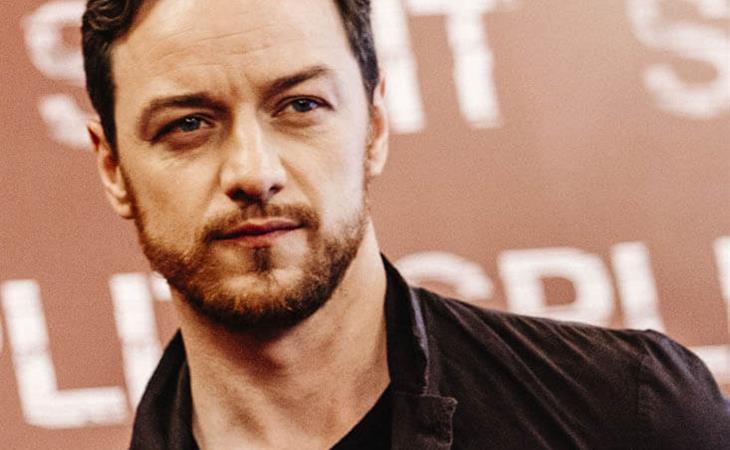