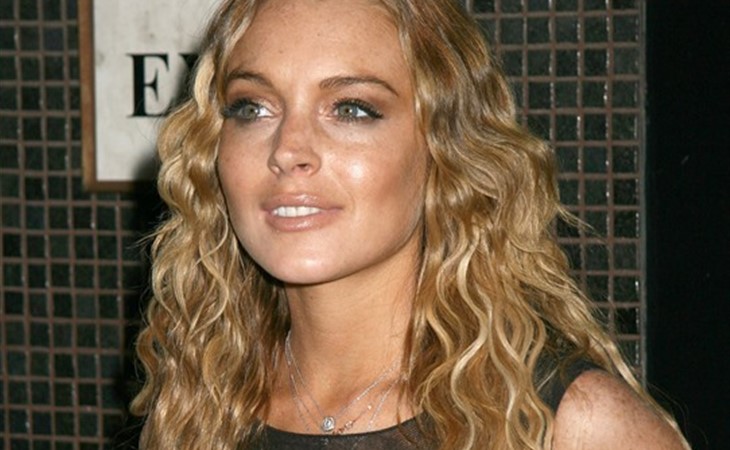 La Lohan in the hospital and in Vanity Fair

Check out any gossip site and you'll be treated to the entire article with details about her weight loss and drug experimentation to how she drove Wilmer away and what a bad ass she thinks she is. Typical Vanity Fair dish - delicious and intriguing only if its subject is worthy of the attention. And in this case, I actually think she is. Something about Lindsay Lohan keeps me coming back. I care. Which is a helluva lot more than I can say for a certain ex-wife. But I digress. The point is - I think she's got 'it'. And I LOVE her nose. I'm actually thinking of dumping Courteney Cox from the top of my 'most coveted nose' list in favour of Lohan’s nose. Right now it's a toss up.

But I digress again. So. Much has been made of her admission to having an eating disorder. And doing drugs. But not wanting the magazine to print that she admitted to doing drugs. Which they went ahead with anyway. Amateur gossip, right? I mean…was that actually such a shocker??? The real shocker of it all was the fact that she openly revealed that it was Lorne Michaels of Saturday Night Live who staged an intervention after she hosted the show in May, ultimately leading to her decision to get help. Lorne Michaels, y'all. Who the hell is Lorne Michaels to Lindsay Lohan???

May I remind you that this child, though she may have red hair, is no Orphan Annie??? Her degenerate creep of a father might be in prison but she's actually managed by her mother, Dina Lohan - a woman so tight and so peeled and so desperate, living vicariously through her daughter, and doing a piss poor job of parenting her kid in the cesspool that is Hollywood. I'm an only child of Chinese parents. In many ways, this has contributed to my selfish, neurotic, and paranoid behaviour. I am however fortunate enough to have a mother who is still around and who smothers me with her peculiar brand of bitchy love. Let's just say she's not the warm and fuzzy type. Still... Compared to Dina Lohan, she is the Mother of all Mothers.

My mother lives on the other side of the country and is too busy shopping, gambling, and singing Chinese opera to check up on me but somehow she always knows when I cry. It's weird. I almost never cry. But on the day that I end up getting pissy and upset and hysterical, the phone will ring without fail, and it will be her, blaring on the other end in her Chinese open market voice, 'Wei??? Hello?? Yee-ling??? (this is how she pronounces Elaine) What wrong? You OK? Tell Mommy!' My mother knows when I've eaten too much red meat and she knows if I've spent too much money and she always, always knows when I smoke because I told her I quit which I have but not when I’m on holiday and not when I’m playing poker and not when I’m celebrating and sometimes not when I’m stressed out. And the woman KNOWS. So… Needless to say... if I rapidly dropped 20 pounds in the space of less than a month, you bet your boob job my mother would be on to me quicker than it takes her to get to her mahjong game, even if she hadn’t laid eyes on me in 6 months. And like I said before, this is not the world's most sensitive women.

Which brings us back to Dina Lohan. What the hell was she doing when her daughter was puking her guts out and shrinking daily on the pages of every tabloid from here to London? And why the hell isn't she hanging her head in shame over the fact that some random television producer had to step in and save her daughter's life. You know what my mother would say about this??? She'd say 'Low classy. Bad mother. Monkey! Monkey! Monkey!' Paris Hilton whoring it up is one thing. Pimping your own daughter and living off the spoils, no matter what the cost, is a whole new level of scum. I daresay it's even dirtier than the patented Federline Freeload. 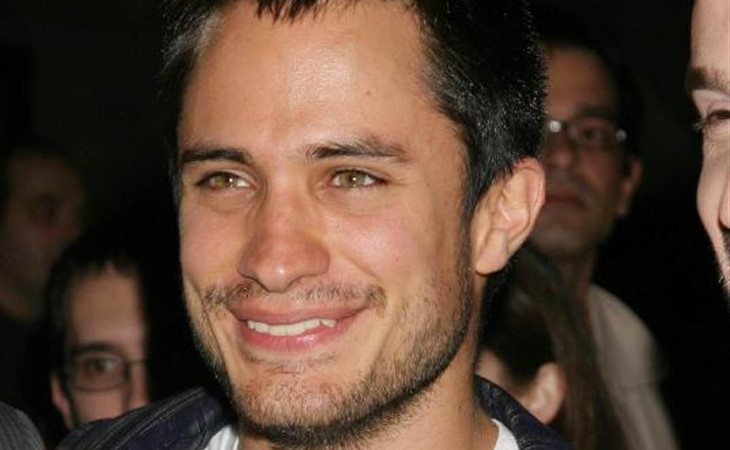 From Mandy H: Gael Garcia Bernal for the Freebie 5