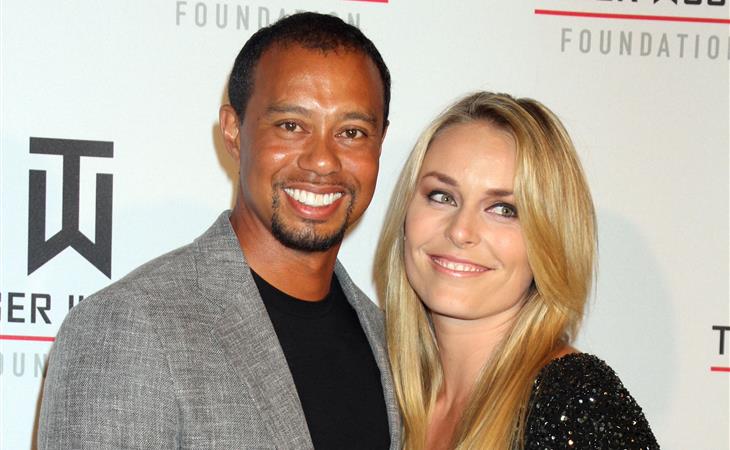 How closely did you follow the Tiger Woods cheating scandal? A parade of prostitutes, a frothy mistress, a mysterious car accident, the beautiful jilted wife…it was basically a story fit for Lifetime.

But there have long been whispers that it was dirtier than reported, MUCH dirtier. That Tiger, though caught, wasn’t really exposed. Sure his endorsements took a hit, but it was really his ego that was damaged. Sports media often commented that he was maniacally private, condescending, robotic in interviews – in hindsight, compartmentalized, no? The scandal, and his management of it (remember the press conference without any press questions?), offered a glimpse into how hard he worked to control his image.

But now Tiger is open and smiling for the world… on Facebook. Because where else would you announce your relationship to the world while asking for privacy? Clearly he likes this tactic as he also used to release photos with Elin, too. Much more tastefully, I might add. Click here for a refresher.

While his family portraits were in service of his “perfect” public persona, the shots of him and Vonn are, according to Tiger, a defensive strategy. Tiger is playing in the Arnold Palmer Invitational this weekend and when asked about the photos explained, "We basically devalued the first [paparazzi] photos."

Sorry, what? You aren’t a Brangelina baby! No one is cutting through a hospital ceiling to get to you. You hid many things for many years – a relationship between two adults isn’t that hard to keep private (just ask Rachel Uchitel).

And did it devalue the shots? I asked Lainey, and she said no. If anything, this ridiculous Sears portrait photo shoot has made me -- and everyone else, especially the paparazzi -- more interested in them. It’s just a first bite. Now we want the candids. We want the candids even more. The beach shots. The just got out of bed shots. Those haven’t depreciated at all. And now he’s just given us an invitation to go get them.

This is not even your future, Lindsay Lohan