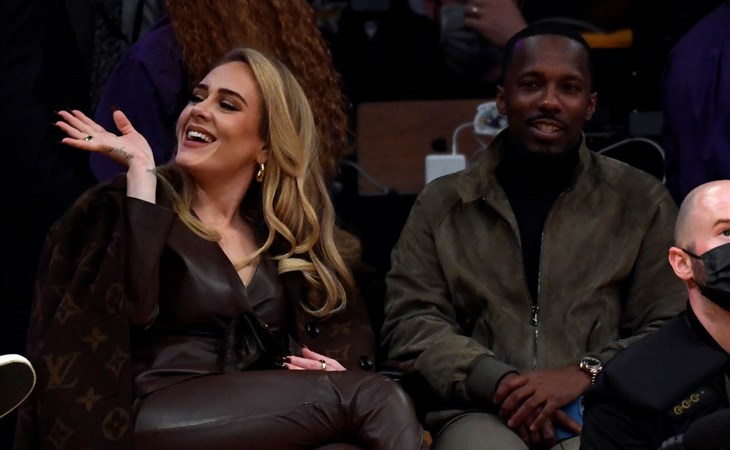 Adele was courtside at the Lakers game with Rich Paul on Tuesday night. It’s not the first time they’ve been seen at a basketball game. It was a big story back in the summer when she and Rich showed up during the playoffs and confirmed their relationship. Adele told Vogue that she never intended it to be a coming out as a couple thing though:

“I didn’t mean to go public with it. I just wanted to go to the game. I just love being around him. I just love it.” The topic did come up on the way to the game, though. “He was like, What are people going to say? And I was like, That you signed me. As an athlete. You’re my agent. And he was like, Okay, cool.”

I wonder though if Rich will come up during Adele’s conversation with Oprah Winfrey. As announced earlier this week, Adele One Night Only airs on CBS on November 14, a few days before the highly anticipated release of her new album 30 and according to the press release will feature “an extraordinary concert performance that includes the earliest opportunity to hear her first new material in six years…[and] some of Adele's chart-topping hits, in addition to several never-before-heard songs”. Also, there will be an interview with Oprah.

Gayle King mentioned on CBS This Morning that the interview was supposed to film some time this week. And, of course, we all remember earlier this year when Oprah took over primetime on a Sunday and it became the Television Event of the Year. This too will be a major television event and I can’t wait to see how it will be produced. Will Adele’s moments with Oprah be intercut between song performances? Or will it be chat first and singing later? Or will it feel like a classic Oprah Winfrey Show moment, with Oprah watching and singing and clapping from the audience the way she did when her talk show was still on?

As for the interview itself, where will Oprah take it? The press release already reveals that "the special will feature an exclusive interview with Adele by Oprah Winfrey from her rose garden, in Adele's first televised wide-ranging conversation about her new album, the stories behind the songs, life after divorce, weight loss and raising her son.”

In her interview with Vogue, Adele talked about all the talk about her body – and revealed that she was disappointed and hurt by it:

“My body’s been objectified my entire career. It’s not just now. I understand why it’s a shock. I understand why some women especially were hurt. Visually I represented a lot of women. But I’m still the same person.” The worst part of the whole thing: “The most brutal conversations were being had by other women about my body. I was very fucking disappointed with that. That hurt my feelings.”

Body and weight loss talk is a sensitive subject – and we are learning that we have to be much more sensitive about it. So it’s a delicate topic to bring up during an interview, and potentially invasive. That said, nobody tells Oprah what she can and can’t ask. And on body and weight in particular, Oprah has her own well-documented and public experience. So Oprah can and very likely will relate to Adele when this comes up.

At some point… it shouldn’t be a discussion anymore though. And maybe Adele’s discussion with Oprah about will be the last time she and we will have to talk about it. 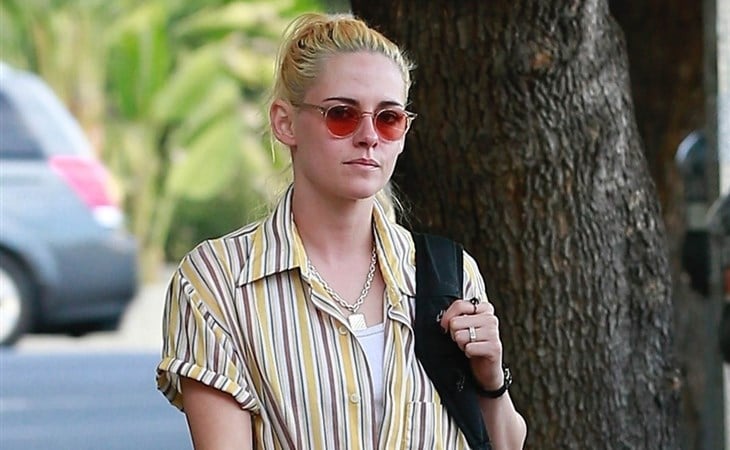