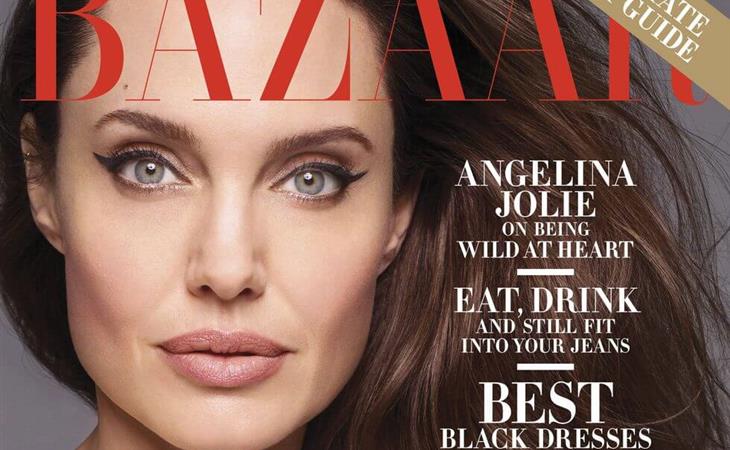 Over the last few months, as she’s stepped back into the spotlight with the announcement that she’s part of Marvel’s Eternals and during promotion for Maleficent: Mistress of Evil, it feels like we’ve been watching the rebirth of Angelina Jolie. She’s been more accessible than she’s been in years. She looks like she’s having a great time. In her interviews, she’s spoken about getting back in touch with her “wild” side. And that continues here in the December issue of Harper’s Bazaar, the final issue to close out the year.

This isn’t a traditional interview. She’s written her responses and it reads like the conversation happened over chat, or whatever app Angelina uses. It opens with a question about seeing in her a “free-spirited, bold side” that was, perhaps, dormant for some time. Angelina’s response:

“My body has been through a lot over the past decade, particularly the past four years, and I have both the visible and invisible scars to show for it. The invisible ones are harder to wrestle with. Life takes many turns. Sometimes you get hurt, you see those you love in pain, and you can’t be as free and open as your spirit desires. It’s not new or old, but I do feel the blood returning to my body.”

This isn’t just about the breakup with Brad Pitt. Remember, in 2015, four years ago, she revealed that she’d had preventative surgery to remove her ovaries and fallopian tubes. That decision had physical consequences, obviously, but it must have also come with an emotional cost. And then, a year later, she and Brad announced their separation. So when she talks about the last four years of pain and scarring, it must have been a full body and mind experience – from which she is now emerging.

She goes on to talk about the importance of knowing yourself, and identifying for yourself who you really are, identifying that which prevents you from being who and what you are, and discovering what it means to each person individually to truly be free. And, yes, the “wildness” comes up when she shares a story about one of her tattoos:

'I have a tattoo, “A prayer for the wild at heart kept in cages.” I got it when I was 20. I was with my mom one evening, and I was feeling lost. I was restless—always. I still am. We were driving to dinner, and she talked about spending time with Tennessee Williams and how much she loved his words. She told me he wrote that, about the wild at heart. We drove to a tattoo parlor, and I got it inked on my left arm. What she did for me that night was to remind me that the wild within me is alright and a part of me.

That, by the way, was how she answered a question about being misunderstood. It’s not quite a pivot but a couple of times in this interview, she deflects questions about being misunderstood or restricted by redirecting her answers so that she’s not exactly addressing how she’s been treated or how she deals with criticism. It’s a deliberate shift and, I suspect, it’s not just because she’s trying to keep things private but because she knows what would happen if she’s perceived to be complaining.

Of course it’s hard not to try to read between the lines and connect some of her thoughts to her marriage and what might have changed between her and Brad. But there’s nothing here you can totally nail down other than the obvious – that she was quite obviously unhappy and that she has now come out the other side of that unhappiness with a refreshed perspective.

“Next year we break ground on a home in Africa.”

Later on, she follows up with this:

“I would love to live abroad and will do so as soon as my children are 18. Right now I’m having to base where their father chooses to live.”

So, basically, as soon as the twins are old enough, she’s out of LA. Maybe by then, she and Meghan Markle will be neighbours? That’s the ultimate celebrity friendship. I feel like we’re getting closer and closer. If Meghan and Prince Harry want to get out of London and Angelina wants to quit Los Angeles, they might find themselves all in Africa at the same time.

You know what’s interesting? She doesn’t call Brad by his name, but she does name another ex-husband – when she’s telling the story about a pair of leather pants:

“At school I wasn’t that popular person; I was a punk. I loved leather, PVC, and fishnets. Those were my three favorite fabrics in my early 20s. I remember the first time I wore PVC pants. I was waiting for an audition, sitting in the sun in L.A. By the time it was my turn, my pants had fused together. I didn’t get the part. But I loved those pants. I wore something similar when I married Jonny [Lee Miller].”

She’s not wearing leather pants in this photo shoot but the wardrobe for this feature is a total throwback to those Hackers days. There’s a yellow wig. And a fishnet body stocking!

There’s also a shot of Angelina in a red swimsuit and a shot of her naked under a piece of chiffon, showing more of her body than she has in years.

The full body version is on the website but the half body shot is almost bridal, the way the fabric is floating around her hair, like a veil: Angelina Jolie stripped herself down to nothing and now, married to herself.

Click here to read the full article on Angelina Jolie at Harper’s Bazaar. 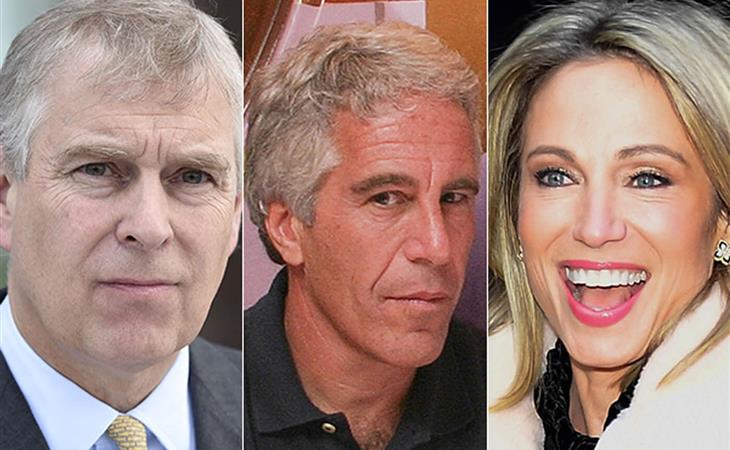 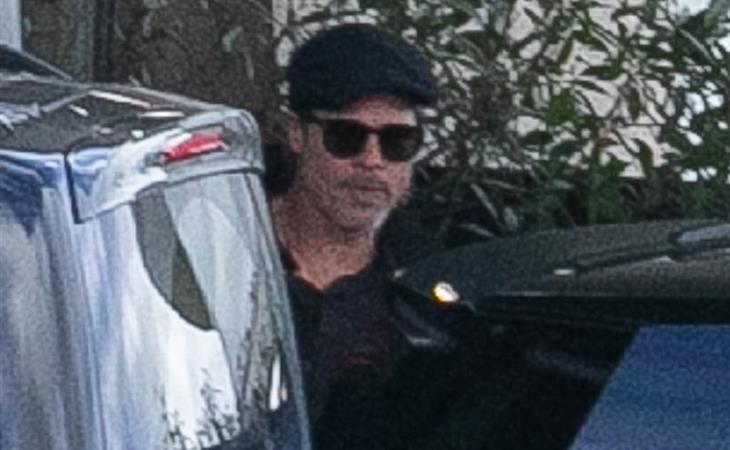