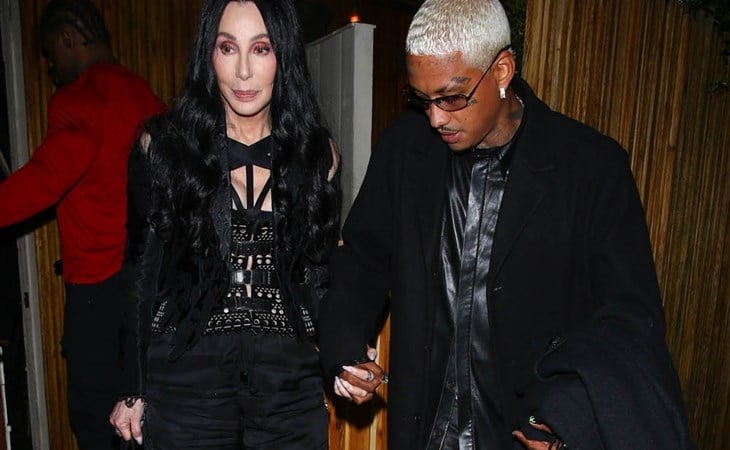 Cher believes in life after love. Last week she was seen cozied up and holding hands with music executive Alexander “AE” Edwards, the 36-year-old ex of Amber Rose; Cher is 76. The pair were meeting up with Tyga at Craig’s in West Hollywood. Media outlets have been reporting on the new couple at every opportunity and many have been left scratching their heads over this unlikely romance.

I get it. A 40-year age gap is not something we see every day, especially when the senior is the woman and not the man, assuming we’re discussing heterosexual relationships, of course. But seeing the stories and tweets pop up all over social media brings up the question – how would we treat this story if this were the case of a 76-year-old man dating a 36-year-old woman?

It’s nothing we haven’t seen before. There have been tons of celebrity relationships with notable age gaps. Jeff Goldblum, 69, married former Olympian Emilie Livingston in 2014. The couple share a 30-year age gap, in addition to two sons.

There was also the marriage, and divorce, of Clint Eastwood and Dina Ruiz. The pair were 36 years apart in age – but the most public thing about their relationship wasn’t the age gap, it was the drama of their split. And just recently, Lainey covered the romance rumours between John Mayer, 44, and 22-year-old Kiernan Shipka.

We’re all well aware of the preferences men like Leonardo DiCaprio and Johnny Depp have for their dating partners when it comes to age. But this conversation brings up the question of whether we’re being hypocritical for slamming men like Leonardo and Johnny for dating younger women if we’re letting Cher off the hook for dating a much younger man.

According to a 2014 Current Population Survey, the average age gap in heterosexual relationships in the U.S. is 2.3 years. That number increases for same-sex couples. The data also suggests that 1% of heterosexual relationships in America have an age gap of 28 years or more. Age gaps tend to have their biggest impact as couples navigate life transitions such as parenthood and health issues that, for the most part, come later on in life. But an age gap can also create or fuel a huge power imbalance in a relationship.

“A large age gap can create money issues if one partner is more established than the other,” says TJ Walsh, a counselor and psychotherapist at The Center for Emotionally Focused Therapy.

That’s part of the concern every time we hear about Leonardo Dicaprio’s new 25-year-old girlfriend. With a net worth of $300 million, it’s unlikely that any woman at that stage in her life has amassed a net worth even close to that. A large disparity in income and age leaves any woman more susceptible to being a victim of anything from infidelity to financial, emotional, or physical abuse.

The research also found that when men are married to younger women, they tend to stay in marriages longer and that older women are more likely to initiate divorce. So whether you’re a man or a woman, if your partner is younger than you, the older spouse in the arrangement is more likely to be the one most satisfied in the relationship.

That’s why it’s nice to see women like Demi Moore, Priyanka Chopra and yes, Cher, dating on their terms – even if it means being called a cougar. When women are the senior in their relationship, there’s less chance of them being groomed by some old fart that’s just in the market for some impressionable eye and arm candy and could fall victim to him using his money, power and influence to get his way.

While I’m here for the cougars, I do wish that she chose someone other than this known sleazebag, who admitted to cheating on Amber Rose with 12 women.

"At the end, I don't think anybody can be happy or successful if you're not truly yourself, whether other people understand it or blame you…" he said on an Instagram live after the news of his infidelity broke. "It's just who I am, and it's not how [Rose] wants to be loved."

But according to sources, he’s treating Cher right and everyone in her family has met him. That may be why she has no problem being so public about the romance. A few days ago, she posted this (super low quality and very pixelated) image of him, with his name and a heart beside it as the caption.

She also responded directly to a fan with this tweet, suggesting she has always been one to take a chance – I love an ABBA reference!

As we All Know â€¦I WASNT BORN YESTERDAY,& What I Know For Sureâ€¦There Are No Guarantees. Anytime you make a Choice You Take a Chance.Iâ€™ve Always Taken Chancesâ€¦Itâ€™s WHO I Am

Reactions to the news on social media were varied. Some didn’t see the issue. Some thought it was gross. And some pointed to the fact that Cher’s children are both older than her current boyfriend. They’re not lying. Chaz is now 56. Elijah, her son with Gregg Allman, is now 46.

For some reason, though, when the woman is the senior in a relationship, there’s more shock involved, and the reactions more visceral. It makes me wonder whether we’re projecting biological biases onto these star couples.

The emphasis on a woman’s fertility as being the only viable way to measure whether she is a suitable dating partner has manifested itself into our society in gross ways. Just the other day I watched an episode of 90 Day Fiancé and Usman, who is Nigerian, sat his partner Kim down with his parents to get their blessing ahead of their engagement. But with him being 33 and Kim being 52, the concerns over her fertility took hold of the conversation immediately. His mom refused to offer her blessing, urging her son to marry a woman she already arranged for him, who was much younger, more fertile, and suggested having Kim as his second wife. Kim left the room feeling visibly defeated and my heart truly ached for her.

As a 76-year-old woman, Cher is not dating to produce children. Cher is dating to have fun. To experience love. To experience companionship. It’s a sentiment shared by Susan Sarandon, who is currently the same age as Cher. Several years ago, she dated Jonathan Bricklin, 31 years her junior, before splitting up in 2015. She chatted with PEOPLE last year to talk about where she’s at in her dating life.

"I would like to have a travel companion, male, female — age doesn't matter," she said. "But I would like to find someone who's up for an adventure kind of attitude. And also, who cares about something passionately and who loves what they do, whatever that is."

While Cher and AE may not have age in common, they do share a love for music – and that’s been enough to bring people together, like Katharine McPhee and David Foster. Plus, as women age, the dating pool really does get smaller, so it’s no wonder there’s more openness to dating someone of the same-sex, someone who lives across the world, or someone from a different generation.

There’s also the fact that many women in their later years adopt the role of caretaker, willfully or not, for their ailing partners and parents, or maybe their adorable grandbabies. So it's no wonder women like Cher and Susan are throwing caution to the wind and putting less emphasis on age, and more emphasis on fun. After all, we’re here for a good time, not a long time.

Attached: Cher and Alexander Edwards leaving The Nice Guy nightclub in West Hollywood the other day. 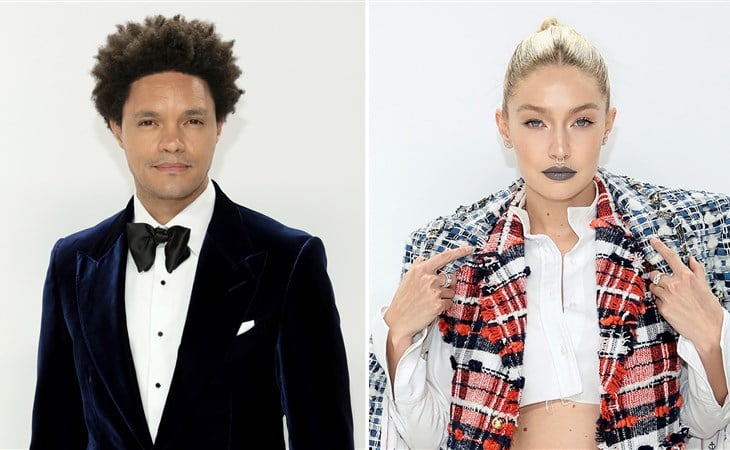 Drake gives us Gigi and Trevor 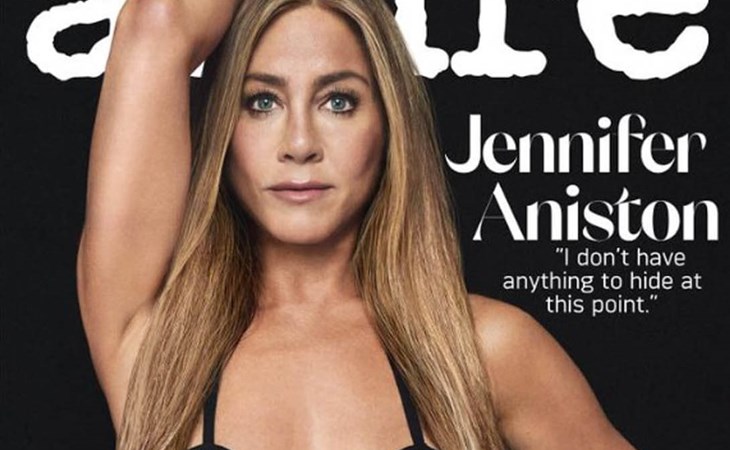