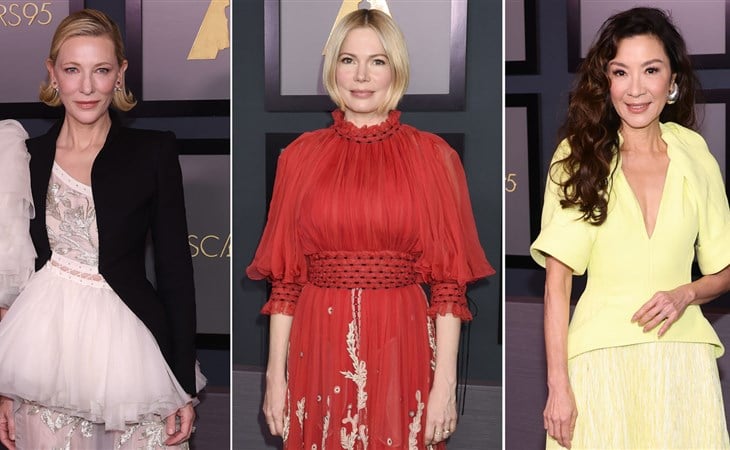 The Actresses Show Up To Campaign

Unlike the Best Actor category which I posted about earlier, the Best Actress category for Oscar this year is much more competitive. We have our frontrunners, no doubt, but there are several other women with legitimate claims to the few remaining spots. And it’s looking like it’s a good race shaping up in the Supporting category, too. Which is why so many of them showed up to the Governors Awards this weekend. With the fashion, too!

Cate Blanchett, Michelle Williams, and Michelle Yeoh are pretty much locks for Best Actress. Cate’s in a spectacularly dramatic and sustainable Alexander McQueen. Michelle Williams wore red Christian Dior, a bold colour choice because she’s making a bold move, contending in the lead category where she’s up against Cate, not an easy ride at all, when she could have submitted in supporting and had a much clearer path. In making this choice though, it means she has to get out there, and get noticed. It doesn’t hurt that she’s in a Spielberg movie, given his influence in the Academy. But all the more reason to build on the momentum.

And then, of course, there’s Michelle Yeoh, who’s been in the Best Actress chat since way back in February when Everything Everywhere All At Once first opened and became the word-of-mouth hit of the year. The nomination is coming, at this point I don’t think there’s any doubt (it would be one of the biggest snubs in history if the Academy leaves her out), but can she win? Cate is the presumed favourite because she’s Cate but there’s a lot of goodwill for Michelle in the business. I don’t think Cate has run away with it at this point, it really does feel like it’s a race.

You know what else makes it a race? All three of these actresses are coming in with films that are heavyhitters. Cate’s Tár, Michelle Williams’s The Fabelmans, and Michelle Yeoh’s Everything Everywhere All At Once are all considered in strong position for Best Picture nominations, in addition to nominations in other Oscar categories.

That could help Margot Robbie, who the industry loves anyway, with her performance in Babylon. That said, Babylon just started screening last week and the hype seems to have fizzled. She was at the Governors Awards this weekend making a case for herself but like I said, there are other very strong candidates who are working the circuit, too. Like Danielle Deadwyler in Till. And of course Viola Davis in The Woman King, who showed up at the Governors Awards in an amazing Christopher John Rogers dress. That's six names and only five spots and we haven’t even gotten to the longshots yet.

Jennifer Lawrence is a long shot at this point, but she, too, was present and accounted for at the Governors Awards, letting the Academy know that she’d love to be invited to the party for her performance in Causeway. And Sarah mentioned Florence Pugh in today’s open – her performance in The Wonder is being widely praised and in any other year, she might have been a factor, but that’s how strong the field is this season. The fact that Florence is there though, considering that…ummmm….she has been selective about her appearances this year says something, perhaps, about her ambitions. 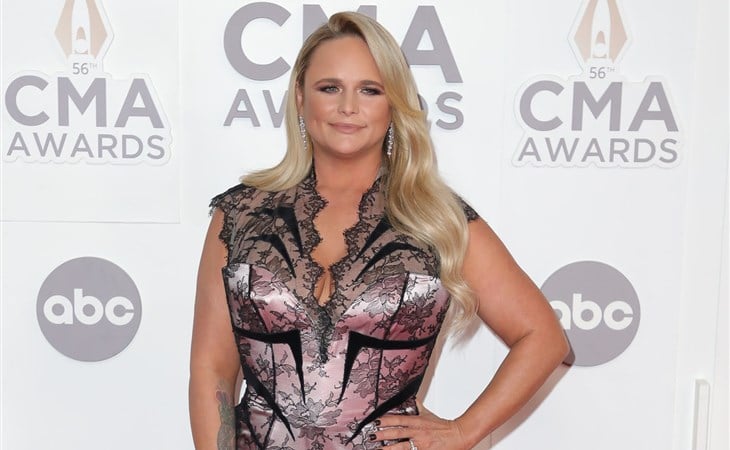 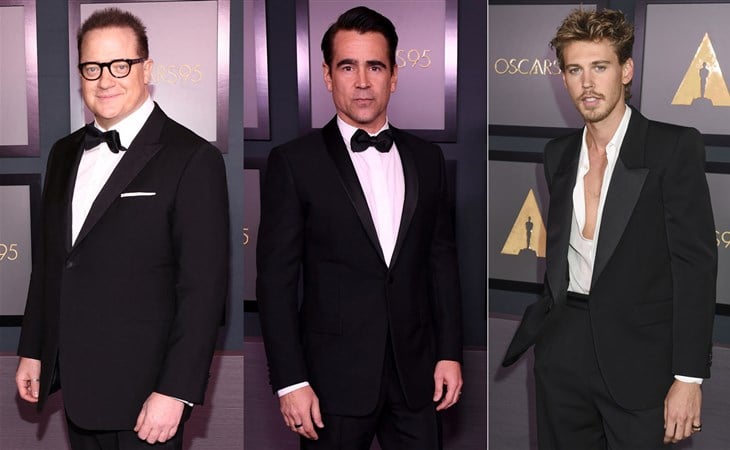