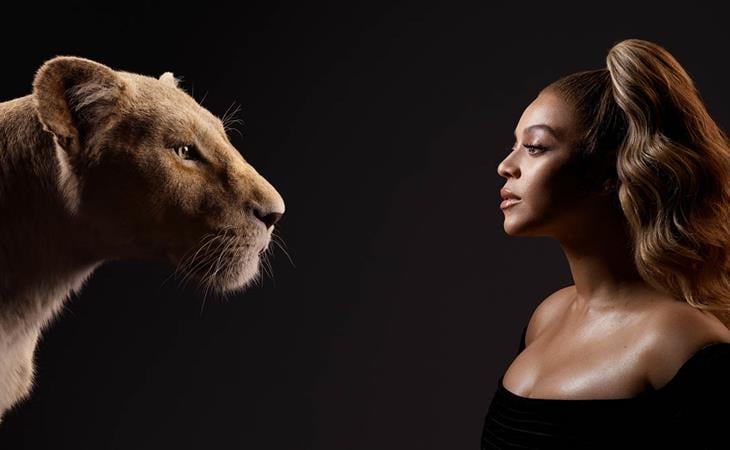 The Lion King opens on July 19. The final promotion stage is here, which means premieres and red carpets. And you know the biggest name involved. It’s Beyoncé, obviously, whose presence has been minimal so far – no junkets, no magazines, not much other than posting the trailer on her website and dressing up in a lion outfit for the Wearable Art Gala. Today, an update: Disney released new character posters from the movie and Beyoncé posted hers on Instagram, no caption of course:

There’s also a new featurette with commentary from Jon Favreau and most of the cast members. “Most” of the cast members. Donald Glover speaks near the end, and there’s some footage of him in the recording booth with Billy Eichner and Seth Rogen and there’s ONE shot of Beyoncé with headphones on but she doesn’t talk to camera the way everyone else is. Beyoncé is not giving interviews.

It’s not just media. We interviewed Billy Eichner last week on The Social, he’s in the movie and even he hasn’t met her yet. He’ll get a chance to as The Lion King Hollywood premiere will happen next Tuesday, July 9. Beyoncé will be on that carpet and she’s expected to be at the London premiere on July 14 too. Prince Harry is expected to attend and now we’re hearing that Meghan Markle will join which means the Duchess might meet the Queen. And that shot will be a mic drop.

And I’ve been writing often lately about how Meghan seems to have been modelling some of her PR after Beyoncé’s example. We could be getting set for a major gossip moment happening in two weeks. In addition to a blockbuster movie.

I don’t know if I’ll be able to handle The Lion King. Last night at dinner, we were talking about how hard it’s going to be – you know, the hardest part in the movie. As I keep saying, it was already hard in the animated version. Picture the animals rendered in live action, how real they look… and Simba thinking he killed his dad, Simba nudging his dad, Simba tucking himself underneath his dad’s paw. I’M CRYING DESCRIBING IT. How am I going to handle seeing it? How are we all going to handle seeing it? Am I the only weak ass who might go for a pee break during that scene? 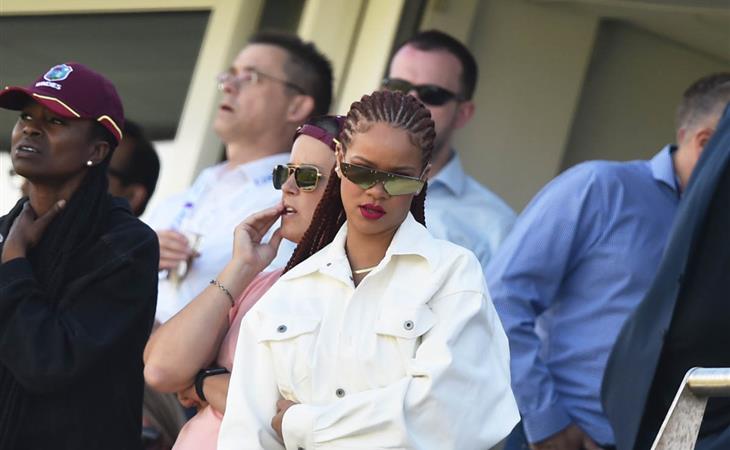 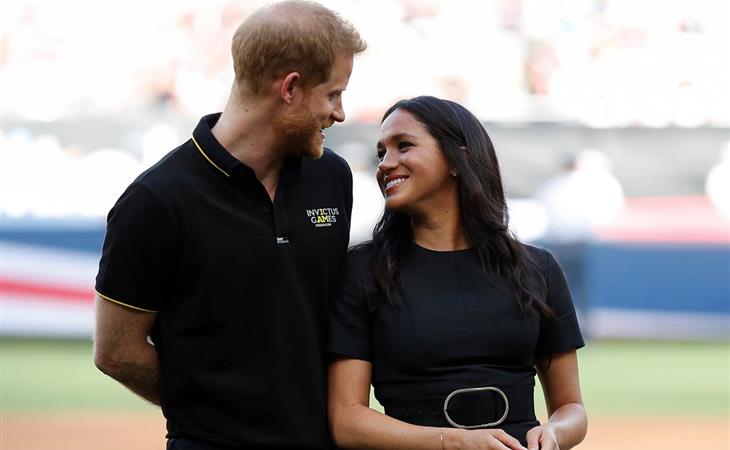 House Sussex at the baseball