Stance has released its newest line of socks with Rihanna, a Red Carpet Box and a Music Video Box. I think I’m partial to the red carpet, because I love the 2016 Met Gala look. What I’d like to see is how many different samples they made, and how she decided which ones she liked and which ones she didn’t. Can we get a behind-the-scenes on Rihanna looking over socks? I’d watch that.


I’m loving Insecure this season, so much that I don’t watch it Sunday nights. I want to give it its own night, separate from Game of Thrones. Kelli, for me, is a breakout this year. I’m giddy every time she’s on the screen.


Rachel Bloom gave an interview in which she specifically talks about money – how much she makes, how much she spends on red carpet dresses (because designers won’t dress her non-sample size body) and even hair and makeup (which can run up to $800 if the studio doesn’t cover it). It’s interesting because this is an additional cost that really affects females but isn’t usually talked about in such detail. For the superstars that have the money and studio support, it’s easy. But for the lesser known stars, the ones working with minimal studio support, I imagine promoting and campaigning for award show nominations can get really expensive. Especially if designers won’t dress you, as is the case with Rachel.


As Lainey pointed out in today’s intro, Serena is in the VOGUE September issue, and covered Vanity Fair in August. Meanwhile, Maria Sharapova is on the cover of Hamptons Magazine. Sometimes things are as they should be.


Gigi Hadid and Zayn Malik are on track to make it through their second summer together. Come on, no one thought they would last this long. Is he going to propose again?

If we evolved from apes why are there still apes.


Bella Hadid’s September cover count is kind of insane: VOGUE Arabia, VOGUE China, VOGUE Spain, Harper’s BAZAAR China, ELLE Russia, Super ELLE China. Twenty years ago, models could do covers in different countries and they wouldn’t cross continents so easily. Now, with social media, we have access to magazines we would have only have found – maybe – in a specialty shop back then. Between this and her endorsements and red carpet and runway, it’s a lot. Is her team strategizing a break to avoid overexposure?


💚💚💚 Vogue Spain September Issue ! Absolutely crazy! Thank you @patrickdemarchelier @ondineazoulay I appreciate you so much! Shot in the streets of Paris! Xox💚💚💚


Wow.. Thank you...September Issue of @voguearabia Shot by Mr. Incredible, Karl Lagerfeld.. I am so honored and proud to be on this cover of Vogue Arabia, not only to be shot by the one and only Karl, to be touched by the legend @peterphilipsmakeup and hair done up by the unrivaled @sammcknight1 styled by the one and only @amandaharlech ❤️... but specifically to represent and cherish my half-Palestinian blood from my father and his strong, loving, wonderful Arab side of my family. This cover is in honor of my teta Khair Hadid, my family, and my Arab/Muslim friends out there..❤️Thank you so much for allowing me to be a part of the newest international Vogue and thank you Vogue Arabia for continuing to celebrate and accept all different cultures and customs the way we all should❤️🕊


I wonder if Kathy will ever be able to name this person, because this email is unsettling.

Holy sh*tballs! Please read entire letter. Not a joke. It's from a current member of the Board of Directors at CBS. NOT saying this is CBS's view, in fact they may not be aware that their board member has these leanings. It's NUTS 👇👇🏻👇🏼👇🏽👇🏾👇🏿 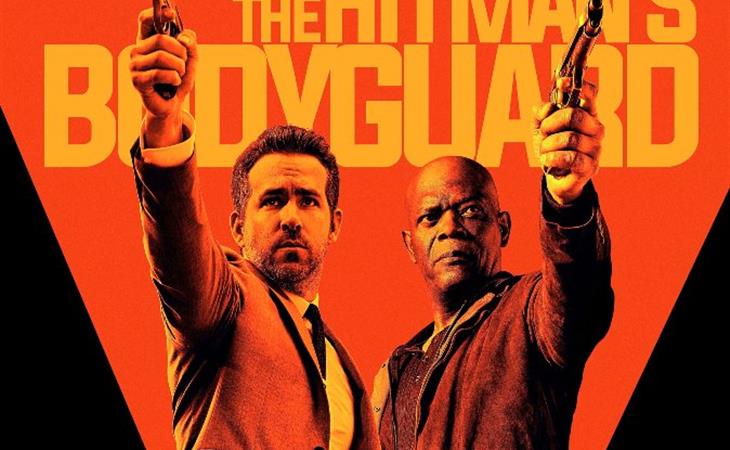 Ryan Reynolds and Samuel L. Jackson in The Hitman’s Bodyguard