Duana was freaking out about this yesterday. She’ll say that was an exaggeration. But she has described Lin-Manuel Miranda as “Santa Claus” before – like that person she believes exists but will never truly see in person. She’ll never see her Santa on the subway.

To the dude next to me on the bus (because the A is f***ed today) who just quietly showed me this while I was with my kid, so that he was none the wiser, thank you pic.twitter.com/0aRLOAvAjr

You can never be overly decorated for the holidays🎄 pic.twitter.com/mPBwUdUFPl

I quite like the gigantic shades on Tyra. I think maybe though there’s too much going on in the outfit. Like between the ruffles and the waist-tie and the criss-crossing at the arms and legs, one of these elements could have been discarded.

Cardi B is dropping a new video today and I’ll probably be in-flight when it happens so now I’m wondering what the reaction will be when I land.

Hugh Jackman, Ryan Reynolds, and Jake Gyllenhaal seem to be hanging out more and more – or at least letting us know that they’re hanging out more and more. Hugh and Ryan have this play love/hate big brother/little brother thing going on. And Ryan and Jake share a similar sense of humour. You know what we don’t talk about where Ryan and Jake are concerned? Taylor Swift. Ryan and Blake are tight with Taylor. Taylor and Jake… well… you know. So if Ryan and Blake throw a party, like a birthday partyfor Ryan, who gets invitation priority?

It’s that time. It’s Aspen time. I’m looking forward to this year’s Mimi’s Aspen Christmas. She’s feeling herself hard right now. “All I Want For Christmas Is You” is now the biggest holiday hit in 60 years. Mimi’s been making a LOT of money lately. In so many creative ways!

Have you noticed some festive sparkle at London Bridge, Waterloo or Stratford stations this week? ✨

We’ve teamed up with Sony Music to bring you Mariah Carey safety messages.

All Mariah wants for Christmas is for you to hold on to the handrail and take care on the network. 🎄 pic.twitter.com/WcgndLbnoo 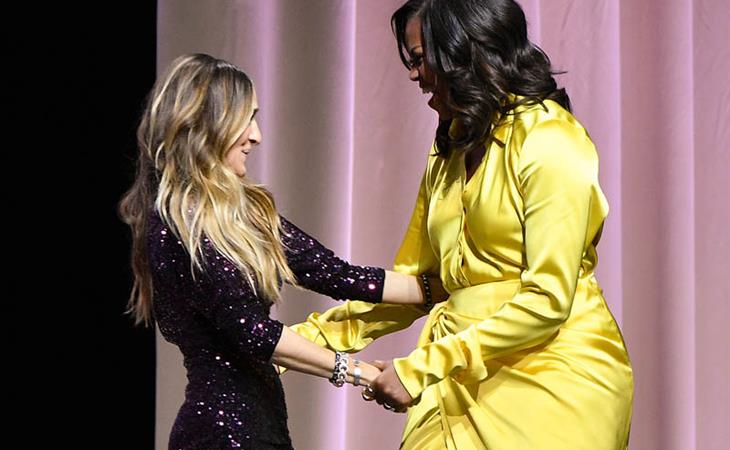