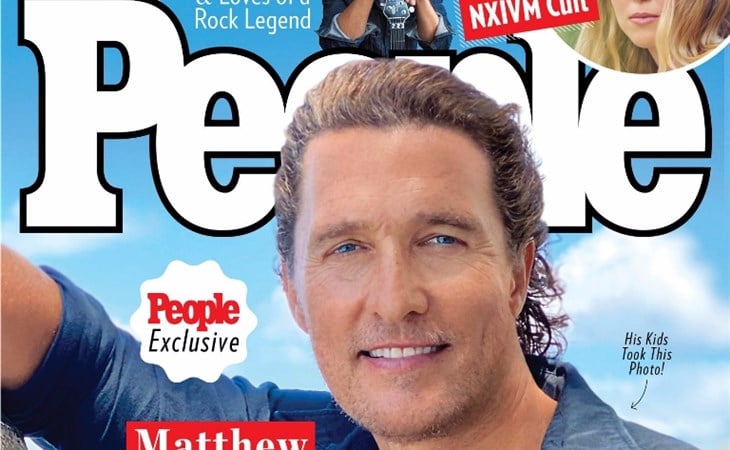 Matthew McConaughey is on the cover of PEOPLE, a solid and safe choice any time of year. But it got me thinking that Sexiest Man Alive is coming up. Any guesses? Last year I, for the first time ever, correctly guessed John Legend. This year I’m kind of stumped. Brad Pitt for the three-peat? Always on the table. Michael B. Jordan (who we will get to in a minute)? Possibly. If Tenet was a hit, I would say John David Washington for the first second-generation SMA title (after his dad, Denzel) but the pandemic kind of smothered it. New Batman Robert Pattinson? He probably wouldn’t want it. But maybe, possibly, there will be another two-timer to add to the list: Ryan Reynolds. Fall Guy is in theatres (as of now) in December and he’s gotten a lot of play for his marketing campaigns over the last year.

But why would you ever count out Michael B. Jordan for SMA when he does stuff like this. In the name of democracy, of course.

I am beyond obsessed with Dominic West’s sh-t-eating grin and this story has me thinking about a simpler time in gossip: Sienna Miller and Balthazar Getty. This was a capital-S scandal because Balthazar was married (and Sienna had dated his Brothers and Sisters co-star Matthew Rhys). It was juicy. There are so many similar shades to the Dominic West story: both men are scamps. Sienna, like Lily, was a younger star with many suitors (this isn’t a knock – I hope Lily is getting dicked down by as many movie stars as she likes). Catherine is a well-heeled wife with a stiff upper lip and Rosetta Getty has a lot of powerful friends and famous people in her inner circle. But how will the story end for Dominic and Catherine? If we are looking at precedent, well, Balthazar and Rosetta are still married.

Yes Malala Yousafzai is the youngest Nobel Prize laureate but she can also curve a guy on Twitter like it’s her job.

Miley Cyrus has such intense mullet energy, in a good way.

Surprise album drops have become the norm, but Ariana Grande is going the old school route and giving a lot of advanced notice so her stans can prepare.

Mindy Kaling’s social media strategy is very respectable. Her team plans well. They hid a whole-ass baby during a pandemic while still keeping up with content. Then Mindy made the announcement (on her own timeline) and they’ve gone right back to posting as normal. I think that she has an archive like Beyoncé. 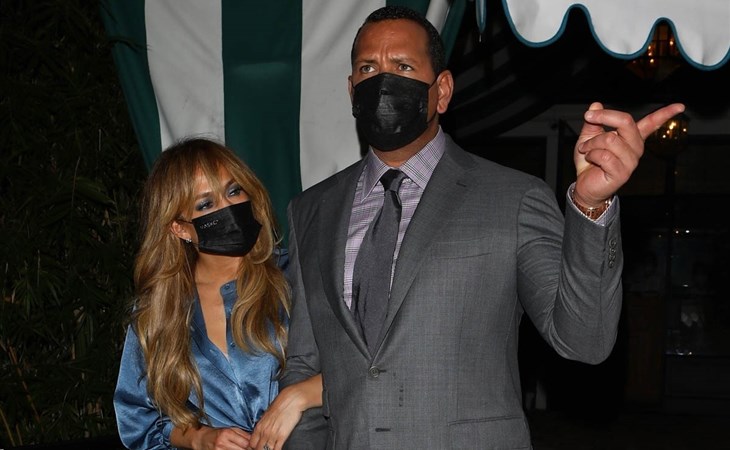 Date Night at the Bungalow