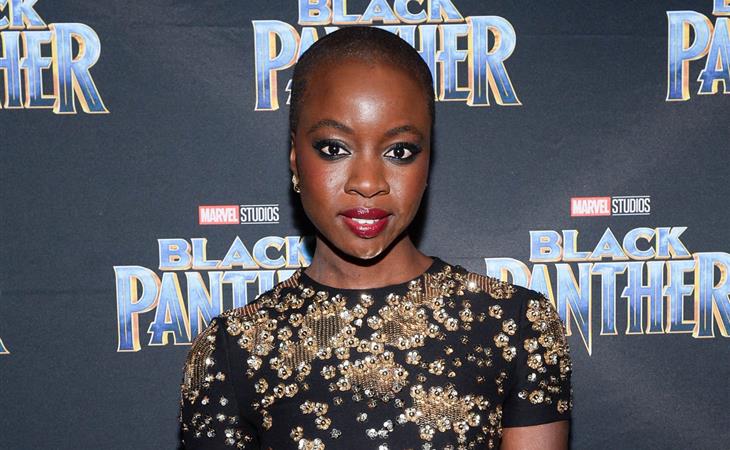 My day job is producing a daytime talk show. Lainey is one of the co-hosts of that show. I am our celebrity and entertainment producer so crafting segments featuring celebrities, pre-interviewing them and talking to them is my job. I do it all the time. I scream at all of you in all caps a lot and I don’t hide how much of a fan girl I am at my core but at work, I usually keep my chill (Taika Waititi was the exception). I don’t get star-struck often. Yesterday, I produced Danai Gurira. I can’t even type that without freaking out a little bit inside. I wasn’t star-struck. I was awe-struck. We all were. This woman is so smart, funny, friendly and so stunning in person, it honestly felt like meeting royalty. (She was also wearing the most incredible blazer that I need in my life ASAP.)

If you watch The Walking Dead, you know that Michonne is a f-cking badass and the best thing about that show. Danai Gurira’s Okoye and the Dora Milaje are one of the greatest things about Black Panther. Okoye is so captivating, you don’t want her scenes to end. She is a FORCE. The Dora Milaje are unlike anything I have ever seen on screen. Here’s what Danai Gurira said on The Social about what playing Okoye meant to her:

“It really spoke to this idea that you could collaborate ferocity with femininity. There is no compromise there, you don’t need to compromise either side.”

Ferocity and femininity are not mutually exclusive. How often are we told the opposite? How often are we told to calm down, or stay quiet or that we eat our f-cking chips too loud? For so long, to be feminine meant to also be subservient. Well, the Dora Milaje is saying “f-ck you” to those days. The Dora Milaje are beautiful and sexy objects of affection but they will also kick the sh-t out of anyone trying to step to their country. They are soldiers. They are warriors. They are BOSSES. F-ck, I’m getting emotional just thinking about them.

Danai also talked about “starting a revolution” with her shaved head. How often have we been told that long hair is integral to femininity? Danai said that a Marvel exec’s daughter told her she wanted to shave her head after seeing Black Panther. This is the power of that film. I wanted to start a revolution and shave my head to after seeing it too. I want to watch Black Panther before every big meeting and moment of my life. Black Panther gives you the confidence of 10,000 mediocre white men. Meeting and talking to Danai Gurira has the same affect.

We also asked her about being a playwright (oh yeah, don’t sleep on the fact that she’s also a TONY NOMINATED playwright, no big deal) and her mission to tell stories from an African female perspective. Danai was born in Iowa but grew up in Zimbabwe. Especially now, she says telling those stories is imperative.

“To me, it’s always been important but yes, indeed, it’s even more important to get unheard voices out there to counter whatever is being said that doesn’t make any sense to what’s true… I kind of felt like a mad scientist in the beginning because there was no one out there telling stories from the African female perspective – the idea that “does that work? Will people relate to that?” I believed they would. All you have to do is actually allow the characters to have full dimension and to steer a full, powerful, real human narrative and people will respond… It just counters any ignorance that’s uttered and that’s really what it is – ignorance.”

PREACH, DANAI. #WhatBlackPantherMeansToMe was trending on Twitter yesterday. Black Twitter was sharing stories of isolation, yearning for representation and celebrating blackness. Everything Danai says here is why Black Panther means so much. It is a counter to all the ignorance out there but it’s also a vehicle for “full, powerful, real human narratives” starring African black people. Black Panther is a great film. I wish we could just leave it at that. But I won’t stop pointing out that it means so much more than every other Marvel superhero movie. Until we see the real, three-dimensional human narratives of black people consistently on screen, I’m going to keep shouting about how important it is to see these movies and to support artists like Danai Gurira.

I did not cry in front of Danai Gurira. I may be a nerdy kid at heart but I’m still a professional, guys. I did, however, say goodbye to her by yelling “Wakanda Forever!” and she responded with “Wakanda Forever!” in her Okoye voice and I was so overcome with joy, I went back to my desk and wept into my keyboard.

You can watch Danai Gurira’s full segment on The Social here.

Here is Danai at the Toronto premiere of Black Panther last night. 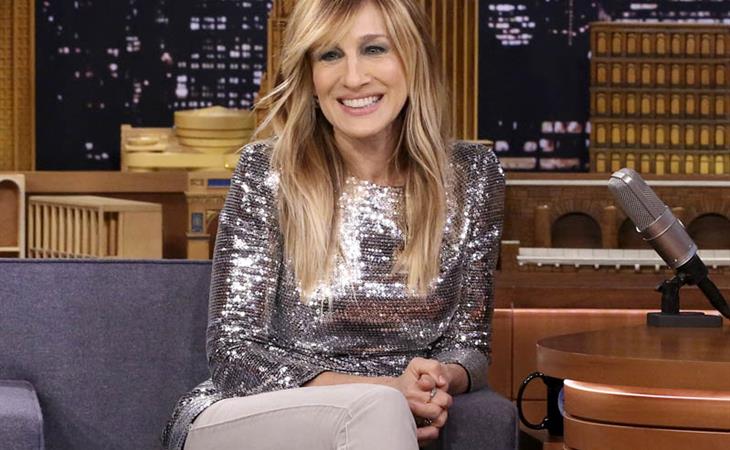