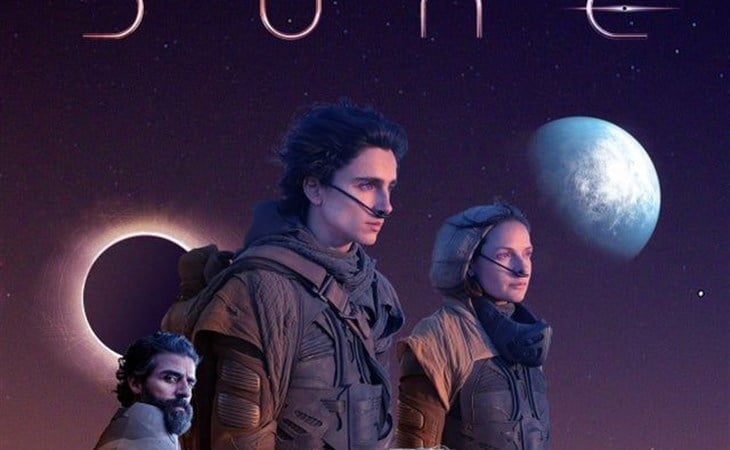 When the first trailer for Dune was released last month, I said it wasn’t going to come out in 2020, and sure enough following Bond, it is the latest movie to pull up stakes in 2020 and seek greener pastures in 2021. Specifically, Dune is taking overThe Batman’s October 1, 2021 release date, which pushes The Batman back (again) to March 4, 2022. Most of the real estate in 2021 is already taken, so studios shifting the last blockbusters out of 2020 will have to cannibalize release dates claimed by other movies in their stable just to make it all make sense. For example, Warner Brothers also shuffled The Matrix 4, moving it up to take over Black Adam’s December 22, 2021 date, while The Flash takes over Shazam! 2’s November 4, 2022 slot, and Shazam! 2 goes all the way back to June 2023. Black Adam, a Shazam! spin-off starring The Rock, is now undated altogether.

Wonder Woman 1984 is now the last major movie standing in 2020, with Disney still holding Soul, Free Guy, and Death on the Nile on the calendar, and Paramount still has Coming to America 2 in December, but I bet that one goes to Netflix. WW84 is going to move, but Disney seems low-key hellbent on dumping the other films, so their remaining 2020 movies might actually be seen this year (Soul is set to premiere at the Rome Film Festival next week). But now that basically every major movie has vacated 2020, the question is: what next?

Some analysts are saying that studios should “take a hit” and flush major films down the toilet in 2020 to support theaters. They won’t do that for two reasons: 1) they literally can’t afford it, and 2) it won’t do sh-t for theaters if people don’t show up. To the first point, studios are hurting as badly as most businesses in the pandemic, and I’ve said it a million times but here it is again, they just cannot afford to give away movies they expect to make hundreds of millions, if not billions, of dollars at a time when the most anyone can muster up is $300 million in six weeks. Which leads to point the second: Tenet has already proven blockbusters aren’t viable right now because AUDIENCES DIDN’T SHOW UP. Go on about the “relative safety” of movie theaters, the basic fact is that people are obviously not comfortable going to theaters just yet. Should we tell people to “take a hit” to save movie theaters? Somehow, I don’t think that will read the same. As long as audiences aren’t turning out, blockbusters aren’t worth releasing. Sony Pictures chairman Tony Vinciquerra put it succinctly, saying Sony won’t “make the mistake” of releasing a $200 million movie right now. Get flexible or die trying.

The problem is exactly the same as it was six months ago. Studios and theaters are not collaborating on innovative responses to the realities of the pandemic. Theaters might have more support from studios if they would let studios test different release strategies as they respond day-to-day to changing circumstances with the latest COVID numbers and outbreak information guiding release strategies. Theaters are trying to do business the same way they always have in a year when nothing is f-cking the same. And really, at this point, what is in it for the studios? In fourteen months, they’ll be allowed to buy movie theaters and control production AND distribution. Yes, that’s bad for consumers, but from the studios’ perspective it’s a great thing. Studios have no incentive to help out theaters now, especially when theater owners are actively blocking studios from attempting new release strategies. It’s an impasse, and one I don’t see clearing up any time soon. Free Guy is sticking it out