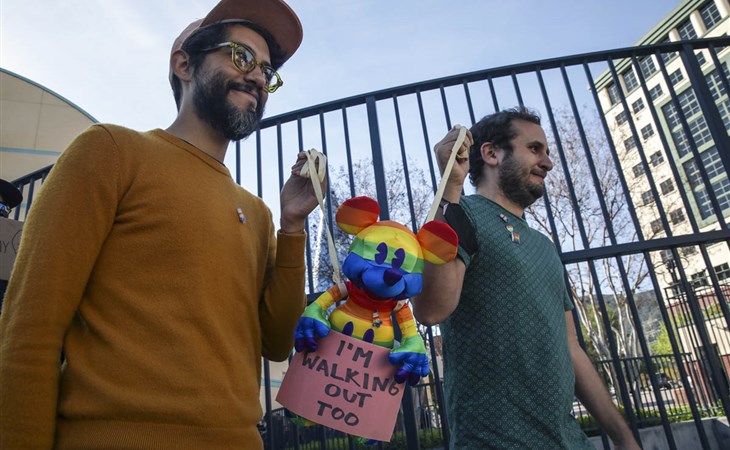 It has been a bad month for Disney. Their employees are in open revolt over the company’s lackluster response to Florida’s “don’t say gay” law, and now they have stars of high-profile projects taking them out like the trash on the red carpet, too. But wait, there’s more! Employees have organized a series of walkouts, including yesterday’s full-day walkout. It’s sad but kind of hilarious how Deadline tries to play this down by pointing out the walkout didn’t occur at the front gate of the studio, but there are videos on social media showing a large number of employees exiting the studio, so it’s not like NOTHING happened.

Hundreds of Disney employees walking out at company HQ in Burbank #DisneyWalkout pic.twitter.com/n9QpNmAHIf

Not to mention all the people who called in/signed out in support of their LGBTQIA co-workers.

Itâ€™s #DisneyWalkout day, and as a gay writer on a Disney show Iâ€™m stepping away from zoom to highlight the hypocrisy of a company who asks me to create inspiring diverse content, while simultaneously harming my communities. #DisneySayGay #DisneySayTrans #DisneyDoBetter

Then there were the coordinated statements released by many of Disney’s subsidiaries, including Marvel (last week), ESPN, Hulu, FX, the Disney+ team, and WALT DISNEY WORLD, which again, is one of the biggest employers in Florida, thus giving Disney real economic power in the state.

So, the open revolt continues, and it increasingly feels like all the tentacles of Disney are lined up against the main body of the company, as represented by the CEO, Bob “II” Chapek. Speaking of Disney Bobs, there’s been a falling out! Alex Sherman at CNBC has a thorough report on the cold war that has arisen between now-former Disney boss Bob Iger and his once and future protégé, Bob Chapek. Bob II has been eating this Florida situation all month, on top of the public spat he had with Scarlett Johansson last year, and now there’s a rift at the top of Disney between the old boss everyone loved, and the new boss no one likes. Toxic work environments! Wheee!

Business-wise, Bob II is actually doing well. Disney beat the last quarterly expectations, and they’re bouncing back from the COVID slump despite the ongoing pandemic. And there’s a lot Chapek is doing that Iger initiated, including making Disney+ and streaming the center of Disney’s entertainment plan. But there is no denying Bob II just does not have the personal touch Iger did, and it sounds like he actively makes things worse with the way he’s consolidated power and thus disenfranchised department heads who were used to running their own shops with little interference. We can debate the efficacy of individualized department power versus central management, but it’s pretty obvious some of the current furor is spurred by deeper unhappiness that has been brewing since Bob II started implementing his changes. Which is not to say the business stuff is more important than the human rights stuff—it is NOT, and putting business first is why Disney is in such a bad spot with their own employees—but it’s clear part of Disney’s present mess is growing out of Bob II’s unpopular leadership.

Also, one thing not getting a ton of play amidst all this, is that Bob II is relocating the “imagineering” department from California to Florida. Uprooting your life—and the lives of your family—and moving entirely across the country is tough enough, but to do it between two states with such disparate human rights records is BONKERS. Not that California is perfect, but for sure your female and queer employees, and their families, have more legally protected human rights in California than they do in Florida. People with uteruses are looking at restricted reproductive rights, anyone in the LGBTQIA community is looking at living in place that is making it an actual law that their mere existence isn’t welcome discussion in schools.

The Imagineers are, of course, trying to leverage the current uproar to remain in California, or at least guarantee jobs with the company for those who choose not to relocate. As well they should! I hope this is just the pressure they need to keep jobs they love without having to move to a state that might actually restrict their HUMAN RIGHTS. But as a larger point, this kind of culture clash will just keep happening as the gap between which states afford which groups what rights widens. We saw it before with Georgia and the “heartbeat bill” when studios were pressured to move productions out of the state. Ultimately, there was no boycott because the bill was stayed by a lawsuit from the ACLU before being ruled unconstitutional in 2020. But it is going to be worth executives’ time to pay attention to these sorts of state-level laws, because it is actively abhorrent to force people to quit or sacrifice their human rights. Moving sucks enough without knowingly sending your employees somewhere they will not be protected equally under the law. 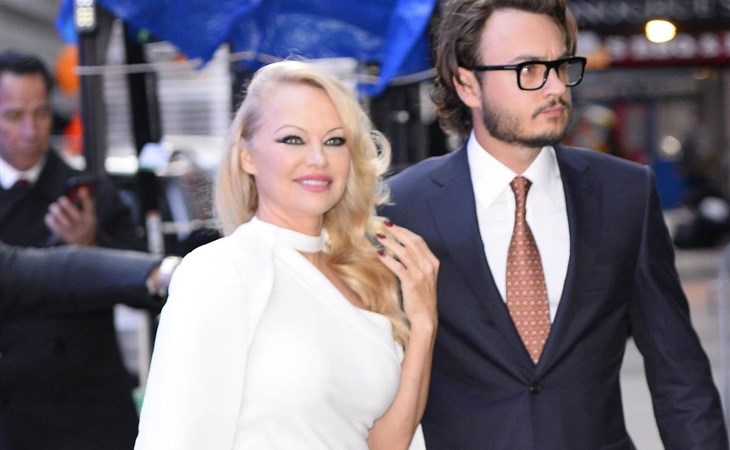