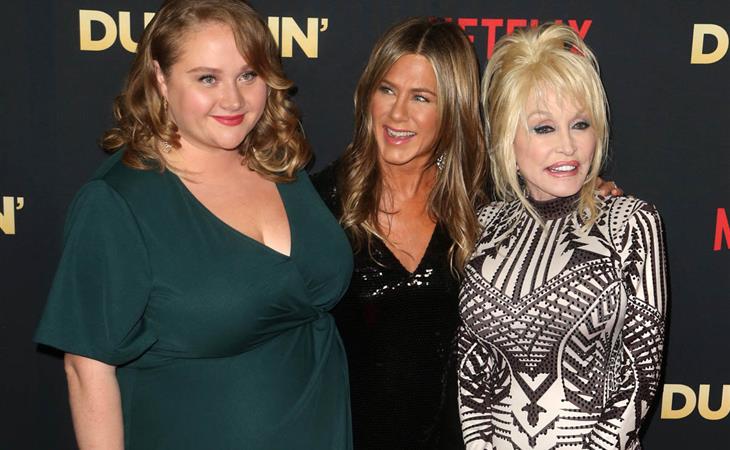 Here are Dolly Parton and Jennifer Aniston, along with Danielle Macdonald, at the premiere of Dumplin’ last night. As we’ve seen, since they’re the marquee names, Dolly and Jen have been leading most of the promotion for Dumplin’ so far. I’m curious though, once people start seeing the movie, which is available on Netflix now (I’m planning a mac & cheese dinner for tonight while I watch), whether or not Danielle is going to start trending on social media, the way it happened for Lana Condor and Noah Centineo a few months ago when To All the Boys I’ve Loved Before was released. If you’ve seen Patti Cake$, you’re already familiar with Danielle’s work. She’s delightful. And Dumplin’ is her story. Dumplin’ is the one who’s asking the questions, who’s challenging where she belongs, and who gets to say if she belongs. It’s her identity that is centered. And so I imagine that this is the plan – that once people start seeing the movie, and if lives up to the promise of that trailer, she’s the one who’ll move into spotlight in the coming days. Let’s circle back to this on Monday.

For now, it’s the Dolly and Jen show. They’ve been interviewing each other, they were on James Corden together. Talking about Jen’s dog, Dolly, named after Dolly Parton.

There was some talk of Friends and how Jen’s open to that reunion but the guys don’t want to do it so she, Courteney Cox, and Lisa Kudrow keep talking about doing their version of Golden Girls one day which…isn’t a bad idea?

And of course this has given the internet a new dream: Dolly, Sandy, and Jen, give them something to do together. I don’t even think it has to be that complicated. Just roll on it as they’re throwing back a few and we’ll see what happens.

So far the reviews for Dumplin’ haven’t been great. They’re not horrible but, as EW put it, “Dumplin’ isn’t the pageant winner, but a sweet and proud runner-up”. I’m pretty sure people aren’t going to mind that at this time of year? More on Jen coming up in the next post. 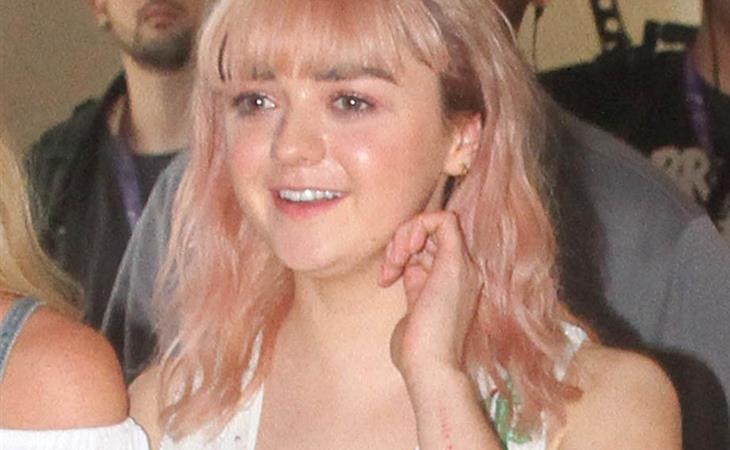