Drake’s new song, “Laugh Now Cry Later”, dropped last night – the rumour about Bruno Mars was wrong. The video was shot at 12am at Nike Headquarters in Oregon. So basically this is both a music video and a commercial and… well… don’t they all and when it’s Drake it’s just extra everything, I love it. But mostly how well he knows how to meme himself – which is not easy, in fact few people can actually pull it off. Meme-ing yourself, or positioning yourself so that you can be memed, is like giving yourself a nickname. This is not a problem for The Boy, now known as Certified Lover Boy, lol. That is the title of his upcoming album. Drake’s on a romance groove right now. “Laugh Now Cry Later” has that vibe. Especially with all the times he says “baby”. Which brings us back to punctuation.

When you listen to the track and you write out the lyrics, how do you style “baby”? Genius is just putting it behind a comma after the preceding lines. Like this:

“Sometimes we laugh and sometimes we cry, but I guess you know now, baby
I took a half and she took the whole thing, slow down, baby
We took a trip, now we on your block and it's like a ghost town, baby”

But the thing is, especially when you watch the video, “baby” is emphasised every time – by Drake himself and by all his friends making cameos: Kevin Durant, Odell Beckham Jr, and Marshawn Lynch. So I feel like the styling of the word in written form needs to pop, with punctuation, ha!

“Baby” on its own line. And the period behind “baby” is critical. It’s a more accurate representation of how it’s delivered in the song. Except, as I’m sure you’ve heard, for a certain generation, and Drake definitely reaches that generation, the period is offensive. For many, using a period at the end of a sentence in text is considered rude and can be read that you’re annoyed. Which is not the tone that Drake’s going for all the times he says “baby” in the song.

I do not agree with the new branding of the period. But punctuation is a part of language and language is fluid, and it doesn’t matter if I don’t like it, the language and the culture have evolved to the point now where the period can offend. And if the point is effective communication, if certain people read aggression in the period after “baby”, then the period might not be doing the job it needs to do. So… I guess it’s the ellipsis then? Still with “baby” on its own line though.

Can we agree on that? Let me know how you’d punctuate the “baby” in the song! 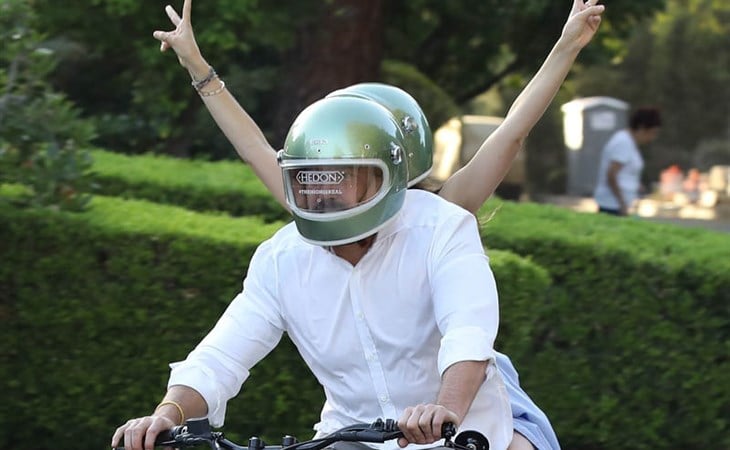