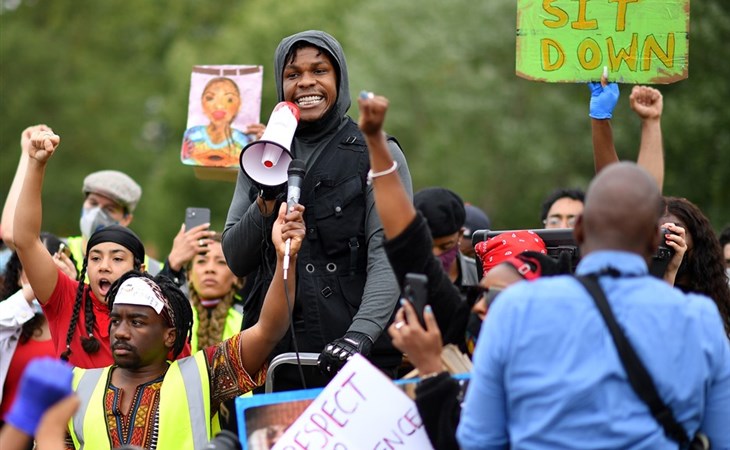 John Boyega joined protestors in London yesterday in support of Black Lives Matter, delivering an impassioned, emotional speech denouncing anti-Black racism, calling for justice for George Floyd and Breonna Taylor and Ahmaud Arbery and so many more, and praising the contributions of Black women. He also made it clear that he’s aware that his activism might cost him his career. In response, many show business creators stepped up to reassure him that he would not have a problem finding work. Or, more accurately, the work will find him:

I would work with John Boyega and I urge other Non-Black creators to affirm that they have his back as well. https://t.co/SqXgmIS5aR

Absolutely. I would be honored to work with @JohnBoyega and can only hope to have the chance. Weâ€™ve got your back, John. Donâ€™t hold back. https://t.co/4d5gA3RRkj

I would crawl through a barrel of broken glass to have John Boyega even so much as *glance* at one of my scripts. https://t.co/0bcLeldaEg

John had reason to wonder if he was jeopardising his career because he is protesting though. I mean, it’s absurd – that a Black man protesting anti-Black racism would have to worry about losing jobs – but that’s the reality that we’re dealing with here. John’s reality over the last few years, with Star Wars, has been relentless racism, because you know how toxic fandom can be, and the Star Wars fandom is among the most toxic. It started as soon as he was cast – they found out a Black man was one of the leads when they announced the new trilogy and the racist abuse came instantly, without interruption.

As many have already pointed out in the replies below that tweet, Star Wars hasn’t always come through for John, both in the story and as so many of its cast members have been attacked by racists and misogynists over the years. With that in mind, make note of this message that Kayla Grey posted the other day:

After posting content or statements which denounces racism, I encourage networks or companies & leagues to take a walk through their comment sections.I understand trolls will do what they do but check your ratio in response. Who have you made space for?

For corporations and brands, for non-Black members of the Hollywood ecosystem, for all of us, really, which segment of our followers do we cater to and value? Which ratio do we prioritise?

Seth Rogen has been checking his ratio. And he’s been telling the sh-t ratio, the ratio of racists who follow him or who used to follow him to f-ck themselves, speaking directly to people who he has profited from that he doesn’t want their money if they’re all about all lives matter, if they’re out here denying Black pain, undermining Black trauma, actively working against equality for all.

Even the most well-intentioned among us, myself included, are afraid of, as John Boyega said yesterday, f-cking up their careers, or compromising our popularity. This has certainly been my weakness as I’ve tried to correct my past mistakes, do better, be a more effective ally, and use this platform to be part of the change. The fact is, there are Amy Coopers and Central Park Karens who come to this site. They contribute to this site’s traffic. They don’t want to be “preached at” all the time. I just heard from someone last night who was like, this is no fun, where’s the gossip, and then they bounced for good. It’s on me to train myself to stop caring and direct the energy where it’s right and identify what’s truly valuable. It’s on corporations, brands, Hollywood studios, producers, decision-makers to do the same.

We’re definitely going to keep gossiping. But we can use gossip to push for awareness, right? So if you’re here, if you’re the ratio that’s sticking around, we appreciate it. 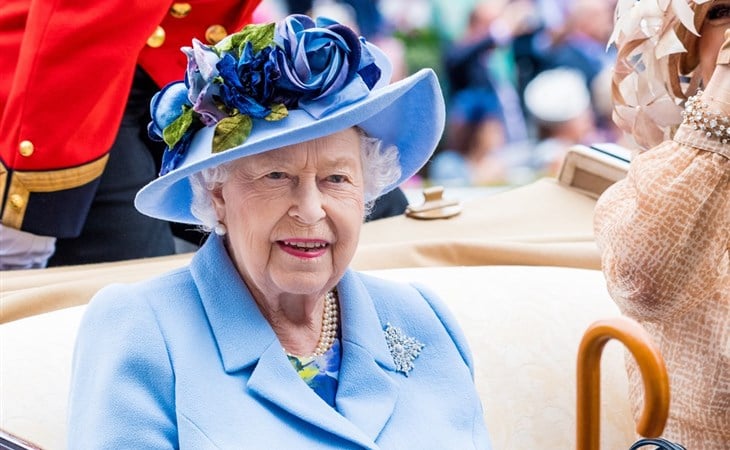 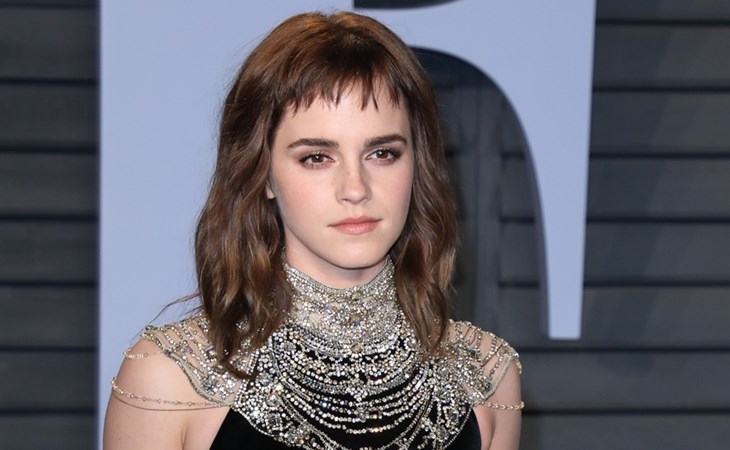