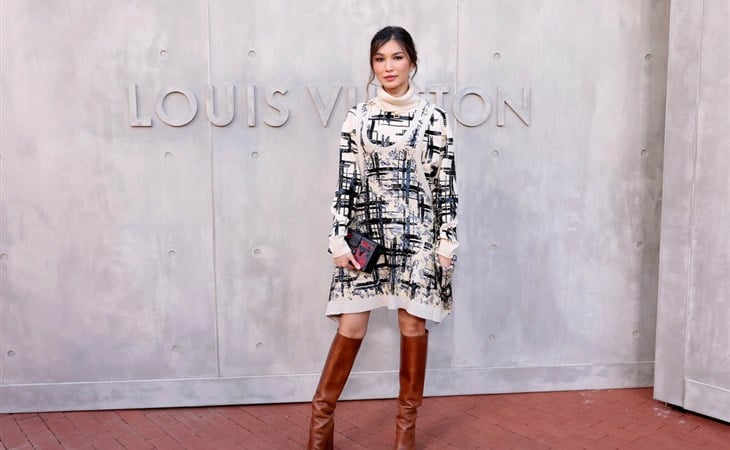 Gemma Chan was at the Louis Vuitton cruise show in San Diego yesterday and sat next to Anna Wintour at one point. If you’re curious about why San Diego (I was too), WWD has an article about why Nicolas Ghesquière wanted to have the presentation there and specifically at the Salk Institute.

We’ll come back to Gemma’s fit in a minute, because we need to talk about Crazy Rich Asians. The movie came out in 2018, a proper hit. But now, four years later, the sequel is still in development. That’s a longer gap than some Marvel movies. Maybe that’s the comparison, though, because it seems like they’re building a Crazy Rich Asians universe with the announcement that Gemma and Harry Shum, Jr. will star in a CRA spinoff about their characters, Astrid and Charlie.

For those who might not remember, Astrid is the crown princess of this world – the most beautiful, the most stylish, the most everything – and in the first movie/book her husband cheats on her but at the end, she and Charlie have a moment. We found out more about their relationship in the second and third books.

Astrid and Charlie are the reverse of the Nick and Rachel situation. Rachel was the commoner who was rejected for not being good enough for high class Nick. Similarly, Charlie occupies that position in his relationship with Astrid although he goes on to become a billionaire, because of course he does – these are ROM-COMs, it’s what we signed up for, don’t complain.

Anyway, Astrid and Charlie’s story is apparently advancing concurrently with Nick and Rachel’s. Deadline is reporting that it’s in early development which I assume means that it frees up China Rich Girlfriend (when it finally happens) to keep the focus on Nick and Rachel and their situation.

I can understand why they wanted to split some of this up, because if you’ve read the books, there are so many characters, and a few key new ones introduced in the second book, and maybe that would have been too dense, to get it all done in one movie.

What’s especially exciting about the spinoff, though, is that it’s Jason Kim who’s handling it. Jason’s worked on Barry, Girls, and Divorce – all HBO projects – and he co-wrote KPOP, a new musical debuting on Broadway in October.

KPOP is coming to Broadway! Join the fandom at the Circle in the Square Theatre starting October 13, 2022. See Luna, founding member of the leading KPOP group f(x), starring as MwE! pic.twitter.com/7pOy4PLIuF

Jason is also working with Michelle Zauner to adapt her bestselling memoir Crying in H Mart and he’s creating a K-pop comedy series for Amazon with Scooter Braun and Tablo from Epik High. I’ve been meaning to talk about Tablo for weeks now because of the podcast Authentic: The Story of Tablo, a Vice and iHeart co-pro; in my opinion, it’s the best pod of the year. It’s about celebrity, scandal, disinformation, and conspiracy… and it happened wayyyyy before all of those issues became part of our shared cultural reality. That deserves its own post in its own time.

The point here is that Jason Kim is one of the most exciting creatives in the business right now and is flexing all kinds of versality from television to film to stage. He’s repped by Blue Marble Management which was launched by Theresa Kang-Lowe a couple of years ago. I mentioned Theresa back in March when Pachinko premiered (she’s one of the producers). Theresa is becoming a major power player in Hollywood – and with Jason on her roster, this is the next phase of representation. Asian American artists are gaining more prominence in the industry. But Asian American bosses – from agents to studio executives in leadership positions – also have to be part of the conversation to make space for new stories and talent.

As for Gemma’s outfit, it’s a knit tank dress over a turtleneck sweater and the most delicious pair of brown boots that go with everything, even black and white and hints of blue, with a red accent clutch. 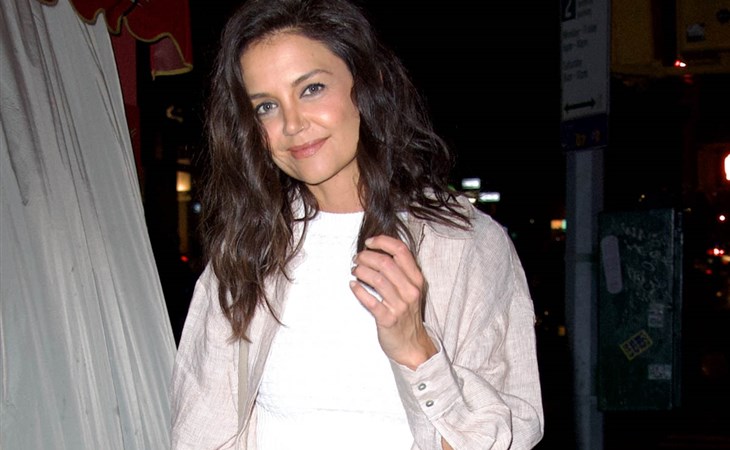 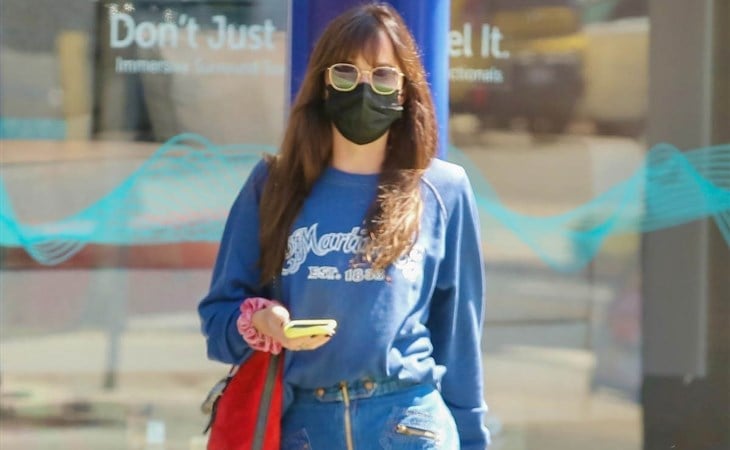