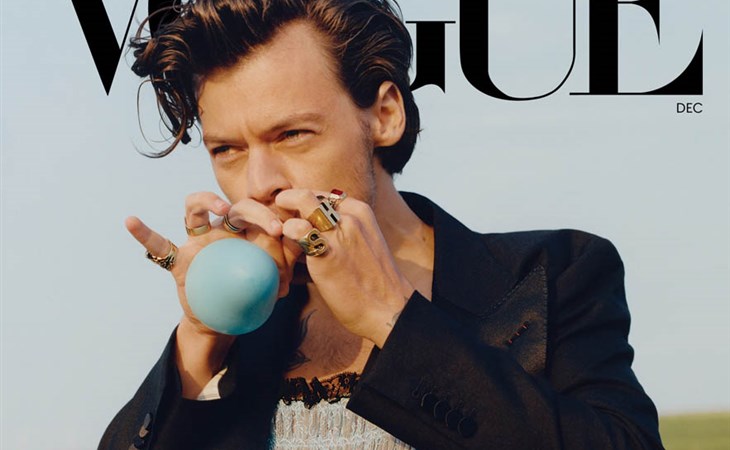 Harry Styles is “Early for Everything”

There’s a lot I like about Harry Styles but I’ve just learned something new – and it might be my favourite Harry Styles quality: he’s “early for everything”. This detail comes out of his new Vogue cover story when he shows up for the photo shoot not just on time…but EARLY.

And I know, I know, I know. Showing up on time shouldn’t be a value-add. It should be a basic. But with celebrities? Most of them are never on time. You have to be on time. And then you have to waste your time when they don’t respect your time. To find out that Harry Styles who, again, I already have so much affection for, is not only on time but is actually often pre-time is, well, it sets him apart. And you know, for a cohort that always wants to stand out and be considered unique, I’m surprised they all (with the exception of Harry and a few others) don’t mind being lumped together when it comes to punctuality.

Anyway, Harry’s punctuality is probably not the part of the interview that most people are focusing on. There’s really not one pullout quote that’s better than the rest but the whole vibe of the piece is full Harry Styles energy – he’s a free spirit, but not pretentiously so; he has embraced his fame with the kind of ease that we really haven’t seen from so many of his peers…without turning into a popstar douchebag or losing any of his humanity, at least that’s how it seems; and he comes across as sweet and approachable and kind. Which brings me to my second favourite Harry Styles quality: he has never turned his back on his boyband roots and instead leans into them, valuing the fans, the teens-turned-young-women, who have made his solo career a success and instead advocates for their cultural value when they are dismissed so readily by the olds and the elites.

This is also a portrait of a new kind of rock star – one who still, probably, is all about sex, drugs, and rock’n’roll but balances it with binge-watching Netflix with his friends while he makes big pots of soup.

And of course this is also a fashion magazine so we see Harry in an array of high fashion pieces for the season, like the the Gucci grey lace-trimmed gown he poses under a black blazer that feels like it’s a sweatsuit that wants to be a dress. And he’s not just seen in the clothes, he talks non-stop about clothes, about playing with clothes and looks and shapes. I love the styling and I love these pictures by photographer Tyler Mitchell who, you’ll recall, is the young Black talent who shot Beyoncé for American Vogue a few years ago. Our Queen’s fingerprints are everywhere.

I opened today’s site with speculation about PEOPLE’s Sexiest Man Alive 2020 and originally had Harry included until I saw on Twitter that he was trending for covering Vogue which is when I took him out of the running because while of course the SMA could have been Harry Styles, I don’t think it will be now, especially since you don’t want to oversaturate the market. And besides, covering Vogue is much more prestigious than being the SMA.

Head to Vogue to read the full article.