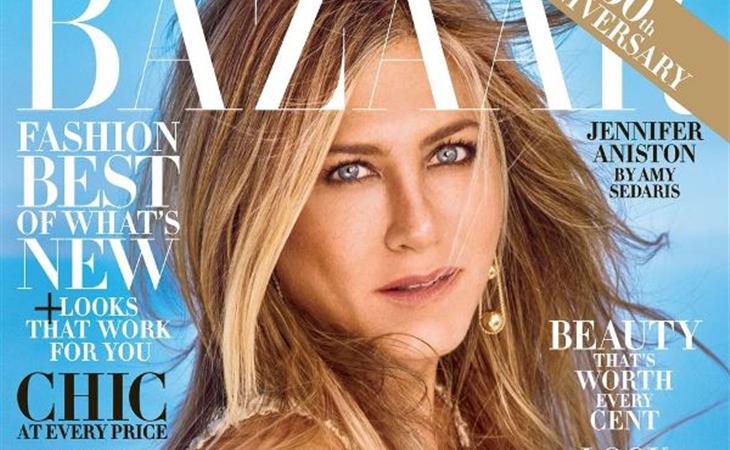 Jennifer Aniston is on the cover of the October 2017 issue of Harper’s Bazaar to promote her new fragrance, Jennifer Aniston Luxe. Amy Sedaris did the interview though. Which is why it’s a longer conversation than what usually happens in a Jennifer Aniston beauty magazine feature. I feel like I’ve probably read every Jennifer Aniston magazine article over the last 20 years. This one might be the best one, because Amy is a close friend of Justin Theroux (she was the best man at their wedding) so there’s a lot more detail, gossipy details since Amy’s asking the questions from an insider’s point of view.

Like what she just gave Justin for their anniversary – “our edited video of the wedding”. And a scrap of information about her wedding dress, which we still haven’t seen. This is interesting, non? We all remember the photo from her first wedding. 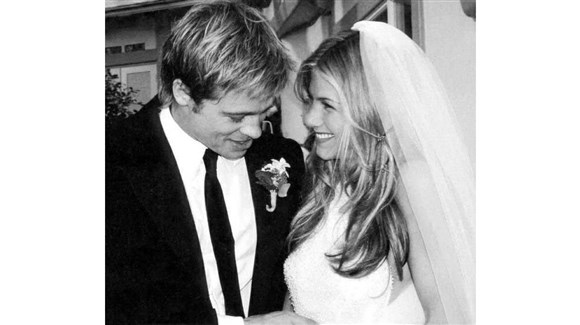 That was actually the only official shot that was ever released by Jen and Brad Pitt after they got married. It reveals enough but not that much. We don’t know what the bottom of the dress looked like. Or the back. We’ve never seen the full length of the veil. And we have yet to see a shot of her and Justin at their wedding. (We did, however, get an entire photo album of Brange’s wedding which, in retrospect, was probably a bad omen.) Will we ever see a shot of Jen and Justin at their wedding? If she’s a strong contender at some point for an Oscar?

-Jen still speaks in corny platitudes. Like “brother from another mother”. And later, “sisters from another mister”. I dunno, maybe it’s an inside joke. But it makes me crazy how she recites from the pages of a Chicken Soup book.

-Jen is always renovating. She redid Justin’s apartment in New York and their place in LA. Also she loves entertaining and she and Justin have people over all the time.

-She’s really crafty. She made a wedding day fragrance for her friend Andrea.

-She hosts spa nights and gives everyone facials.

-She takes vitamins. She obsessively hunts down new vitamins.

Ummmmm….are you smelling what I’m smelling? Do you smell goop? It’s not even that subtle. She actually puts it right out there:

“My dream is to open a wellness center. I have a fantasy where you have this beautiful space with facialists, rotating workouts, meditation classes, and a café with recipes that are healthier versions of delicious foods so you’re not deprived. I’m working on it in my brain. Not to sound all woo-woo, but if you go out into the world with inner peace, you’re more joyful. There’s a life’s-too-short policy that I now have with my work; no negative Nancies. So I’m looking forward to my facial.”

Sounds like Jennifer Aniston wants in on the wellness game. I mean she’s kinda halfway there. With the water contract, the hair products, the skincare through the Aveeno sponsorship, the fragrances, the fitness, we know she knows about a good tan, she’s an expert at Cabo and Mexico so the travel component is there, and evidently she knows about interior design. And the MiniVan Majority thinks she’s fashionable. A line of little black dresses would totally make sense. How much longer before Jennifer Aniston Lifestyle Enterprises is a reality?

Click here to read the full Jennifer Aniston interview at Harper’s Bazaar. The cover looks weird to me. They’ve chosen a shot of her face at a weird angle. It’s almost unrecognisable. 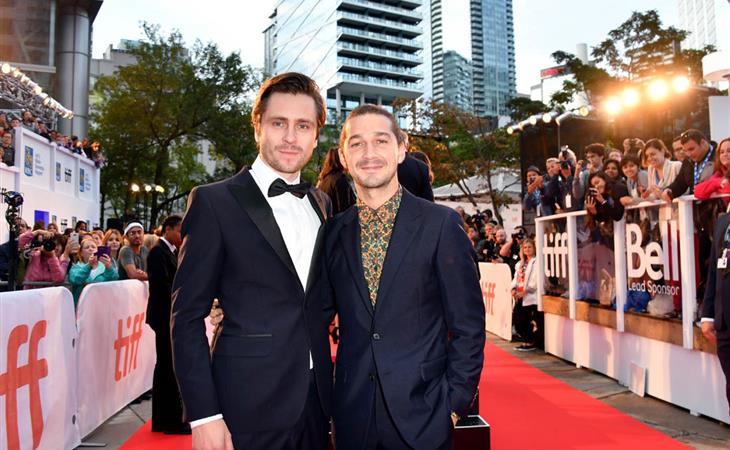 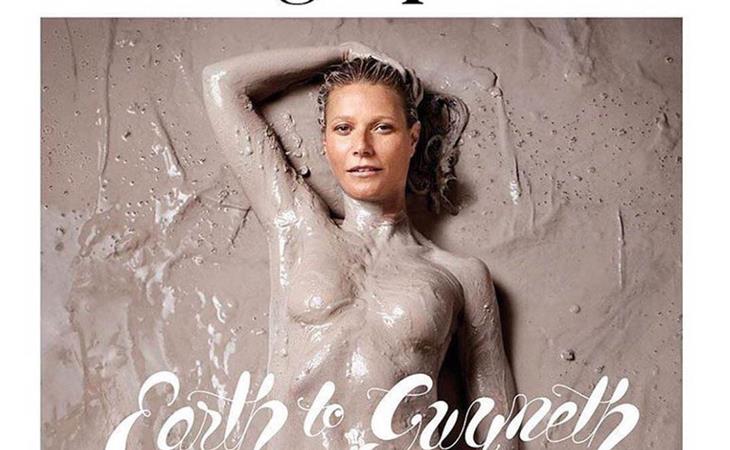