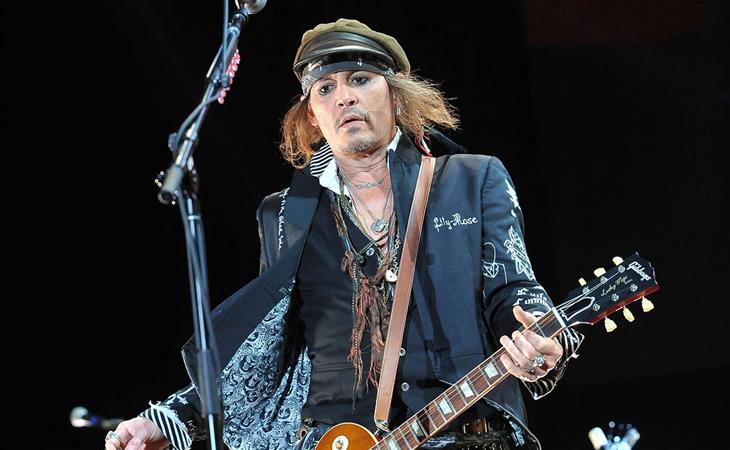 The cover of this month’s Rolling Stone features Cardi B and Offset. Underneath their headline is a Rolling Stone exclusive, “The Troubled World of Johnny Depp”. The article was published online today. It is over 10,000 words. There was a time when a 10,000 word exclusive interview with Johnny Depp would have been worth at least a cover. These days it’s in the inside pages. That pretty much sums up Johnny Depp.

The writer, Stephen Rodrick, was invited by Johnny’s lawyer, Adam Waldman, to spend a few days with Johnny in London. They meet at night and stay up until dawn. They drink, they smoke, they watch TV, because Johnny claims to want to tell people his “truth”. The truth that emerges out of this piece is that Johnny Depp is a mess. His finances are in disarray. His personal life is f-cked. He does a lot of drugs – Stephen actually describes Johnny’s relationship to drugs, and hard drugs, as “evangelical”:

Depp is evangelical in the uses of narcotics and thinks they could have expedited the capture of Osama bin Laden.

Later on there’s a paragraph about how one night, when they’d been up all night, everyone else was tired, but Johnny left the room for a short while and returned… not seeming tired at all:

Outside, the London dark is giving way to a gloaming predawn. Everyone is exhausted except for Depp. He disappears for a few minutes and returns reanimated, and then proclaims that we have to watch his good friend Marilyn Manson's "KILL4ME" video, starring Depp in a series of lewd poses with barely clad women. Depp cranks the television's volume and shouts above the industrial guitars, "Marilyn's the best. He's such a good friend. He's played Barbies with my daughter." Waldman groans at the Manson music and buries his head under a pile of throw pillows. This doesn't dissuade Depp, who turns the sound up until the screen reads 99.

That reads like obvious subtext to me. If you’ve had any experience being around a user, you probably have some suspicions about what just happened there.

This is the rock’n’roll life. The kind of life Johnny considers his best life, the coolest life. Marlon Brando and Hunter S Thompson, his idols, come up a lot. He has modelled his life after theirs, because they were true originals. (Apparently nobody has explained to him that you can’t really be a true original when you’re COPYING who you consider to be a true original, f-ckwit.) And he’s a true original, Hollywood’s ultimate anti-establishment bad boy. Which is what he and his lawyer, Adam Waldman, are apparently leaning into with this lawsuit against his former management company TMG:

Waldman seems to have convinced Depp that they are freedom fighters taking on the Hollywood machine rather than scavengers squabbling over the scraps of a fortune squandered.

They think this lawsuit will “change Hollywood forever". Like they’re the little guys in this situation, taking on Thanos:

Waldman is Depp's self-styled avenger. "No one challenges the monster of Hollywood and survives," Waldman tells me. "Everyone is too afraid. Johnny's not afraid."

Which is so f-cking stupid because this is a guy who’s fighting for his right to spend $30K a month on wine and several million to shoot his dead friend’s ashes out of a goddamn cannon. Nobody in this situation is a martyr, GOD. Especially not Johnny Depp who, while insisting he’s so un-Hollywood, is actually really, really Hollywood:

As Stephen Rodrick observes, Johnny doesn’t seem to have many friends. Adam Waldman might be his best friend these days. So his BFF is this lawyer who quotes Godfather lines at him and may or may not have ties to Putin and Russian oligarchs. Adam was the one who set up the interview. It’s made clear here that Robin Baum, Johnny’s longtime publicist, one of the most powerful publicists in the game, who also represents Ryan Gosling, Daniel Craig, and Chris Hemsworth, was not involved. Of course she wasn’t involved. Because it wasn’t a good f-cking idea. Because while there is certainly *some* sympathy here (a generous take would be that Johnny lives a sad lonely life and we should feel bad for him about that and not remember that he beat his wife), there’s also a lot here that is unflattering. Movie stars like Johnny Depp are investments. Investments are supposed to be pay off. There is not much in this piece that suggests that Johnny Depp is still a good investment. And that’s always, always one of the goals of publicity. It’s also the goal financially. Because, remember, he’s doing this to fight for his money! He needs money! Johnny Depp, the ultimate non-conformist free spirit can’t continue to not conform and be free unless he gets all his money back and more.

Also, Johnny Depp, the free creative, the pure artist, needs an earpiece when he’s acting so that his free creative pure spirit doesn’t have to be confined by bullsh-t, like words:

Then things got personal. According to the suit, Depp kept a sound engineer on the payroll so he could feed him lines through an earpiece while filming. This Depp does not deny, saying the sounds fed to him made him act with just his eyes.

"I've got bagpipes, a baby crying and bombs going off," says Depp. "It creates a truth. Some of my biggest heroes were in silent film," Depp tells me, lighting another cigarette. "It had to be behind the eyes. And my feeling is, that if there's no truth behind the eyes, doesn't matter what the f-cking words are."

I’m impressed. This is, indeed, a really imaginative way to justify laziness.

Click here to read all 10,000 words on Johnny Depp in Rolling Stone. Or, I guess, just look into his eyes. 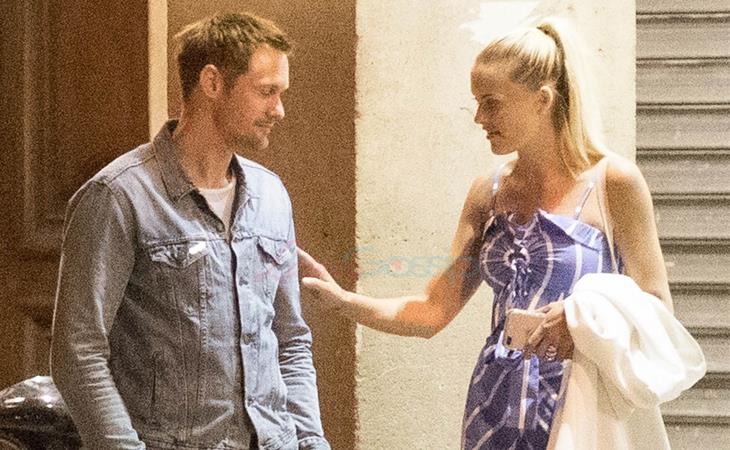 Alex is not with Charlize 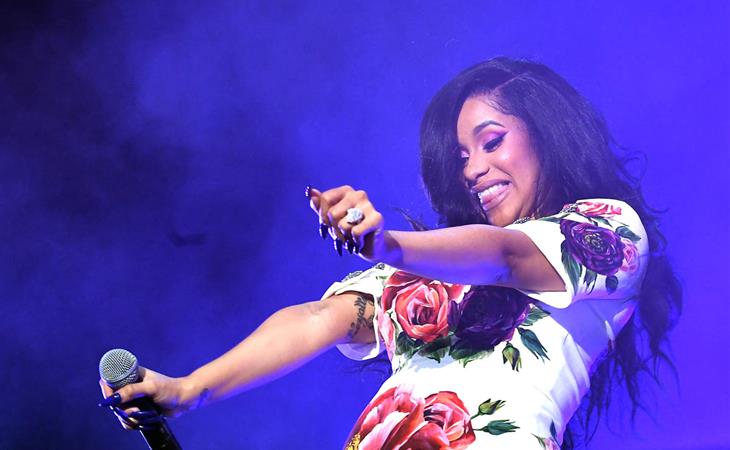