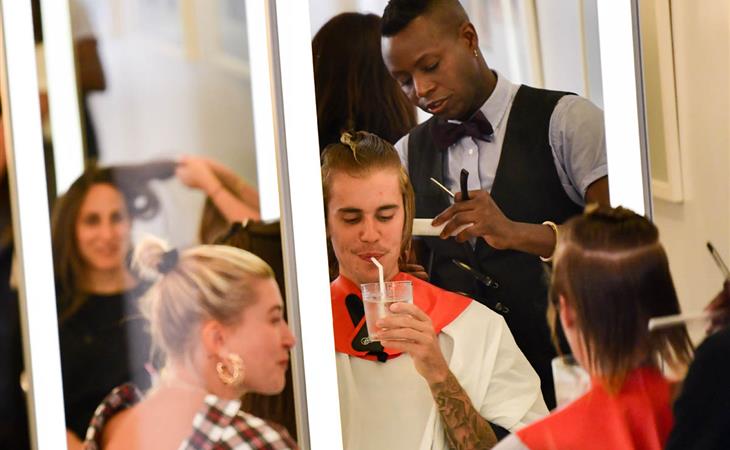 Yesterday, Maria wrote about these photos of Justin Bieber and Hailey Baldwin crying while riding bikes. These two need to do less. I’m an emotional mess 75% of my life and even I reserve moments like this with my partner for the privacy of our home. I don’t want to make light of a serious situation if that’s what going on here but if they’re feeling their feelings this hard, maybe their security should step in and tell them it’s not the best time to rent Citi Bikes and stroll through the city when you know you’re constantly followed around by paparazzi, you know?

About 24 hours after their Dan Fogelman-directed ride of FEELS, Justin and Hailey were photographed smiling at a salon in New York while Justin got a haircut. Maria foreshadowed this very momentous occasion.

The obvious question is: why is Justin crying outside? I’ve come up with a few theories.
His hair: let’s face it, it’s weird right now. It’s like a side swoop with bangs combined with a mullet.

Justin Bieber’s aesthetic is the worst it has ever been. His hair is one of the main reasons his look is so atrocious. The hair needed to go. Maybe Hailey decided to pick a public place to finally tell her man that his mane was a deal breaker. Maybe Hailey gave Justin an ultimatum: we can shotgun our wedding like you so desperately want but only if you get rid of your budget ‘90s Claire Danes hairdo.

Hailey is looking on so adoringly while Justin gets his haircut; this is the only logical explanation. She seems very relieved that Justin is finally washing his hair but my question is this: did Hailey get a say on the final style? I’m always trying to convince my dude to do his hair certain ways and he never listens to me. The reveal photos of Justin’s cut are only slightly better than his un-showered wannabe Kurt Cobain aesthetic. At least it looks clean? The mullet is still there. Maybe Hailey is taking baby steps to get Justin back to a presentable point just in time for the wedding. Next step: wardrobe. God, this outfit is awful.

You know who Bieber is starting to look like? Aaron Carter. I’m just going to leave that there. 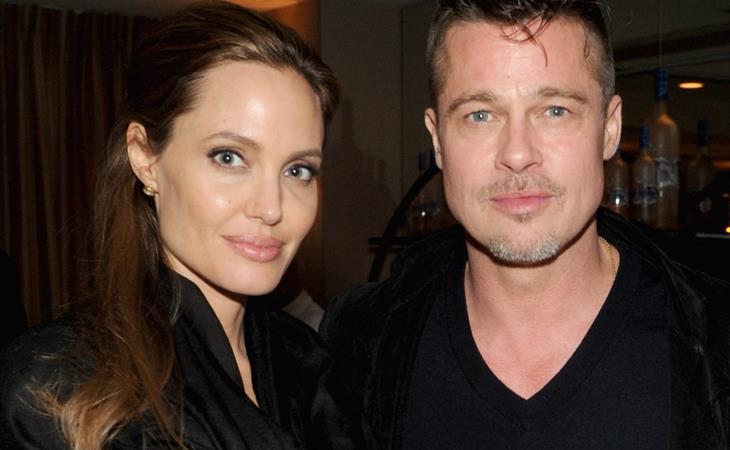