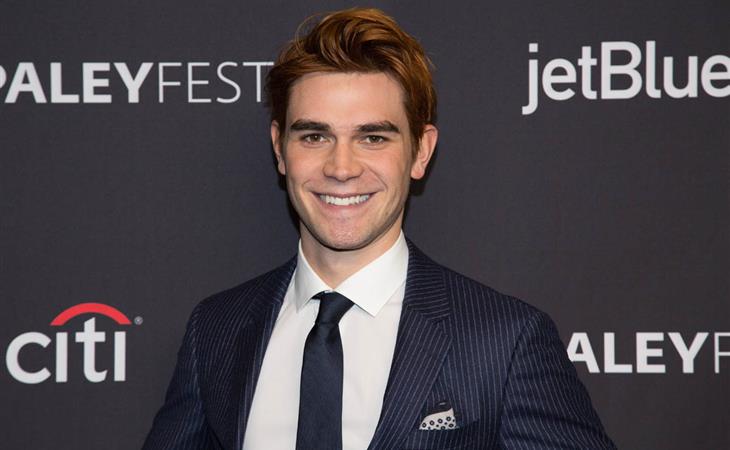 KJ Apa in The Hate U Give

Last year, Lainey and I yelled at you many times to read The Hate U Give. I’m not going to yell at you again because by now, I expect that you’ve done your homework. If you haven’t, you have until the film adaptation hits theatres to get your life together and read the book it is based on.

I feel even more certain that you should read the book first because the movie has been plagued by some unfortunate circumstances that I can’t help but worry will impact its quality. The cast of The Hate U Give is essentially ripped from my dreams and made up of Issa Rae, Regina Hall, Common, Anthony Mackie, Russell Hornsby and Amandla Stenberg as Starr. Starr’s boyfriend Chris is a pivotal character in the book and was originally set to be played by Kian Lawley, an actor and YouTube star.

Months ago when I first saw photos of Kian Lawley on The Hate U Give’s Instagram account (which have since been deleted), I was pleasantly surprised because I thought he was hot. Welp, that didn’t last long. Spewing racist slurs is the ultimate crush killer. Lawley was dropped from the movie after a video surfaced of him using the N word and making racist comments. This f-cking stupid kid. Of course, Fox 2000 made the right decision. There’s no way Kian Lawley could star in this project, based on a book about racism and police brutality, with his history of racist behaviour. Production was almost wrapped when Kian Lawley was fired and when I read the news that his firing would result in a week of reshoots, I got nervous.

Enter KJ Apa. I guess Christopher Plummer was unavailable (I’ll be here all week.) Deadline reported yesterday that star KJ Apa will take over the role of Chris. If you’ve been reading this site, you know how I feel about KJ Apa’s acting ability. Is this karma for all the times I’ve sh-t on KJ’s talent? Probably.

Listen, this is a hard situation for any actor to come into. He doesn’t have a lot of time to get into character and he’s joining a cast who has already shot an entire movie without him. This would be a tough situation for even the most seasoned actor. KJ Apa is not a seasoned actor. He can barely hold his own against a cast of his equally green peers on Riverdale. I don’t have faith that he can bring the vulnerability and depth needed to play Chris, Starr’s supportive yet naïve white boyfriend who must sensitively handle conversations about race and identity and all the sh-t that comes with interracial relationships.

However, I do have faith in the director, George Tillman Jr, and the rest of the stellar cast. I’m still disappointed that they didn’t cast Nick Robinson, who should play every white teenager in a movie until he turns 30. We also already know that Nick has amazing chemistry with Amandla Stenberg (see: Everything, Everything) but I digress. Maybe KJ Apa can pull this off. He’s going to be surrounded by people who may elevate his abilities from mediocre to acceptable. Maybe I’m being too hard on KJ Apa. Either way, I’m going to be there opening day to support The Hate U Give and to see if KJ has it in him to surprise me.

Here’s some good news: the one thing I can stop worrying about is the bad red dye job KJ sports when he’s Archie Andrews. Reports say that he’s darkened his hair in preparation for the role and has already arrived in Atlanta to start re-shoots. 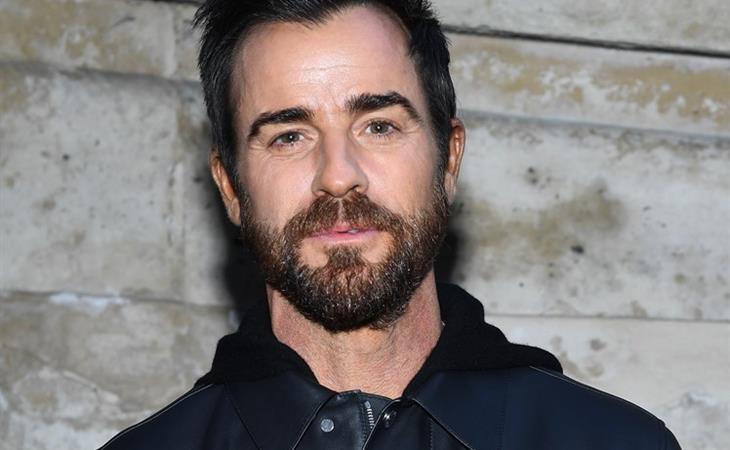 Zac Efron and Riverdale cast at the Teen Choice Awards