Last week’s episode of Keeping Up With The Kardashians gave us a closer look at Kourtney and Addison Rae’s friendship, and it had a lot of people scratching their heads (including the other Kardashians) asking: how could a 20-year-old be besties with a 42-year-old mother of three? If you take out the fame factor, is this possible in regular circumstances?

I binge-watched every episode of Keeping Up With The Kardashians a few months back (I may have a reality TV issue), and something I noticed while going through the seasons was Kourtney’s enthusiasm slowly dwindling. In the beginning, she was willing to bare it all, which is why we know so much about the ups and downs of her relationship with Scott Disick, her children growing up, and every dramatic storyline that came with her and her sisters. Then, Christmas photoshoot-gate happened where Kim said Kourtney was the “least interesting” Kardashian to look at. It’s basically been downhill from there. After that incident, Kourtney said she couldn’t wait until the show was over so she didn’t have to continue having fake relationships with her family. She also mentioned how she doesn’t feel like she has the same values as them. Here’s a detailed timeline up to March 2020 of how things went down.

Bottom line, she doesn’t vibe with her family the way she used to. When her family saw how happy she was every time Addison was around, they got suspicious. In the episode, Kim and Khloe talked about how confused they were about the new friendship because Kourtney had been joyless before she showed up. They couldn’t wrap their heads around what they could possibly have in common, which is exactly what most people, including me, were trying to figure out.

I was born in 2000 just like Addison. I think of myself as someone who is able to get along with everyone, but I can’t say it would be easy for me to be best friends with someone more than twice my age on a level like these two. It’s one thing if the relationship was an acquaintance at my job, or the kind of friendship I have with my chiropractor I see for 30 minutes once a month. Besides that, at this point in my life, I don’t see how I would be able to have sleepovers with someone that much older than me. Everyone knows that the best sleepovers include talking about your love lives. Something about talking to a 41-year-old about my boy issues makes me nervous. Maybe part of that is because my mom is around the same age, but I want to be able to tell my issues to a friend that is as close to the lived experience as possible. It would also be hard to relate to someone in another generation when Gen Z has so many references only we understand. Whether it’s an old TikTok, slang, or a viral tweet, I find our generation to be pretty specific with how we communicate. It’s not that I’m unable to speak in non-social media specifics, but when I get comfortable with someone, I’d like to let loose and talk like how I would with other friends. Trying to explain why I randomly sing “waking up in the morning” every once in a while would make communication awkward with someone who doesn’t get it. It’s just not as fun.

It’s more than the age difference, though. I don’t think we would have life experiences that would align. As a third-year journalism major, all I can talk about right now is online-school burnout and praying that COVID-19 will relax so I can go to the beach with friends I haven’t seen in months. I would imagine that a 42-year-old might be worrying about whether or not they’d have to take time off of work to take care of their kids staying home because of new restrictions and/or vaccination schedules and other caregiving duties. I don’t have any friends in their 40s with three kids, but my mom is one, and she definitely does not have the same life stuff going on as me.

Still, while it may not work for me, it seems to be working for them? From the outside, they look like they have a fun and healthy friendship. After meeting through mutual friend and YouTuber David Dobrik last spring, Kourtney and Addison became super close and spent a lot of time together during quarantine. Throughout the episode, we see Kim and Khloe try to crack the code with how Addison has made Kourtney so giddy, and even went to the lengths of inviting Addison over for a lunch behind Kourtney’s back. It only got more awkward when Kim straight out asked Addison if she and Kourtney were hooking up. Scott was there too and said he was wondering the same thing. So awkward. Addison denied it, and pointed out how weird it was that they got that impression. Later on when Kourtney confronted her sisters about the lunch, she said their friendship is solely based on “energy and vibes”. To me, that’s probably what I’d say if someone asked me why I was friends with my BFF, so for her, it’s literally just because they have a good time together. When you connect that to the fact that she has had a rocky relationship with her sisters, it all makes sense.

Because even though she is a mother of three, Kourtney isn’t what you’d call a typical mother of three. She’s been in the spotlight for most of her life, and is able to spend more time doing more extravagant things than the average person, let alone the average mom. So now Addison comes along, fresh to California with her vibrant personality, and not only is it good energy, but they also have things to relate to because they are both in the same world. And I feel like Kourtney loved taking Addison under her wing and showing her the ropes when it comes to the spotlight, almost like a mentor. The difference between Addison and Kourtney’s sisters is that Addison is new to this world and isn’t jaded by the celebrity lifestyle. Out of the three Kardashian sisters, Kourtney seems to be the one who didn’t adjust as smoothly as their fame grew. The toxicity that Kourtney has referenced many times with her family was always connected to money and obsession over status and fame. Even though Addison is climbing the social ladder, she is nowhere near the Kardashians…yet… hence the reason why everyone, including the audience, was so shocked by it. Maybe this relationship is Kourtney’s way of showing her family that she can find genuine connections with other people that don’t have anything to do with status, because she definitely doesn’t need TikTok to stay relevant. This newfound relationship is Kourtney acting on what she has been speaking about for so many years; genuine connections with people with no expectations besides good vibes. She’s just showing people how serious she was about it, and Addison seems to be that breath of fresh air for her.

But how long this will last? It seems like they are still friends based on that Instagram post above. However, we’ve already seen a decline in how much they post together compared to last spring. Now that Addison’s career is taking off, she most likely doesn’t have the time to have as many sleepovers at Kourtney’s place anymore. The same thing may be going for Kourtney since she’s now in the honeymoon phase with Travis Barker. They may be celebrities, but they have the same challenges when it comes to making time for each other when they're busy. When I have periods in my life when I’m super busy, I turn to texting to catch my friends up. Most of the time, that looks like sending TikToks or viral tweets to each other that we both understand, which brings me back to my first point. When the friendship honeymoon phase settles, and Addison understands all things California and is a more experienced celebrity, what do they have left to relate on? Will Addison stay the exact same she was when they first met? Fame changes people, and this age is a formative time as it is – she’s going through a rapid identity transformation. Everything changes: goals, mindsets, dreams, you name it. And that gap is amplified even more if the person you’re in a relationship with is already established in life while you are still growing. She’s still young and trying to find her place in the world. And the pop culture world. When that mentorship isn’t needed anymore because Addison has made stronger connections with people closer to her age, I think her relationship with Kourtney will start to change. By the looks of it on social media, it may have already started to. 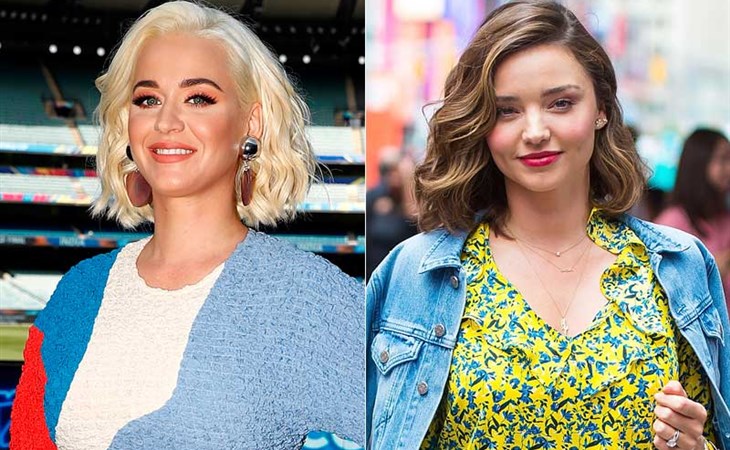