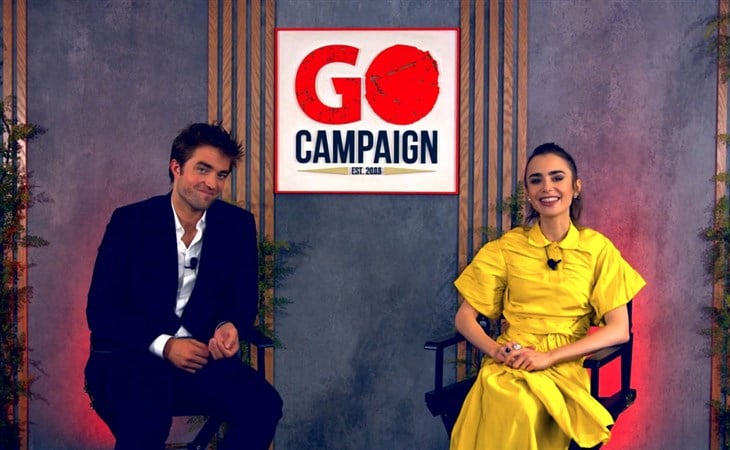 While Catwoman Zoë Kravitz was in New York this weekend, The Batman Robert Pattinson co-hosted the virtual GO Gala in LA. He’s been an ambassador for GO Campaign since 2015 and shows up at this event almost every year. This year he co-hosted with Lily Collins in an amazing yellow shirt dress over black tuxedo pants with a yellow stripe. I love this outfit SO much.

…which got me thinking about Robert Pattinson and Instagram. He is not on social media – at least not publicly. But it’s now a major marketing tool for celebrities. As I mentioned in the previous post about Zoë Kravitz, she recently scrubbed her IG account and left up only a shot of herself as Selina Kyle, Catwoman. More and more, celebrities are implicitly expected to promote their films on social media. There have been reports that certain people are actually chosen/hired for projects specifically for their social media following. But even big name established stars have joined in on the action. Both Jennifer Aniston and Angelina Jolie are on IG now.

There are, of course, certain holdouts. Or at least those who may use social media but keep private profiles or burner accounts. And I’m not talking about George Clooney but those major players from a younger generation. Emma Stone and Jennifer Lawrence, for example, two Oscar winners and bona fide movie stars, are not social media active – at least not publicly. JLaw dips into Facebook here and there but for the most part, in comparison to other stars, she’s basically invisible. Kristen Stewart also likely has a private account but does not publicly engage.

As for Robert, his girlfriend, Suki Waterhouse, is on Instagram and my theory is that he’s her IG boyfriend and that he does indeed have a private account. Will he be asked to go public with some kind of official account as we get closer to the release of The Batman? For a celebrity of his status, it wouldn’t be an obligation, and I doubt that they would lean hard on him to do it, but I can’t imagine that they haven’t asked gently, or will ask gently.

What’s the over/under then on whether or not Robert Pattinson gets out on Instagram for The Batman? 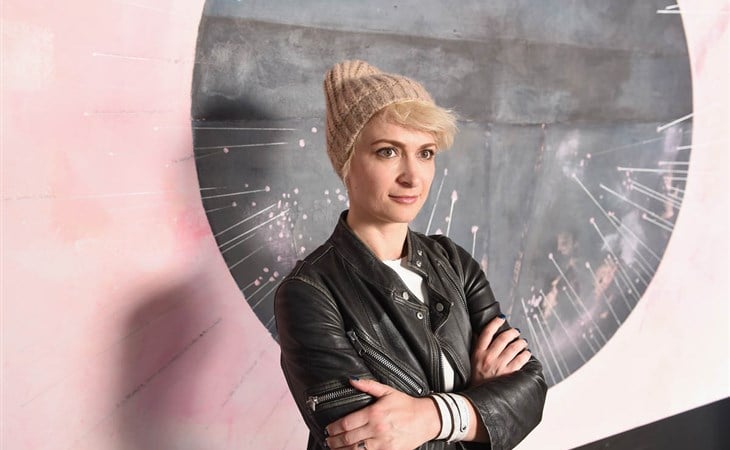 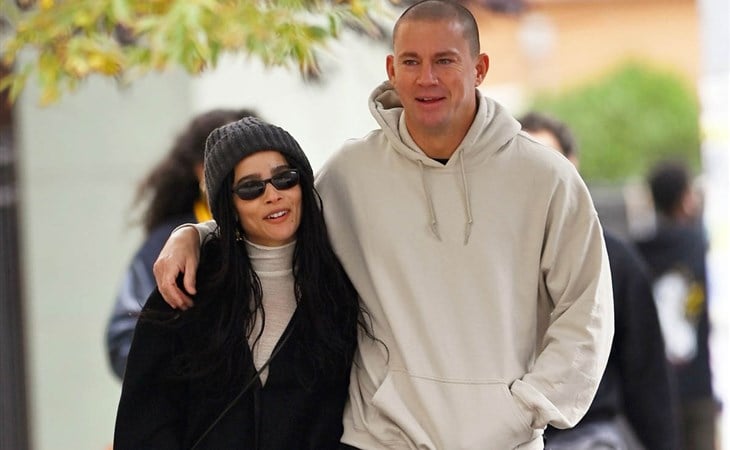 Zoë and Channing: A New Season